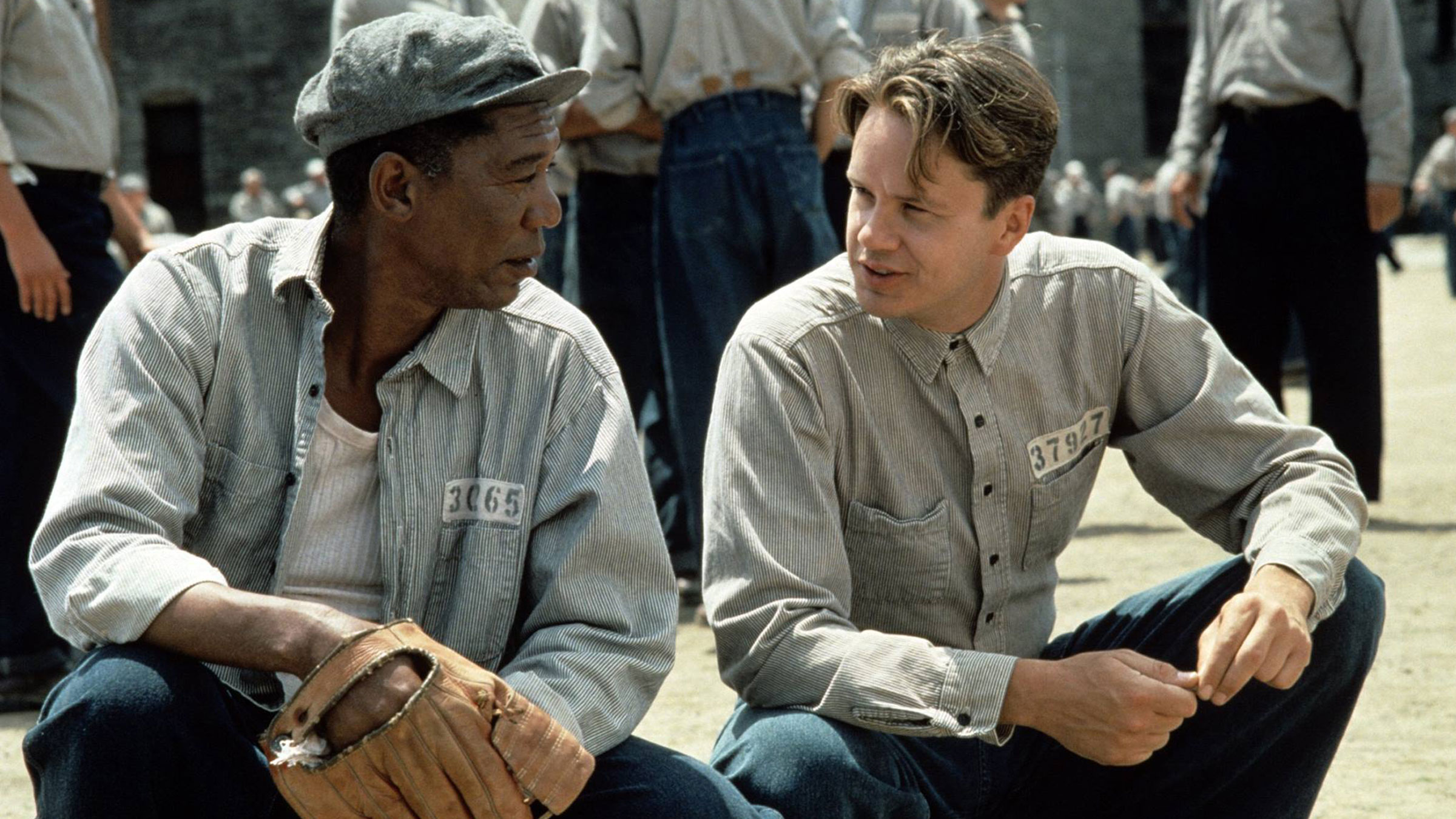 Like many movies The Shawshank Redemption was one that was initially missed by the masses (it only managed to break even at the box office) and despite being nominated for seven Academy Awards, it failed to win any of them. But great movies don’t always start out that way, time seems to make them age like fine wine. Movies which we now consider classics like Citizen Kane, Singin’ in the Rain and It’s a Wonderful Life were recognized as good movies, but they didn’t have any of the recognition that they have today. And so goes “The Shawshank Redemption”, a movie recognized as being good, but the masses stayed away from it as it appeared to be a depressing movie about life in prison. That and the movie came out in the Fall of 1994, when two box office titans – Forrest Gump and The Lion King were duking it out. Forrest Gump, brilliant in its own right, walked away with the Best Picture, Best Director and Best Actor Oscars even though this film is considered by many to be the better movie. The movie, for those who don’t know, was adapted from the Stephen King novel “Different Seasons”, a book composed of four short stories and until this came out, was best known for “The Body” which was the movie that inspired Stand by Me. Director Frank Darabont undertook the task of adapting the short story for the screen and took it to Castle Rock Pictures, who had produced “Stand by Me”. Casting was also a bit different as the character of Red was a white Irishman in the book and was portrayed by Morgan Freeman in the movie. This was one of several things changed, but in hindsight we can say that little was wrong.

Tim Robbins plays Andy Dufresne, a banker who was wrongly accused of killing his wife and her lover. He’s sentenced to life in prison at Shawshank prison in Maine, where he meets the men who would ultimately become his best friends. We see the movie through the eyes and insightful narration of Red (Morgan Freeman). His comments and observations shape the plot and how we perceive Andy and those around him. When it comes to “prison movies” there seems to always be a group of people who hang together – maybe that’s the way to get along on the inside. In “The Longest Yard” it was composed of a football team and here it’s a group of convicts who pass the time by betting on which new inmates will or won’t make the night. Andy is a reluctant member of this group, though he prefers to be isolated, he does develop friendships as the years pass. Some of those peculiar friendships include the Warden (Bob Gunton), a man who preaches the bible but whose soul is blacker than most of his inmates. And there’s the Chief of the guards, Byron Hadley (Clancy Brown) who takes charge once the Warden leaves at night – a man who is mad at getting money for his brother’s death because of the ensuing taxes; not at the loss of his brother. Hope is the central storyline here and as they say in the film, “Hope is a dangerous thing”. The movie discovers the power of the human spirit and how it can set someone free, which is the main reason for the film’s continued success.

The movie currently ranks at #3 in the Internet Movie Database’s Top 250 movies. It’s topped only by The Godfather, a deserving movie and The Lord of the Rings: Return of the King, an undeserving movie. Strangely enough, it was eligible for the American Film Institute’s list of Top 100 movies of all-time, but wasn’t selected. I feel that if the list were chosen today (it was selected in 1998), it would be on the latter list. What “The Shawshank Redemption” shows us is that a movie doesn’t have to be formulaic and star “A” list actors to be successful. The movie is a throwback to movies of the 40’s and 50’s in the tone and direction. Director Frank Darabont went onto film a few other movies in the same tone as this, “The Green Mile” a great movie in its own right (and also a story inspired by Stephen King) and “The Majestic”, an underrated movie as well starring Jim Carrey as a screenwriter. It’s hard to say if many movies made in the last twenty years can truly be considered “Classics”. Suffice it to say that this movie belongs in every film-lover’s collection out there and if, for some reason, you’ve never seen it – it has probably the best 45 minutes of an ending that I’ve ever seen. My mouth literally hit the ground. The Shawshank Redemption is certainly a movie that has earned its place among the best ever made.

When you’re dealing with one of the most acclaimed films of the last few decades, I have to imagine there’ll be some critics out there waiting to pounce if something is wrong with the picture. In short, Warner needs not to screw this up. They didn’t. This is the film’s first foray into 4K territory and the 1.85:1 HEVC 4K picture is exactly what we thought it’d be – stunning. The image displays a very solid level of detail, without giving way to edge enhancement. Though most of the entire movie features a very muted color palette, there are a few scenes (mainly at the end) that let really sparkle, notably when Morgan Freeman is in the field and the ending scene (though I won’t give anything away if you’re one of the two people out there who hasn’t seen this). I’ve seen this film on VHS, LaserDisc, DVD, Blu-ray and now in 4K and, suffice it to say, the image is by far the best the film has ever looked.

This might have been a good candidate for a new Dolby Atmos track, but instead we’re presented with a DTS HD Master Audio mix that was found on the previously-released Blu-ray. And that’s fine. While the majority of the movie is dialogue-driven, Thomas Newman’s score sounds particularly rich and vibrant in several scenes. Dialogue is clean and free of distortion. While the soundtrack isn’t of the same caliber of an action and/or war movie, it still packs a punch. Surrounds make their presence known a few times throughout, but the majority is limited to the front stage. The sound is well above average and viewers won’t be disappointed.

It’s a bit disappointing that no new supplements were added to this new edition, what’s included is the same as what’s been available for quite some time. Still, it’s nice to have them in any capacity.

A couple of years ago my wife and I sat down with my parents and watched this movie. They’d never seen it. It’s one of those that’ll remain a classic. I’m assuming that anyone reading this review has seen the film multiple times. If not, this version is the best way to experience it. The visual presentation is top notch and though no new supplements have been included, it’s nice to have them as part of the set. This is one of those that should be a part of every movie-lover’s collection.