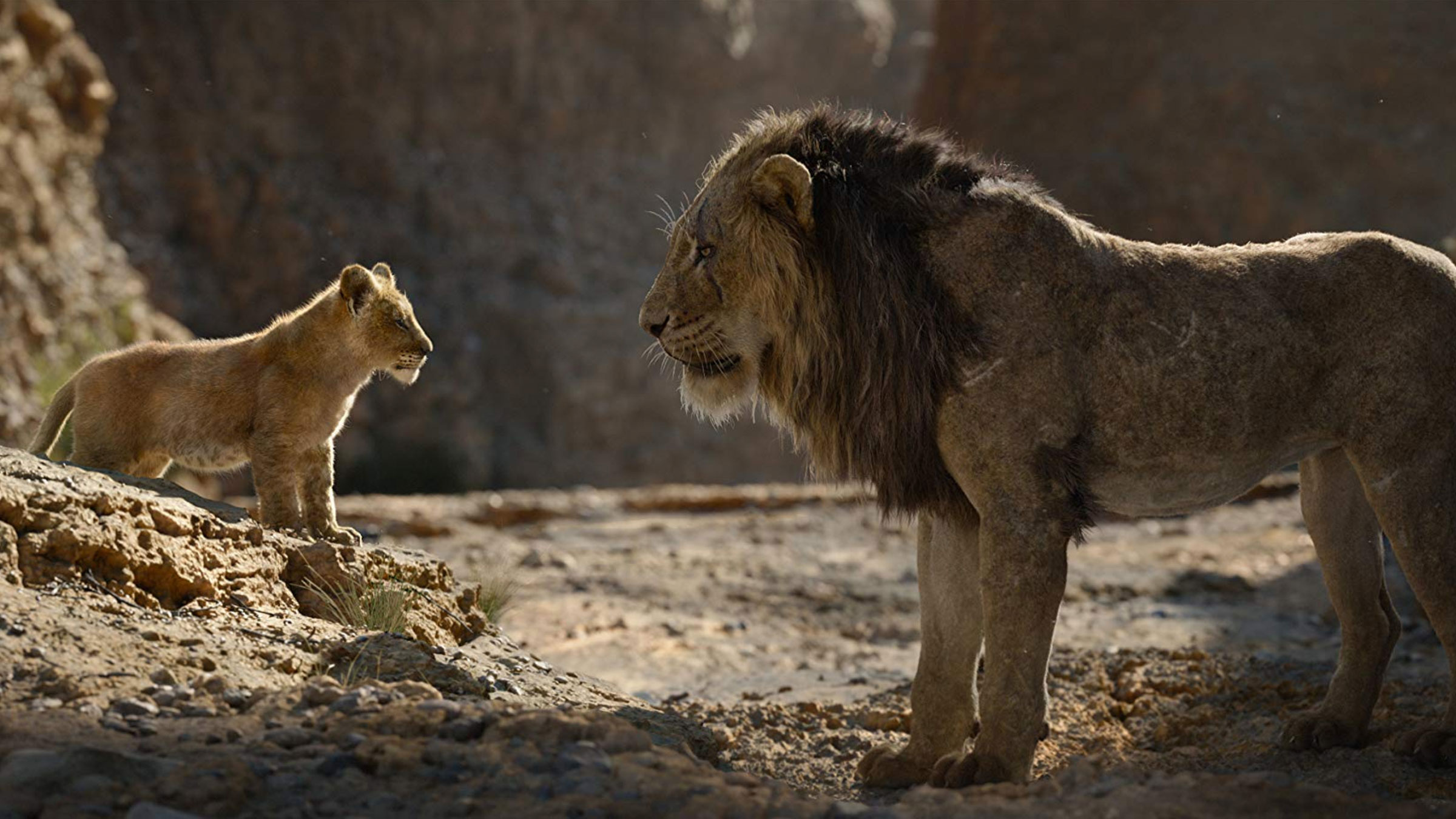 Count me in the camp of not wanting more Disney live action remakes. Or reboots if that word suits you better. I would just as soon watch the originals again. There’s a reason these films are so cherished. They earned our love (and money) the first time around. Why reinvent the wheel? Money, obviously, but I do wish Disney would rethink their approach a little bit. I guess until the audience really rejects these remakes that we will continue to get them. With that being said, this 2019 version of The Lion King at least looks simply amazing. It lacks the emotional impact of the original feature and the quality music, but damned if the visuals aren’t pleasing. At the end of the day, it will still be the original that I return to should I ever want to revisit this film. I should probably stop myself as this isn’t live action, but CGI yet it looks so realistic that it’s hard not to think that.

The story is pretty much what we saw back in 1994 with a few just subtle changes. Young Simba (JD McCrary) is the heir to the throne of his father, Mufasa (James Earl Jones). Mufasa’s brother, Scar (Chiwetel Ejiofor) skips a ceremony and this upsets Mufasa. Clearly Scar is the jealous type and wants to be crowned king. Scar gets with some hyenas to kill both Mufasa and Simba. There’s a stampede which results in Mufasa’s death and scar then blames Simba for his father’s death and convinces Simba to run away, which he does. The word is spread that Simba caused his father’s death and Scar is then crowned king. Scar isn’t loved by the rest, and Simba ends up finding some friends as he’s off on his own. Simba will eventually return home to try and claim his status as king. There are the usual characters that you’re familiar with that all show up in this version too. There’s the usual singing and life lessons and we all know where this story will end.

I wouldn’t spend so much time comparing the two versions if they just weren’t so similar. Jon Favreau also directed the Jungle Book remake from a few years ago, but he almost feels on cruise control here. It’s not that this is bad, it’s just that it’s been done once before and done great that one can’t help but wonder why they bothered remaking it at all. The visuals are stunning, but everything else feels inferior to the original. The music isn’t as good, the voice cast isn’t as strong and it just feels like an unnecessary experiment.

This 4K set is absolutely a sight to behold. The transfer provides a near perfect image from beginning to end. Really, the visuals are the strong selling point here, and Disney has provided an image here to support the film at hand. The HDR color spectrum is so broad here and the details stunning and really grab you. The fur on the animals really stands out as it blows in the wind, the background shots with the sunsets and other visuals are nothing short of eye-catching. All things told, fans will be delighted by the results here. The transfer comes with a 1.78:1 ratio.

The Dolby Atmos track is also stunning and engaging. With heavy roars and rumbles constantly, this track gets a workout. It is certainly a robust track with lots going on. The dialogue is clear, the music is evenly spread across the channels and the bass kicks in on numerous occasions. Like the transfer, this track proves satisfying.

I don’t mean to be too hard on this version of The Lion King, but it feels just like the cash grab that it is. It is simply repackaging and selling a brand name to make a profit. It isn’t terrible, because it repeats what we already have come to love. It just feels wholly unnecessary.