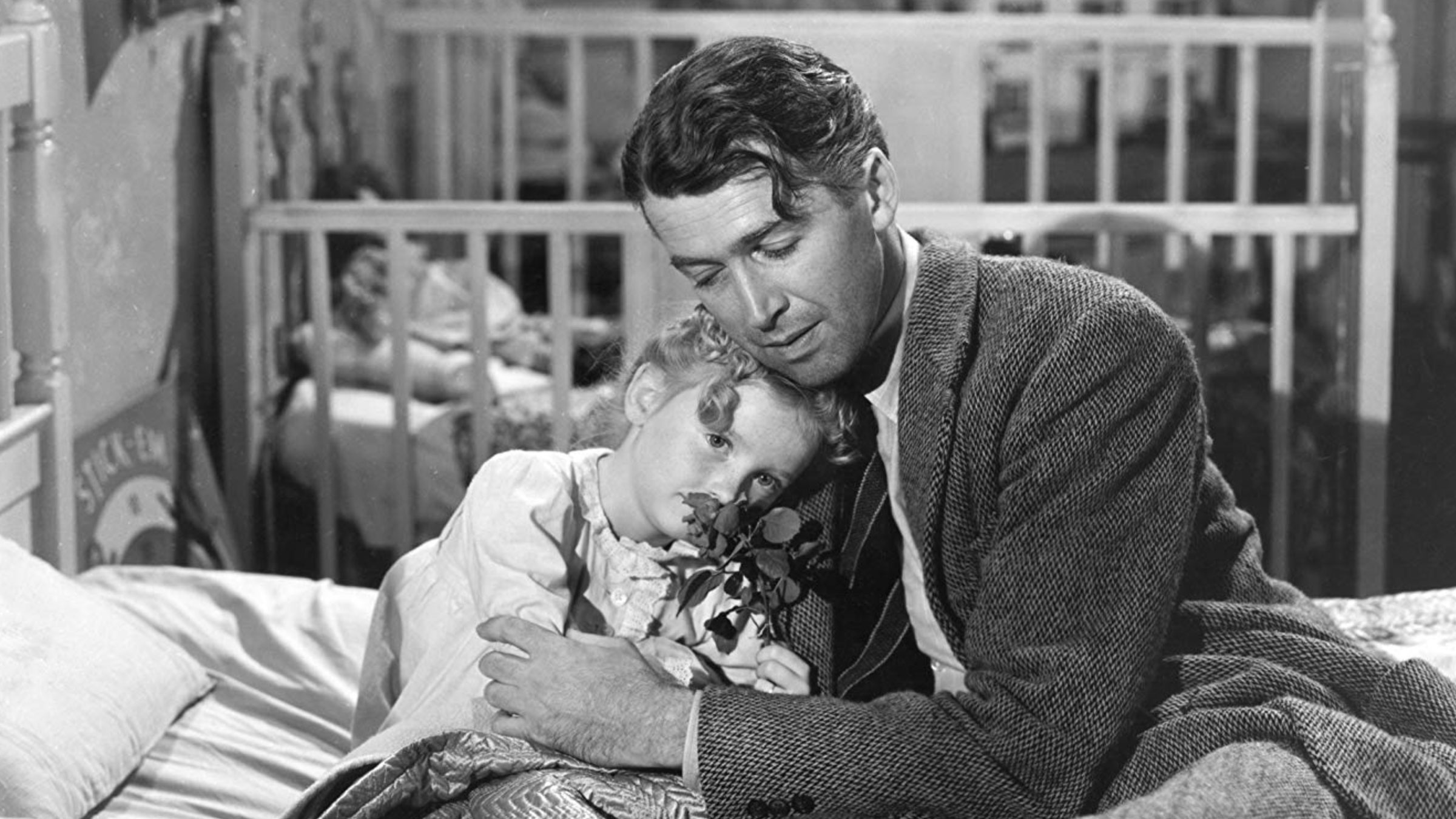 Out of all of the movies out there, few stand among the classic greats. This, however, is one of them. James Stewart and Frank Capra go together like two peas in a pod and they were both at the top of their game in this film. Both admit that this was their favorite film to work on and, in a way, it shows. Originally released in 1946, America was coming out of the war (both Capra and Stewart had served in WWII) and this was their first conglomeration after “the last great war”. The film stands out from the rest for a number of reasons, and though it’s been “pigeon-holed” as a Christmas movie, I feel that it’s a whole lot more. No other movie has presented the triumph of the human spirit more so than here. And, in essence, that’s what the film is all about…the human spirit. While Capra made many other films, all having a very positive outlook on life (which gave him the nickname “Capricorn”), they were all undeniably good. Movies like It Happened One Night, Mr. Smith Goes to Washington, You Can’t Take it with You and Arsenic and Old Lace. Stewart, on the other hand, did mix it up a bit with his roles but he came out with some winners as well; such as Rear Window, Vertigo and The Philadelphia Story (for which he won his only Oscar).

It’s a Wonderful Life tells the story of George Bailey (James Stewart). George had saved the life of his younger brother when they were kids and George had always dreamed of getting out of the small town of Bedford Falls to see the world. The early part of the movie shows George as a child and his aspirations, even then, to explore the world. However, times and things change and before he knows it, George is all grown up and his desire to see the world has not dissipated one bit. His father runs the local mortgage and loan and has prided himself on seeing every decent person in town build the house of their dreams. The only problem is that his heart is bigger than his bank account and he dies leaving a starving business to his son. Contrast this with the town miser, Mr. Potter (Lionel Barrymore) who is destined to own everything in town regardless of the cost. This leaves George with a tough decision…leave town and see the world as he’s always wanted to do, or stay and take over the family business knowing that his soft-headed Uncle Billy would most likely ruin it.

Love for his family and the family business wins out and George, forsaking his dreams, stays in town to help out. This, of course, is only half of what the film is all about. His Uncle Billy misplaces a deposit of $8000 and the bank needs that money to keep the business running. George, knowing that he is probably worth more dead than alive, contemplates suicide as the answer to his problems. It’s then that he is confronted by his own angel (Second Class), Clarence, that he starts to see the value of what his life really is. Through this unique perspective, George gets to see what the town is like if he was never born. His brother, a war hero in “real” life, is dead as is the ship of soldiers that he saved in the war. The town of Bedford Falls is now renamed Pottersville, after Mr. Potter. It’s now a tawdry town that has neon signs everywhere the eye looks and all the decent people have been driven out. Seeing that his wife is now an old maid is the final straw and convinces him to want to live again.

It’s a Wonderful Life has been shown time and again on cable TV stations around the country and world. In the early 1970’s, the film fell into public domain and was therefore allowed to be shown at any time. Even a colorized version was made, but it was so horrible that even James Stewart went before Congress to try and get it removed from public viewing. True, the repeated viewings of the film made it a lot more popular than it originally was (it wasn’t that well-regarded when it first came out), but the desecration of the film was the price it paid. Now one of our most beloved films, It’s a Wonderful Life remains a classic because of the great acting and the universal message that it conveys…life is worth living. Most likely there will never be another film like this and for good reason. As the old saying goes “There was America and then there was Frank Capra”.

This is a good sign for the 4K format. It’s a Wonderful Life has been given a new 4K restoration and it shows, on the most literal level. Having seen this film in nearly every format ever produced, this is – hands down – the best it’s ever looked. And this is one of the very few 4K films that’s in black and white. So while films like The Wizard of Oz sparkle in technicolor, this one has a more strong, constat look and feel to it.  I noticed a deeper contrast, lack of any noise in the shadows and an overall clarity to the film that I’d not seen before. There is very little edge enhancement to speak of and there is an absence of artifacting and pixelation. It’s just a notch down from reference quality as I’m giving the film a “great” rating based on the age of the movie as opposed to the quality of the video. It’s a great picture and if you’re seeing it for the first time, you won’t be let down.

The original Dolby TrueHD mono track is what is included and it sounds, for the most part, very good. The dialogue is very crisp and suffers very little from distortion that so many other films from the time are prone to. Surround effects aren’t present at all, but the entire movie seems to have a depth that I wouldn’t have thought possible given the age of the movie. If it’s Stewart or the angels talking in the galaxy, they all sound great and when you hear the line “Zuzu’s petals…” you’ll know that you’re in for a real treat. Nice job!

I’m willing to bet that most people have seen this movie and if not, are at least familiar with it. Stewart and Capra were in top form and this rivals Mr. Smith Goes to Washington for their best collaboration. This is, by far, the best the best the film has ever looked. Pick it up.