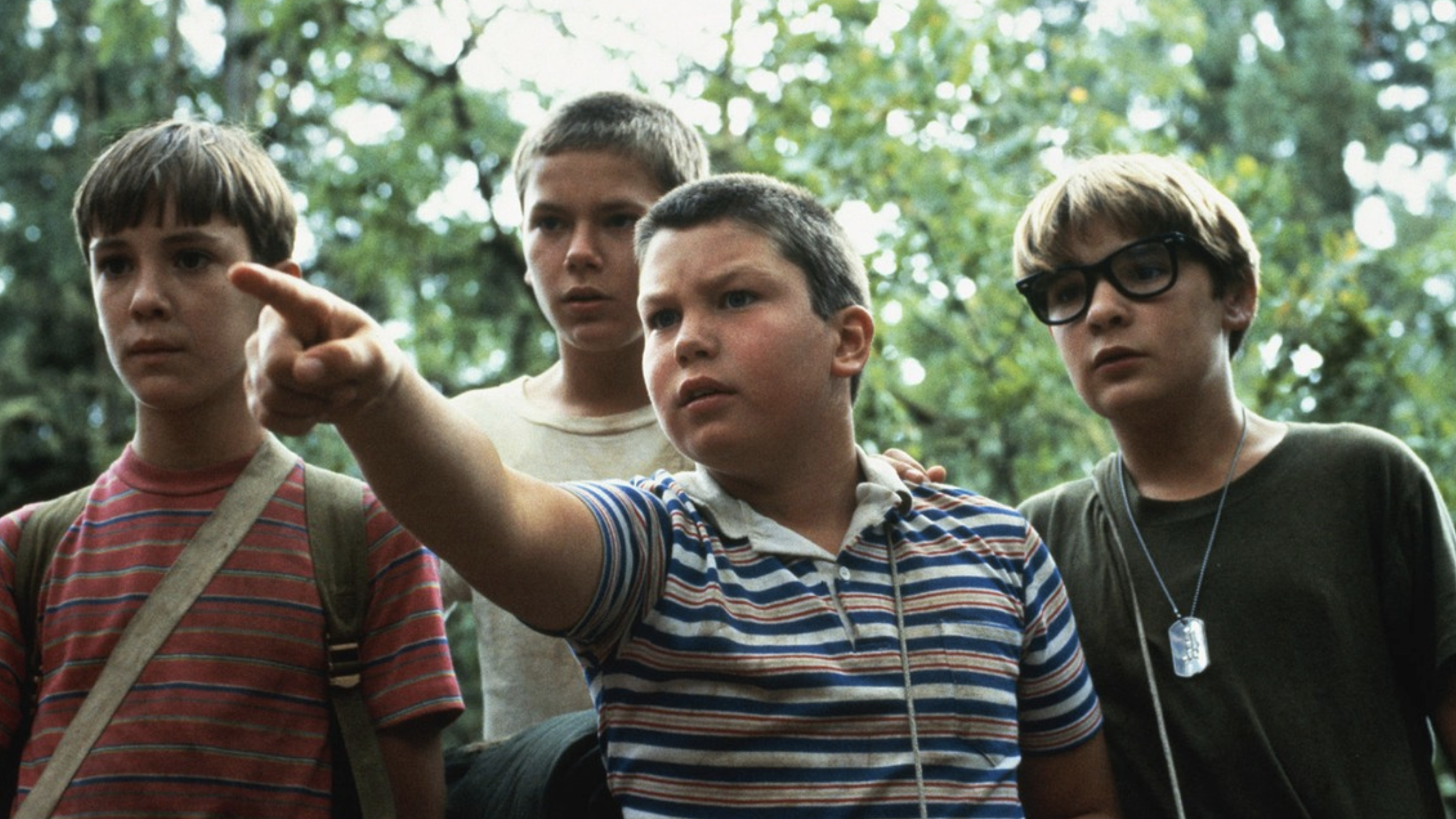 Back in 1986, when the world was still reeling from Top Gun, a little movie about four teenage boys came out. Based on a novella by the one and only Stephen King, who was known mainly for his horror novels, Stand By Me became an instant hit/classic. Directed by the one and only Rob Reiner, who has quite an impressive resume himself (This is Spinal Tap, The Princess Bride and A Few Good Men to name a few), the story was not at all like any of King’s other works. Stand By Me featured four generally unknown actors in Wil Wheaton, who went onto star in Star Trek: The Next Generation. Corey Feldman, one of the infamous “Corey’s” who has been in and out of trouble with the law, but at this time was just beginning to come into his own. Jerry O’Connell, who has just recently hit it big with his part in “Scream 2” and the sleeper hit TV show, Sliders and…River Phoenix. Phoenix was probably the most ironic part of Stand By Me, even now more so than then. It was Phoenix’s tragic death on Halloween in 1993 that he overdosed on drugs, and the character he played echoed what his real life was like.

The story was based on the memory of Gordie (Wil Wheaton and Richard Dreyfuss as an adult), who is thinking back to his favorite Summer. A Summer when his friends were still friends, a Summer when his brother had died and a Summer that was the last real time he had with his friends. Reading in the paper that his friend, Chris Chambers (River Phoenix) had just been killed, he thinks back to a time in his life that was special. Chris had come from a rough family, and was never really given a break. He had to work twice as hard to earn the same amount of respect that everyone else did, and that made him a better person. Word from Vern (Jerry O’Connell) is that a boy who has been missing for three days, has been killed and that his body is off the train tracks about 20 miles outside of town. Never having seen a dead body, the four boys head off on foot to see it first hand. Of course, no one knows that they’re going, as the information has been overheard by Vern and the local gang of thugs is off to see the same thing…and of course take credit for finding the body. As their journey progresses, the four seem to bond in a way that they had not before. Gordie, the most creative of the group is a writer and is used as a source for entertainment, though his homelife is not the same since his brother has died. Teddy (Corey Feldman) has dreams of going into the Army, but is forced to deal with the fact that he will probably never get that chance. He is also saddled with the fact that the person he admires most, his father, is abusive and not all there mentally.

It’s at this time that we see that the boys won’t ever be the same after their trip. It’s not the fact that seeing a dead body changes them for life, but the story is told in a first person retrospective; and we are told that this time was the best of his life. While minor squabbles and breakdowns by most of the major characters come out, Stand By Me is mostly something almost anyone can relate to. Rob Reiner’s direction is superb and the performances by the actors, as young as they are, are very good. As mentioned before, the most ironic thing about the entire movie (and this is echoed in the commentary) is the fact that River Phoenix’s character dies in the end (I’m not giving anything away, the movie starts with a front page headline about it). Though a short movie, Stand By Me will undoubtedly withstand the test of time, as most movies of this calibur do. m

It’s hard to believe that this film is nearly four decades old. I remember seeing it in the theater. But in the capable hands of Sony, I feel that any title, regardless of age, will look its absolute best when it comes to the 4K presentation. And wouldn’t you know it, it does. The image is free of any distracting elements like artifacting or shimmering. The film takes place mostly during the day and we’re treated to some stunning visuals, mainly with some landscapes and backdrops. The HDR has given some new depth, both on the dark and light side, to this image. Flesh tones have been improved as has detail. Put it this way, looking at this film, it’s hard to fathom that it came out in 1986. This is clearly another one knocked out of the park by Sony.

If memory serves, and that’s getting harder and harder to justify these days, I believe that the old DVD of this movie contained a mono mix. And, looking at my previous review, it seems that it does. So it’s hard to believe that such a robust Dolby Atmos mix could come out of what used to come out of one channel. But it does and I have to say that the results are pretty amazing. Keep in mind that this isn’t a “blow the roof off” type of mix, but rather a subdued, “gentle” (for lack of a better word) mix that simply resonates. Vocals are pure and crisp, the title song sounds like it’s being recorded in the next room. Truly this is a fine upgrade to the film.

The “coming of age” films that are actually good are few and far between. But this one stands (pardon the pun) above most of them. It’s a great film with some amazing performances. This is one of those films that will be a classic fifty years from now. Sony’s 4K disc makes the movie look and sound the best it ever has and the inclusion of deleted scenes, though not too many, offer a bit more to the deal.