There aren’t a lot of actors over the age of 80 working, let alone turning in some memorable performances. Names like Morgan Freeman, Clint Eastwood, Donald Sutherland and Christopher Plummer all come to mind, but lest we forget the Sundance Kid himself – Robert Redford. Redford has probably done more for the independent film movement than any person in the industry. So it’s only fitting that one of his last (or last?) films be directed by an up and comer by the name of David Lowery. For those that don’t know the name, but maybe the work Lowery directed a few notable films with A Ghost Story and the remake of Pete’s Dragon. He’s got a slow and methodical approach to his craft and it’s something that I truly admire. With The Old Man & The Gun, it’s a different type of movie and one that was inspired by an article in The New Yorker. It’s a story I’d not heard of, but nonetheless made a fine film. Here’s the gist.

Forrest Tucker (Robert Redford) is a career criminal. He’s a basically decent guy who just happens to like one thing: robbing banks. He’s good at it and he doesn’t seem to know when to quit. He’s got swagger and a smile and has a gun, though it’s likely never been fired. He controls every situation with manners and even leaves his “victims” feeling like they actually might have a nice day after having just been robbed. He and his literal partners-in-crime, Waller (Tom Waits) and Teddy (Danny Glover) knock over dozens of banks in the South and no one is the wiser. However, they do manage to raise an eyebrow with Dallas detective John Hunt (Casey Affleck). Fed up with his job at 40, but the “Over the Hill Gang” as they’ve been dubbed has given him a purpose. Forrest has also taken interest in Jewel (Sissy Spacek). Who says life gets easier as you age?

I don’t know if any other comparisons exist like the one I’m about to make, but I got a real Going in Style (either version) vibe here, mixed with the bravado of George Clooney’s character in Out of Sight. I think that’s a fairly good comparison to make. But watching Robert Redford or any great actor always gets me thinking – they make it look easy. And that’s indicative of anyone in any profession. The good ones truly make it look easy. It gives the rest of us little hope. Seeing Redford in All is Lost where he had about four lines of dialogue really made me realize this. But with this story, it was a joy to watch. It flowed. I never looked at my watch and felt myself really connect with the characters. Maybe I’m destined to be a bank robber? Maybe not. At any rate, there are those that will discount The Old Man & the Gun, but give it a chance. You’ll be glad you did.

They say you can’t judge a book by its cover, but even looking at the cover art for the film, I had an inkling as to what to expect. The entire film has a very muted look and feel to it, yet it still retains a high level of detail. Colors aren’t exactly “washed out”, but they don’t make a statement with boldness, either. Set in the early 80’s, there are lots of earthy tones in most every scene. Going back to detail, the aging (octogenarian) cast has seen better days, but that’s a nitpick on me. Let’s just say that wrinkles persist, but we all grow old. The wide 2.39:1 AVC HD image looks the part and left me with little complaints.

Much like Lowery’s A Ghost Story, there’s not a lot going on the audio front. This is a dialogue-driven film if there ever was one. But we don’t need a lot of action when it comes to a character-driven film with tons of great dialogue. Fox’s DTS HD Master Audio track does the job and save for a car chase or two, most of the action is limited to the front stage. Vocals are strong and sharp lacking any distortion. I had no complains with the way this sounded, but it won’t be one that will test the limits of your system.

Some folks need their films full of action, plot twists and anything and everything to keep the interest going. There’s nothing wrong with that. I had no idea what to expect when watching the film, but felt an immediate connection with the characters (and I’ve always been a big fan of Redford’s films). It’s a great, well-written and acted film that managed to hold my attention from beginning to end. If this truly is Redford’s swan song (and I don’t believe that it is), then what a way to go out. 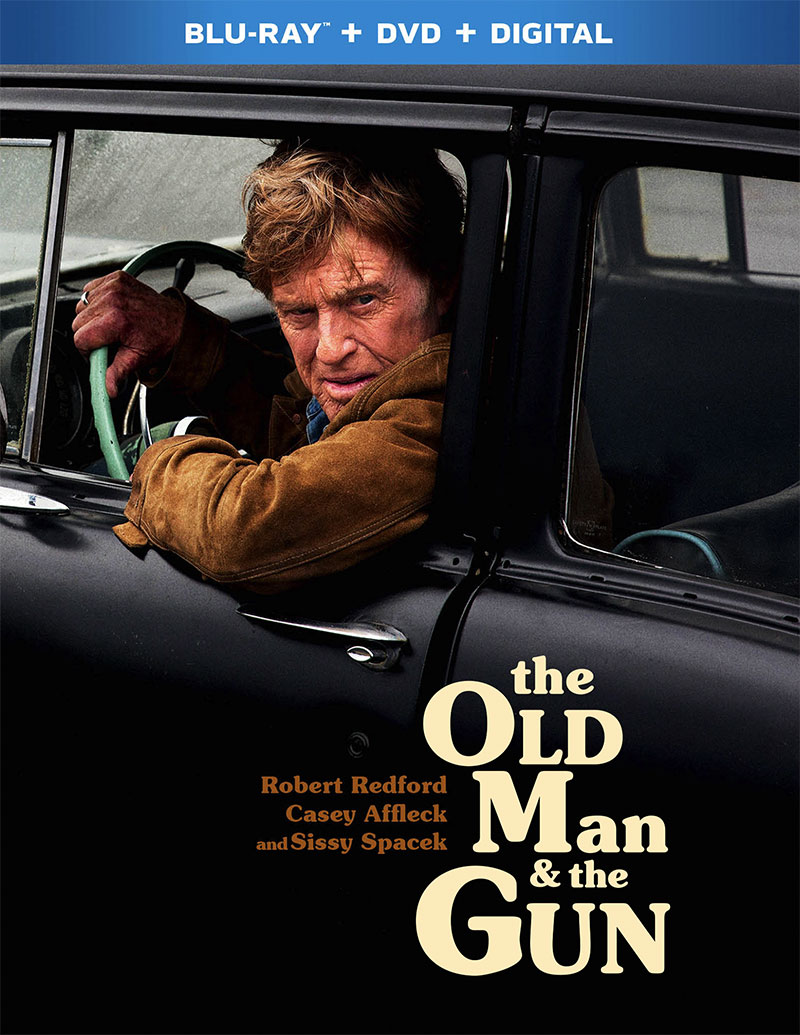