All is Lost (Blu-ray) 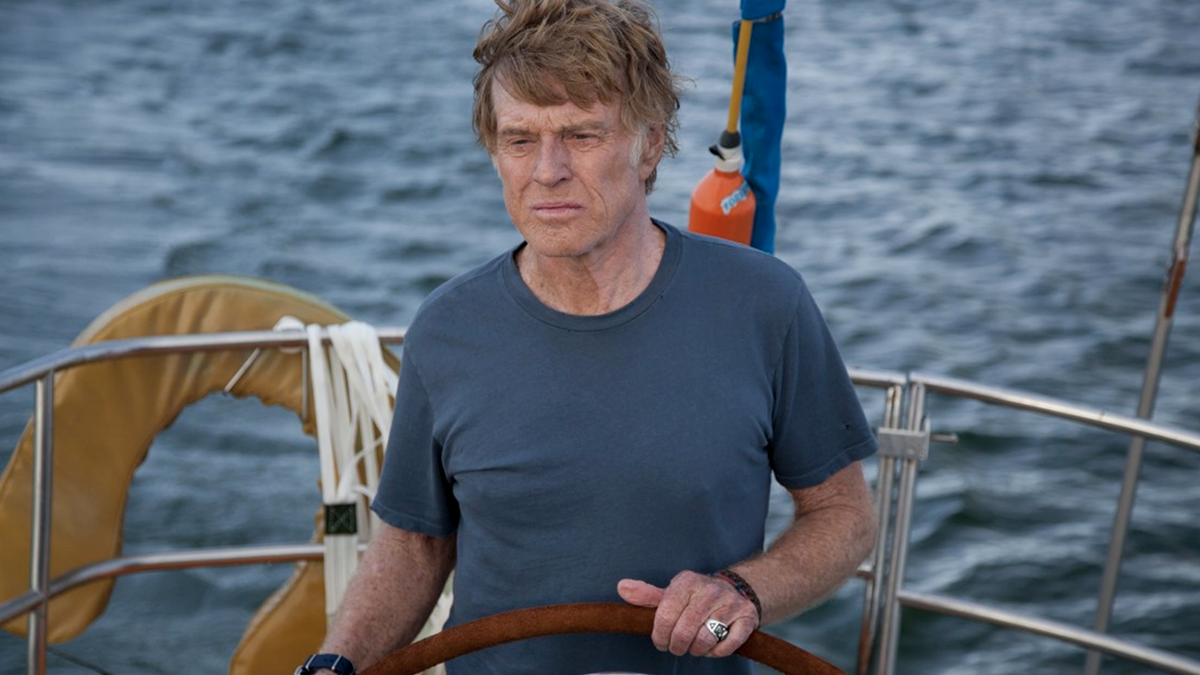 If you paid attention in your high school English class, you’ll know that literature is defined in three basic categories: Man vs. Man, Man vs. Himself and Man vs. Nature.  All is Lost certainly tackles two of those with Man vs. Himself and Man vs. Nature.  I’d heard of the movie, but hadn’t really explored it until the “Award Season” came around.  Robert Redford is, of course, a Hollywood legend and the creator of the Sundance Film Festival for one, but to get him in front of the camera, at 77 years old – that’s a feat. But Redford has always chosen his projects very carefully and for him to tackle this role, well I’m sure more than one person took notice.  Though many feel he was snubbed for a Best Actor role, his portrayal of “One Man” in this film is certainly something to behold.  Hardly any dialogue, just him reacting to the surroundings.  I’m reminded of Denzel Washington’s performance in The Bone Collector in which he could speak, but not move and he still managed to outshine the entire cast.

One Man. One boat. The open sea.

Redford plays an unnamed hero who is simply credited as “One man.”  He’s obviously done well for himself and is in the middle of the Indian Ocean.  He awakes to a thud and the sound of water rushing on the below deck. Not good.  His boat has collided with an abandoned cargo hold and has punctured his hull.  He patches up the gaping hole, pumps the water out of his boat and all is seemingly well.  That’s until he encounters a storm that leaves his mast broken, his boat unsalvageable and our hero has to flee to a lifeboat to survive. The movie had opened with a monologue saying he’d been at sea for 8 days and that he was, simply, “Sorry.” We follow him along the way as he fights to survive, he manages to navigate with use of charts and a sextant and manages to miss a few cargo ships along the way.  The ambiguous ending, which I won’t expand upon, is perhaps the perfect end to the film and it leaves the viewer both satisfied and wanting more.

After reading up on the film, the best way I can explain it is this: It’s like a combination of 127 Hours and Life of Pi (both great films). Redford does an amazing job in his role and it’s a testament to his talent as an actor and filmmaker that he’s able to pull it off with so little dialogue.  What really struck me is how much it actually made me think of what’s really missing in films these days.  We’ve got mindless action/adventure films that cost hundreds of millions of dollars to make and they leave me with nothing. But here I am, two days later, still thinking about the film, its ending and Redford’s portrayal.  I’ll comment one last time on the ending and how much I loved it, if you’ve ever seen John Sayles’ Limbo, that’s about as close to how this is as I can imagine.  Well that or the classic tale of The Lady or the Tiger, but you get the idea.  Highly recommended.

There’s not a lot of variety in All is Lost as the film takes place entirely at sea.  We do get a few changes, such as when Redford’s character goes beneath deck or under water, but aside from that – that’s it. The 2.40:1 AVC HD transfer does, by and large, a very good job.  I did notice the slightest bit of banding in some of the clouds in a few scenes and the same when the camera was under water and pointed upwards.  Water can be both beautiful and amazing, but it’s hard to get a crystal clear image in the ocean.  Detail is spot on and we can see the individual grey and blonde hairs in Redford’s mane.  It’s a good-looking transfer, but one that could have used the slightest bit of improvement.

Oscar-Nominated for its sound, I couldn’t get over how amazing All is Lost sounded.  For a film with about 8 lines of dialogue (yes, really) that’s not the focus.  The little things like the waves smashing up against the side of the boat, the ominous thunder during the storm and the sound when he goes under water.  It’s both amazing and immersive.  If you’re in the mood for spoken dialogue, this certainly isn’t the film for you as Redford has about four lines in the movie itself and the film starts off with his voice-over narration. That’s it.  The surrounds add to an amazing and expansive sound stage and the score is both heart-wrenching and amazing.  This might be one of the most dynamic sound stages I’ve heard in recent years.

This two disc release has a decent array of supplements provided, so let’s dig in.