The Nun. A bad habit.

Do you remember a scene in The Conjuring 2 where a picture of a creepy nun came alive and followed the character around the room? Or how about the creepy doll in The Conjuring? Well, each has their own movie, despite being largely inconsequential to either of the aforementioned films. I have to admit that I had no prior knowledge of The Nun or its relation to what Warner is calling “The Conjuring Universe.” Yes, really. As of this writing, it consists of the first two Conjuring films along with both Annabelle films. If this is your thing, then you’ll be in horror heaven. If not, well there are plenty of other films out there. I do have to admit, though, I did enjoy The Conjuring and its sequel. Nevertheless we’ve got The Nun, a feature-length film devoted to that one scene. I’d ask if it worked, but then I looked at the box office for this film. It did. Let’s get started.

A young nun has committed suicide and The Vatican has sent Father Burke (Demian Bichir) to investigate. Accompanying him is a novitiate, Sister Irene (Taissa Farmiga). The duo arrive and the Catholic imagery begins and, of course, strange things immediately start to happen. I’d be remiss if I didn’t mention some goofball character – Frenchie (Jonas Bloquet). I’ve still yet to figure out how he factors into everything, but it would seem that plot points weren’t important to making this movie. Regardless, with the trio start to investigate we’re treated to a bevy of Catholic imagery. And if you have a passing knowledge of the religion, you’ll know that there are more crucifixes than you can shake a stick at. Strange things happen, characters are buried and yes, it takes a while, but we finally do meet the title character – she’s just like she was in The Conjuring 2.

There’s a lot, yet not a lot, going on there. And if that sounds confusing, it’s because it is. This film seems that have slapped together bits and pieces of every religious film and has come out with…this. There are some good scenes, but one can only take so many jump scares before you start to expect them. And if you expect a jump scare, that’s a contradiction in terms if you ask me (and very few do). I will say that the casting of Taissa Farmiga, real-life sister of Vera who starred in both Conjuring films, was a stroke of genius. She plays her part with wide-eyed enthusiasm. And it makes me wonder if these two will eventually be in the same film together? I guess we’ll have to wait and see. The only other redeeming characteristic of the film is the last five minutes and I don’t feel benevolent enough to share that with you here.

Shot on location in Romania, The Nun is about as dark as it gets. And given the source material, that’s fine. Warner’s Blu-ray looks about as good as one would expect with deep, dark blacks, razor fine detail and a decent color spectrum. The 2.40:1 AVC HD image doesn’t suffer from any artifacting or banding and it does lack the HDR that 4K discs have. Still, when looking at creepy nun’s, I would imagine that the picture is decent enough. Flesh tones are a bit washed out, but it’s by design. We get some good looks at some architecture as well as far too much Catholic imagery. Representative of a new to Blu-ray film, this plays the part well.

My comments on the movie aside, I will say that the included Dolby Atmos soundtrack on The Nun is among the best I’ve heard. My wife was perfectly situated between the rear surrounds and there were several scenes in which her head was turning trying to figure out the creaking noises. It was these little nuances that really made the track; coupled with an ample front stage it really took it to another level. I found the overall sound stage encompassing with plenty of ambiance and it even gave my sub woofer a nice workout. This is literal proof that bad movies can have amazing-sounding tracks and kudos to Warner for putting an Atmos track on a Blu-ray.

I was pretty tired while watching this film, however I don’t think a good nights’ sleep would have made me appreciate it any more. What I do know is that the movie made $120 million domestically and over $350 million worldwide. We all know what that means. If you’re looking for more films to enter The Conjuring universe, there’ll be more. Despite a trite and predictable plot, the disc contains reference-quality audio and a decent picture. For fans, and you’re out there, it’s not a bad disc. 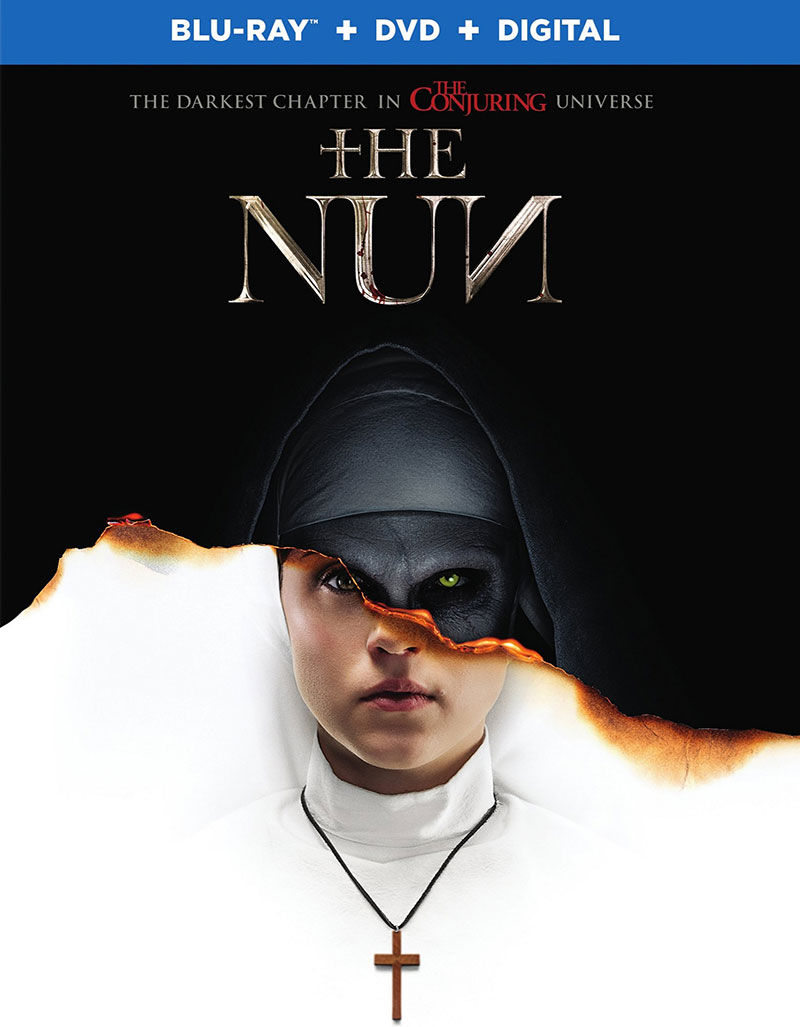