A sequel to 2013’s surprise hit, Conjuring 2 takes us back to the late 1970’s in this “fact-based” sequel. Stating that a horror film is based on true events seems like a prerequisite these days. I’m not saying the events seen in this film did or didn’t happen, but the fact that it’s still used as a marketing plot amuses me. Once again we have the Warrens, played by Patrick Wilson and Vera Farmiga, respectively. This time they travel to England to investigate a supposed paranormal presence. They are to check out the home of Peggy Hodgson (Frances O’Conner). She has four kids and one of her daughters experiences a spirit. It doesn’t take long for the daughters to begin displaying strange behavior. We then get the usual scenes of the Warrens investigating things, police checking things out and the usual jump scares. Those familiar with the layout of the first film will have an idea of what to expect here.

I admit to not being a huge fan of the first film. I can appreciate the resistance to avoid blood and gore, but outside of a few scenes, it failed to frighten me the way I felt it should have. Should you expect anything different from this sequel? Not at all. It’s essentially more of the same. Much more, actually as the film runs well past the 2 hour mark. I’m not sure who felt a story this simple required such length, but it feels like an endurance test at times. Somewhere in all this mess is a decent (notice I didn’t say great) little horror film, but it meanders too often. Several scenes could’ve been cut without hurting the narrative one bit. While some moments were indeed frightening (the image of a nun is stuck in my head), we get a lot of clichés as well. A common problem with many horror films these days is the urge to up the soundtrack as loud as you can. It’s almost a way to remind us there’s a scare coming. That gimmick gets old fast as a more subtle approach would’ve been welcome. We’ve seen all this before anyhow. We get the voices, scary figures in the night, beds that shake. I suppose if you enjoyed the first film then this will be right up your alley, but it simply feels unnecessary. If a third film is made then they need to find a new angle.

Those familiar with the first installment will find themselves right at home here. The Conjuring 2 is right at home with its dark, bleak and very subdued color palette. The 2.40:1 AVC HD transfer is razor sharp and that’s not always a good thing. If you want to see the veins in the eyes of a sinister-looking nun or the crooked smile of a children’s toy, well…you’re in luck. The movie itself is very dark in tone, the interiors have shadows galore. The image isn’t strained, though, at all. What better way to experience a supernatural haunting than in the cellar of an English flat? The look does play a part here and it works and Warner’s Blu-ray certainly looks the part.

Perhaps blurring the line between 4K and Blu-ray, the included Dolby Atmos (and Dolby TrueHD) soundtrack certainly fits the bill. As is the standard with any horror movie, there are certain scenes that will make you “jump” due to a sudden sound. I found this a bit overused, but I can’t deny the filmmakers wanting to scare the audience. The banging on the doors, the dripping of water and the creaks in the house all sound very true to life and this Atmos soundtrack fills the air with supernatural sounds galore. Vocals are rich and crisp and if it’s cockney accents you’re looking for – look no further.

I suppose one’s enjoyment of this sequel will depend on how much you liked the first film. It’s essentially more of the same. For some, that may be enough, but it did little for me. Not to mention that the film’s 2-hour plus running time simply feels exhausting. Fans of the first film might want to rent it, but all others should skip it. 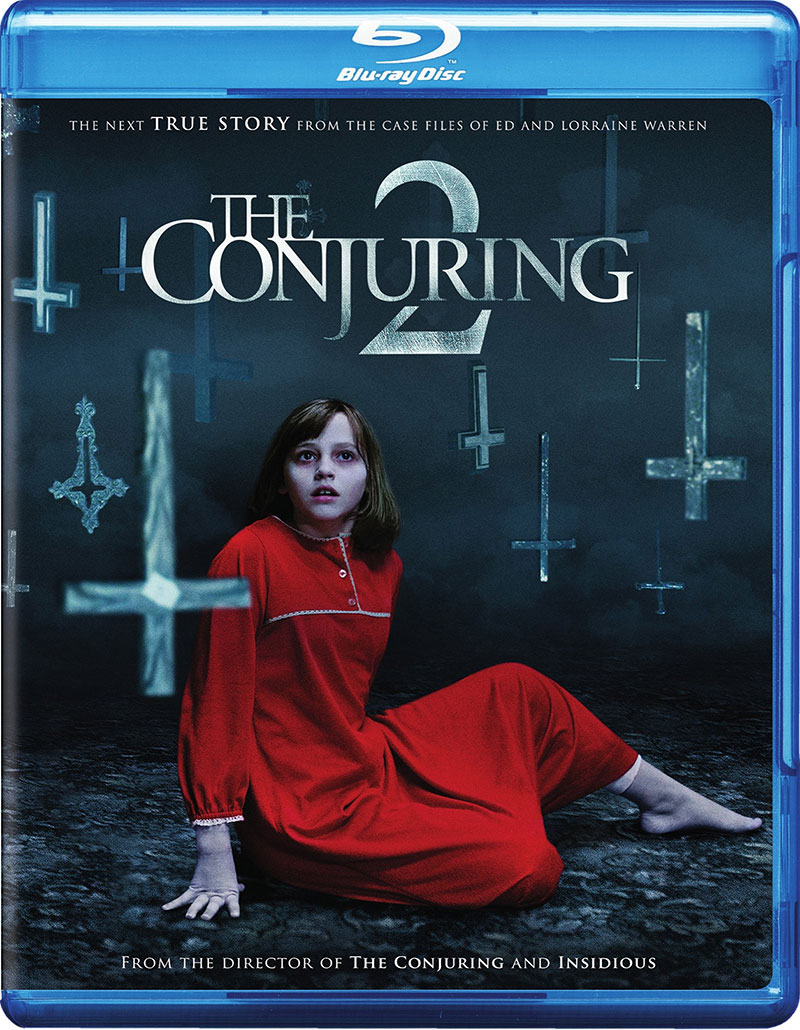