Prisoners of the Ghostland (Blu-ray) 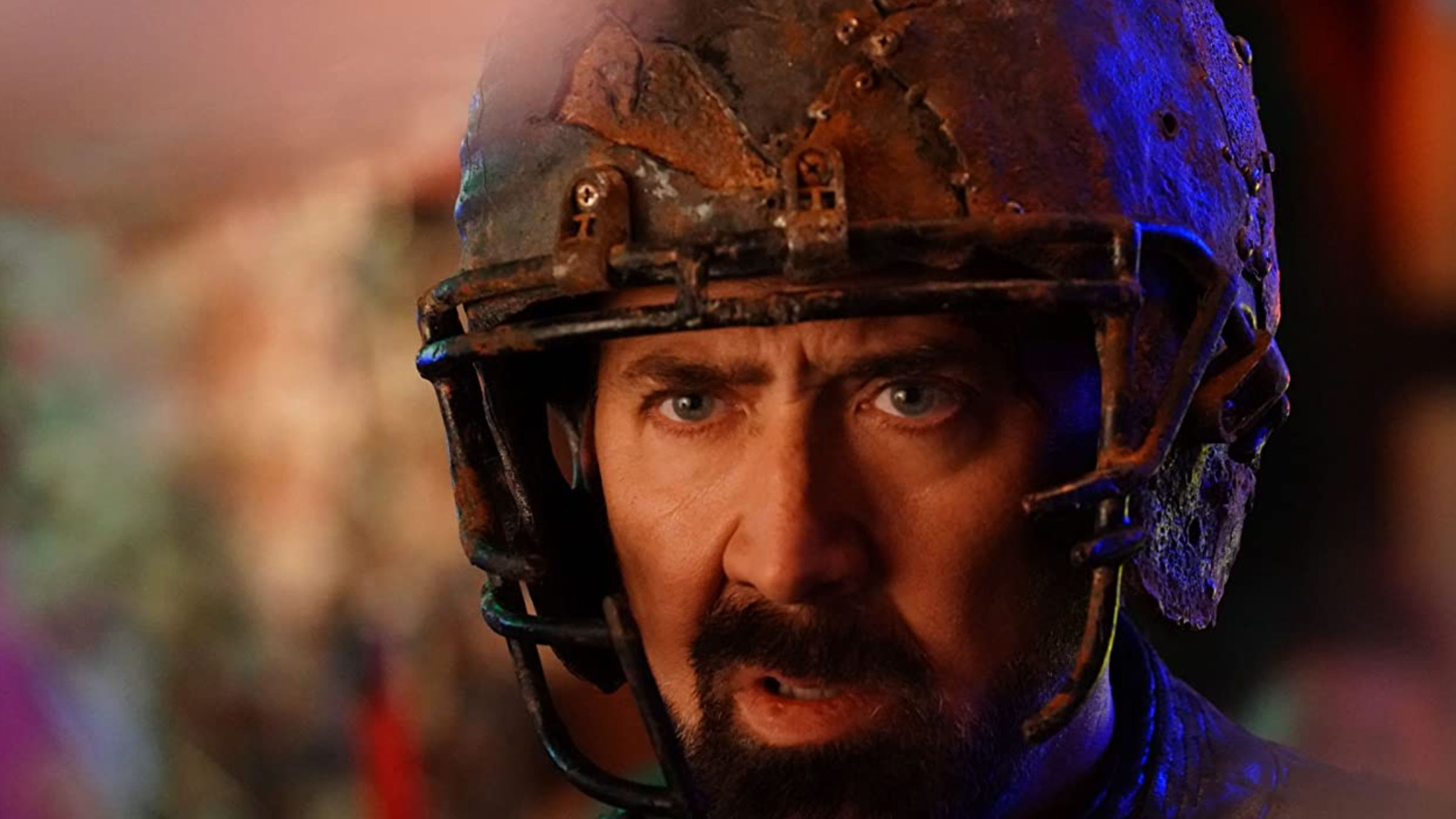 When I looked at the cover of Prisoners of the Ghostland and saw a quote by Nicholas Cage stating “It’s the wildest movie I’ve ever made.” that raised my eyebrow. Any fan of Cage’s knows that, in recent years, he’s picked some interesting films to star in. Thing like Mandy, Joe, Pig and Color Out of Space. Any one of those will resonate with the viewer long after the end credits roll. And, let’s face it, Cage isn’t the A-lister who stars in blockbusters these days. That was the 90’s and films like The Rock, Con Air and Gone in 60 Seconds (which I loved) are most likely things of the past. But let’s not dwell in the past, shall we? Looking at this most recent work we find Cage paired with director Sion Sono known for his bold and bizarre films like Why Don’t You Play in Hell? and Cold Fish. So we’ve got an eccentric director and and an even more eccentric actor. What could go wrong? Or, more the point, what could go right?

As it turns out…everything. And nothing. Make sense? The story is set in Samurai Town which is a hodgepodge of an ancient Japanese village and half Wild West. For point of reference think Westworld. It helps (a little). Cage plays Hero, he’s a bank robber who gets caught after a heist goes wrong (do they ever go right?). He’s offered a chance at freedom when the Governor (Bill Moseley) makes him an offer: he’ll go free if he goes to Ghostland, outside of town, and rescues a missing girl, Bernice (Sofia Boutella). To ensure he doesn’t get any wise ideas, he’s forced to wear an outfit loaded with explosives that will go “boom” if anything goes awry. The first part of the mission seems pretty easy, it’s getting Bernice back to safety that proves to be more difficult than planned.

There are no two ways about this – this is a weird film. From the imagery to the plot to…everything in between. In other words – it’s right up Nicholas Cage’s alley. I’m not sure how this is best viewed; maybe take a pill or two, have a drink or two or smoke something (or any combination of the three). I’m not advocating substance use to enjoy a film, but I watched it in the middle of the day and I might try to watch it again with a glass of wine or two. That aside, it’s well written and acted and if you can get past some of the rather “curious” scenes, it’s really not that bad. I don’t know if it’ll get as much play as some of Cage’s other films, but for those that like this somewhat outlandish film, this is certainly for you. Enjoy.

I try not to judge a movie by its box art, but sometimes I just can’t help myself. By this I mean that I’d fully expected Prisoners of the Ghostland to be a pretty visually-intriguing film. And it was. There’s a lot of inconsistencies in the way the movie looks and that’s not a knock on the transfer itself, rather how the film was made and how different scenes look totally unlike the others. Detail is fine, we see some extreme close-ups of Cage (how many is enough?) as well as some rather unique sets that showcase a bank with a giant gum ball machine and a wild west sequence. It’s original, I’ll say that. All that said, it’s hard to really classify this with a definitive score, but viewers should be happy. This is also available in 4K, but I guess we didn’t make the cut for that one. I’d say that will employ the usual caveats with a bit broader color spectrum and the like.  Nevertheless, this is a visual trip.

Right up there with the video is this DTS HD Master Audio mix that serves up all the right moves. The film is all over the map with its visuals and the audio seems to keep up pace as well. Dynamic effects strike through the surrounds while the front heavy mix balances things out nicely. Vocals are sharp, crisp and clean. I found the LFE a bit more active than I had thought they would be, but no complaints here – I like to give the ‘ol subwoofer a workout every now and then. All in all it’s a nice, well-balanced mix that’s custom made for your home theater. It should provide an entertaining ride.

Cage-lovers – this one is for you and you know who you are. Nicholas Cage is an amazing, talented actor who has turned in some great performances over the years. He’s also one of the most eccentric folks out there who, in recent years, has picked some pretty obscure projects. This one certainly qualifies. While this won’t be for everyone, those who are in tune with his Cage-y-ness will certainly get a kick out of it.