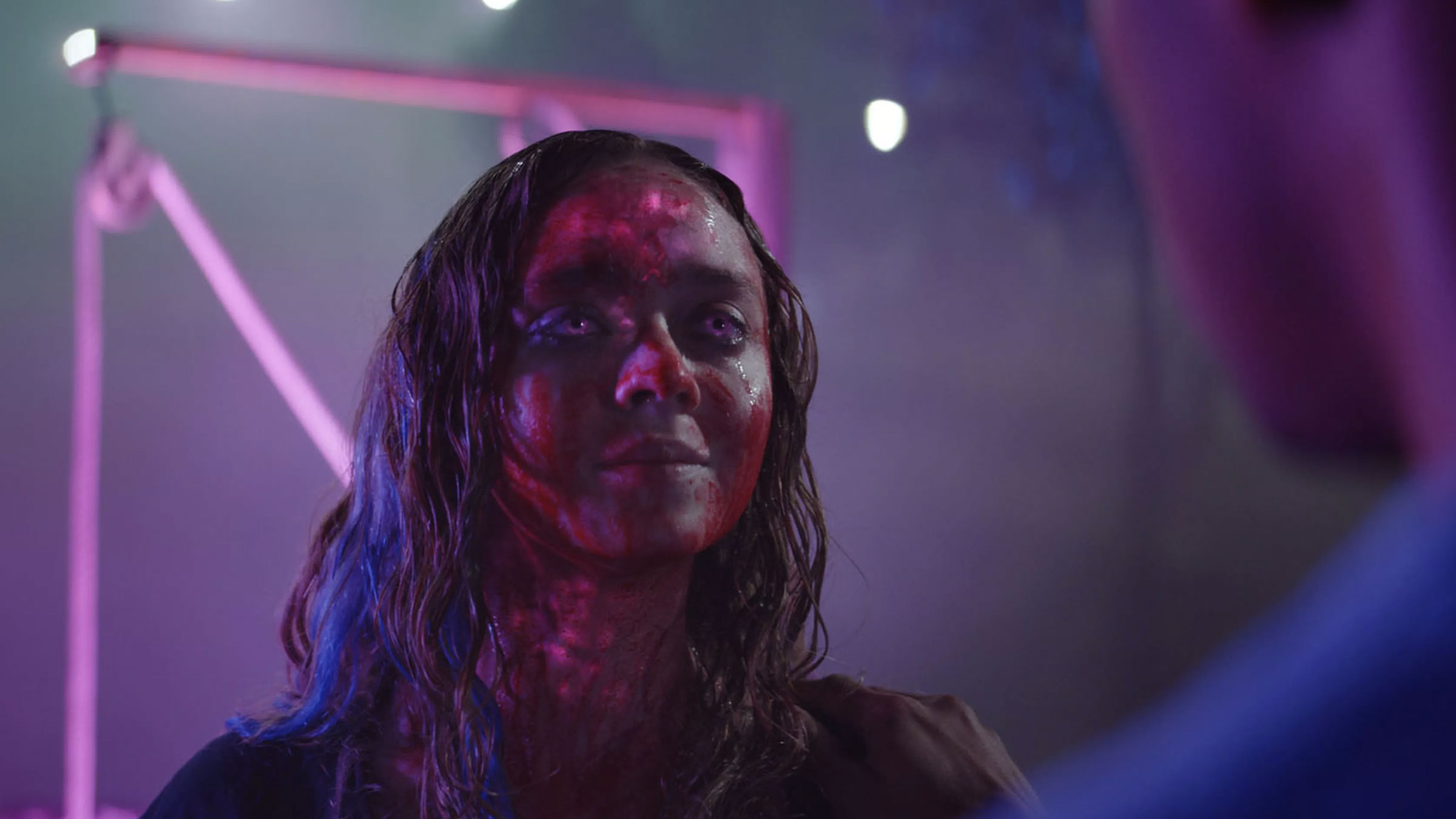 Nicholas Cage is one of those people like Gary Busey, Donald Trump or Charlie Sheen. You don’t know how or why they do the things you do, but it’s easier to roll your eyes, shrug your shoulders and just say “Ok, whatever.” But when looking at the career of Cage, he’s clearly got talent. From the films of the 80’s like Valley Girl, Peggy Sue Got Married or Wild at Heart to those of the 90’s like Guarding Tess and Leaving Las Vegas, he was there. After his Oscar-winning role in the aforementioned Leaving Las Vegas, he went the “leading man, action star” route with roles in Con Air, The Rock, Gone in 60 Seconds and the National Treasure films. But as time passed, we saw less and less of him. He’s even made a handful of films that went the straight to video route. Oh how the mighty have fallen. Or have they? Cage recently had a resurgence with films like Joe and Mandy, so when a movie like Color Out of Space came around, it had his name on it. And he delivers it – big time.

Nicholas Cage plays Nathan, a farmer who’s just uprooted his family from the city and moved to a farm in Arkham, Massachusetts. For all intents and purposes, he’s an alpaca farmer where he lives with his wife Theresa (Joely Richardson), daughter Lavinia (Madeline Arthur) and two sons: Benny (Brendan Meyer) and Jack (Julian Hilliard). There’s also an old hippie-type who lives off the grid, Ezra (Tommy Chong). When a meteor crash lands on their property emitting an ominous, purple light they’re not sure what to think. It alters the look of the land and causes strange flowers to grow. It’s effect on the family is even worse. Jack is enthralled by it, Nathan’s personality starts to change and Lavinia embraces her Wiccan roots and tries to ward it off. All to no avail.

To go into much more detail would certainly ruin the film and we don’t want to do that. But I will say that it gets weird. I mean really weird. But that’s ok. You accept this when you commit yourself to watching a film starring Nicholas Cage. And, truthfully, he’s perfect in the role. I don’t see many actors who could pull this off. More to the point we have the return of director Richard Stanley. And if that name doesn’t ring a bell, it’s because no one’s really heard from him since his semi-attempt at directing 1996’s The Island of Dr. Moreau. Stanley was fired three days into shooting and the rest was, well, a mess. Still, he did a fine job here and has been greenlit to direct two more films based on the works of H.P. Lovecraft (which this was based on). Grab a drink. Maybe a couple. But enjoy the ride – it’s worth it.

If there’s one thing about this film that resonated with me, it’s the visuals. They’re…part of what makes the movie work. Looking at the 2.40:1 4K HEVC image is a sight to behold, for sure. And one thing that this disc has been “criticized” for is the lack of HDR. Personally I don’t think it would have made that much of a difference, but people love to complain, don’t they? Nevertheless, the visual style of this film lends itself to some scenes that we’re usually not treated to. Seeing a mother and son fused together by a beam of magenta light or a field of flowers surrounding a well (it’ll make sense when you see it) all make use of colors and, more to the point, the pinkish magenta which is actually not found in the normal spectrum of color. So when we say “it’s a color I can’t describe”, there’s a reason behind it. Nevertheless, detail and clarity look good, black levels aren’t challenged and when compared to the Blu-ray counterpart, this one does have the upper hand. As for that lack of HDR – who knows why, but given the film’s theme, it’s best not to ask why.

A fairly robust DTS HD Master Audio soundtrack has been included though I’m sure the audiophiles out there are clamoring for a Dolby Atmos mix. Hey, if Criterion can do it, so can RLJ Entertainment, right? Still, I found this soundtrack to more than serve its purpose. Nicholas Cage gets some of the meaty roles of dialogue and delivers them in a way that…only he can. Surrounds are used, especially during the film’s third act, with great intent and it really gives a sense of aura and atmosphere that heightens the mood. It’s a good, all-around spacious mix that’s sure to please. I was.

This film is an acquired taste, for sure. But give it a chance. Though the film has been adapted for the big screen, twice, before this one is probably the best of the bunch. And it’s hard to adapt a short story that’s nine decades old. Cage is tailor-made for his role and if you can accept the “weirdness” that is this film, I think it can really be enjoyed. Amazing visuals along with a robust soundtrack compliment a nice all-around package.