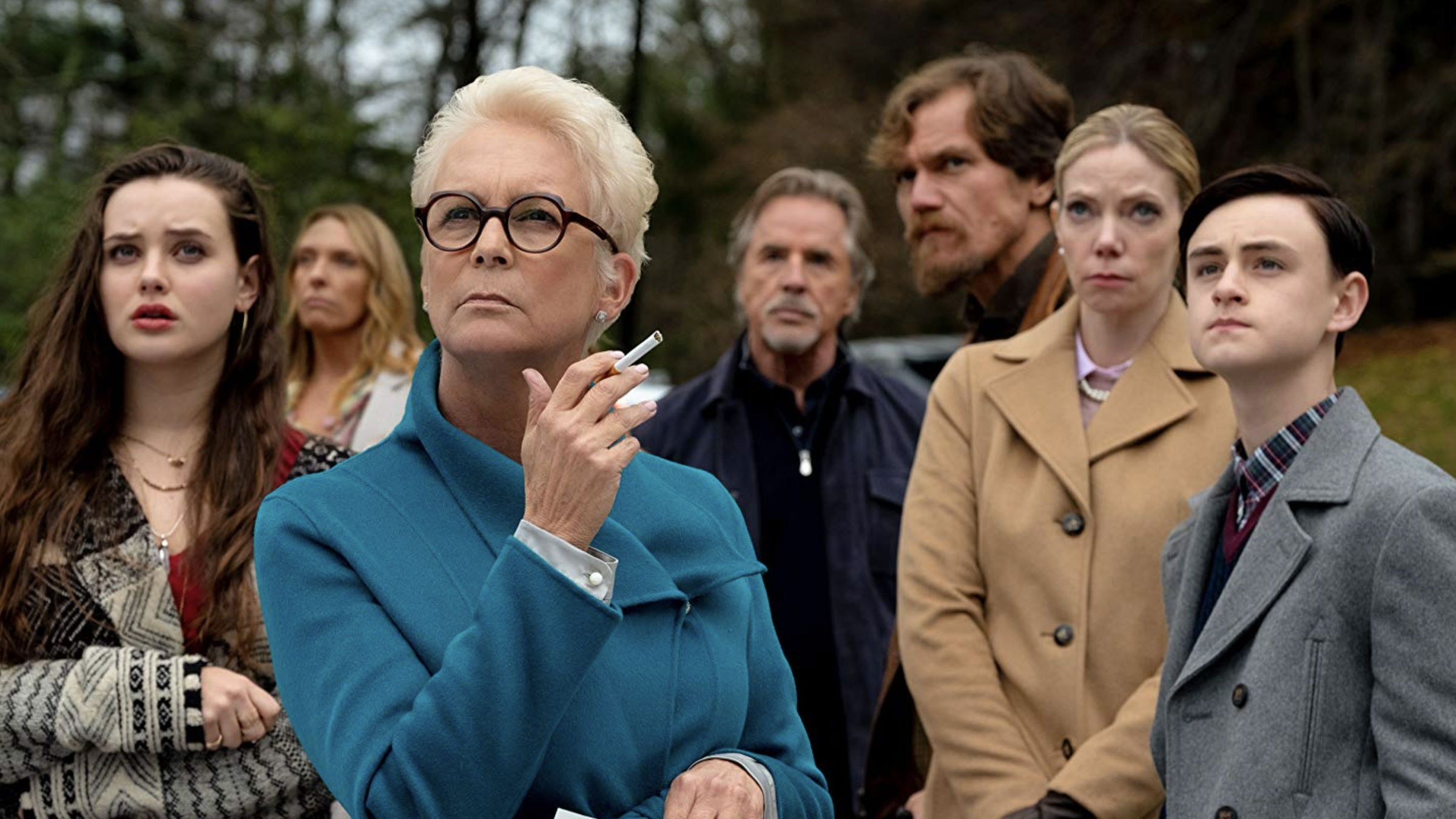 There aren’t a lot of murder mystery movies these days. That’s too bad. But leave it to someone like Rian Johnson to give us one of the best we’ve seen in years. And before I get too deep into uncharted waters, I will say that this is the second film I’ve seen recently about an eccentric rich family who thinks they can do what they want. The first being Ready or Not. I can see these two films being a nice double feature. Nevertheless, take a director who’s known for doing what he wants, producing great films and an ensemble cast and you might have an inkling as to what Knives Out is. But make no mistake – this one will keep you guessing until the very end. And that’s part of the fun.

Harlan Thrombey (Christopher Plummer) has made his name as a noted mystery writer. But when he’s found dead in his mansion with his throat slit, we meet investigator Benoit Blanc (Daniel Craig) and his team to figure it out. There are no shortage of suspects. His daughter, businesswoman Linda (Jamie Lee Curtis), her unfaithful husband Richard (Don Johnson) or their son Ransom (Chris Evans). There’s Harlan’s son, Walt (Michael Shannon), Joni (Toni Collette), the gold-digging daughter-in-law or the grandaughter, Meg (Katherine Langford). Lastly, we’ve got the in-home nurse Marta (Ana de Armas)? Finger pointing abounds and everyone’s a suspect.

To say that there’s more to this film than meets the eye is, of course, an understatement. About an hour in, we see the murder take place. That’s something to behold in a murder mystery whodunnit. But we’re then greeted with a second, more subtle plot. And it’s the combination of these, along with the ensemble cast, that really makes the film work. Knives Out was nominated for Best Original Screenplay (it lost to eventual Best Picture winner, Parasite). But it might be argued that the film’s commercial appeal was the real winner. There are traditional murder mysteries like Murder on the Orient Express, but for something fun and truly unique (and, by and large, family-friendly) look no further.

The film was shot digitally and then Rian Johnson and Director of Photography Steve Yedlin did something a bit odd. What was so odd? Well, they made it look like it was shot on film. They altered the color grading, added some grain and even gave certain scenes a “shaking” effect to resemble that of film. I don’t know why they simply didn’t shoot the movie on film, but last time I checked I wasn’t the Cinematographer for this movie. Nevertheless, Knives Out does look pretty stunning in 4K. It’s not that picture-perfect, pristine gem that we’ve all become spoiled by, but it just has a nice look and feel to it. We’ve got all the usual caveats in place with HDR, nice detail, wonderful colors and the like. I’d go out on a limb and say that this is one that the Blu-ray would most likely suffice, but if you’re building a 4K collection, this should be a part of it. No complaints here in the least.

In the commentary track, Johnson pauses as he says “our ears are about to explode.” While I didn’t find that to be the case, it’s a testament to the soundtrack and score of this film. We get a wonderful Dolby Atmos track that fills the room with an aura of mystery and mystique all the while sounding natural. Vocals are top notch, surround sound has a depth and dimension that only the atmospheric quality that only a Dolby Atmos soundtrack can produce. It’s not LFE heavy, but they’re there. It’s an energetic and fun track that’s sure to please.

There’s a certain characteristic to Johnson’s movies that others simply do not have. I found Knives Out thoroughly entertaining, but maybe don’t praise it quite as high as others. Still, the 130 minute run time seemed to fly by and that’s saying a lot. Lionsgate’s disc delivers the goods with amazing sound and video and it’s loaded with enough extras to certainly warrant a purchase.