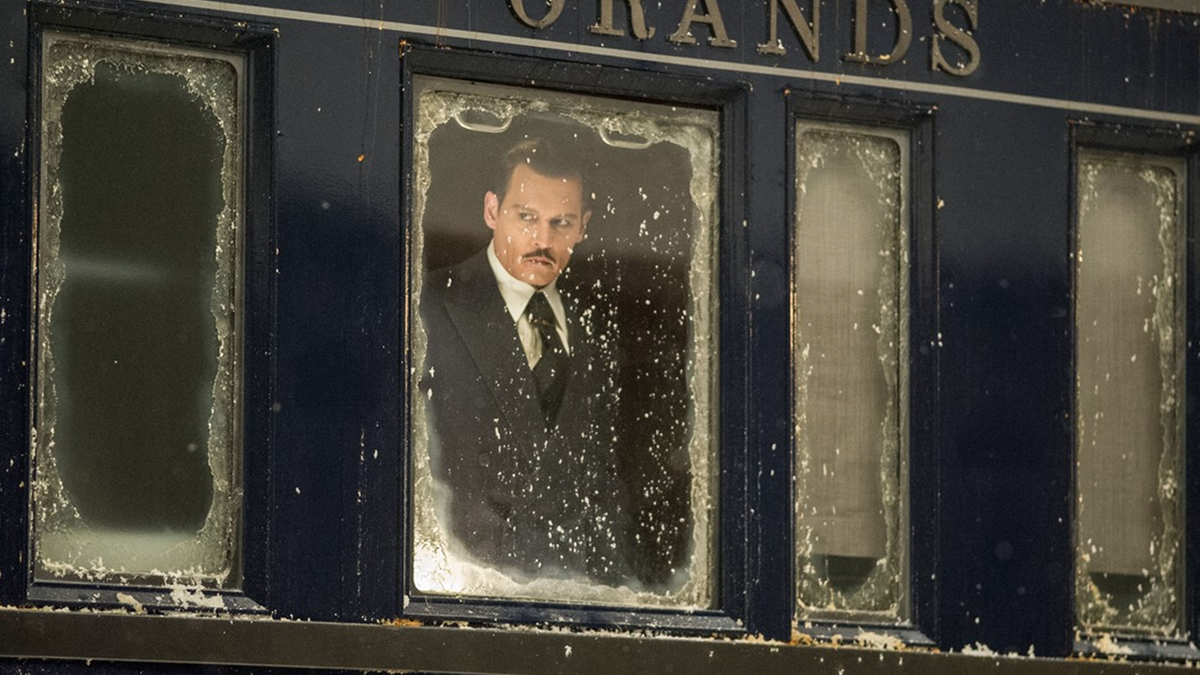 As I sit to write this review, I can hear that song Believer in my head by the band Imagine Dragons. Their song was featured heavily in almost all the ads for this film. It’s not a bad song, but a curious choice since it’s a modern song whereas the movie is set 1934. This is simply nitpicking, but it’s always amusing for me to think of it. I had seen the original Murder on the Orient Express some time ago, but I’d be lying if I said I remember anything about it. I don’t even remember my thoughts on that film. It really is an interesting plot, one that seems prime for a modern update with a popular cast. The fast that the final product is something of a mixed bag is all the more frustrating given the talent behind and in front of the camera. Kenneth Branagh gets double duty here as one of the many stars and also the director of the film. Actually the mustache his character sports can almost be a character itself. What surprised is that his character might not be the most interesting here (he plays the detective), but he gives probably the best performance although it relies a bit too much on problem solving and long, extended monologues.

The film begins in 1934 where detective Hercule Poirot (Branagh) solves a case of theft at the Church of the Holy Sepulchre in Jerusalem. We can see from the early moments that the detective is on point and more than a little obsessive compulsive. This will play into the film big time later as the detective solves the murder on the train. Poirot must board the Orient Express to head back to London for another case. He’s treated like royalty as he boards the train. The early moments of the film are the most interesting where we meet the various characters. There are simply too many to name here, but we get Johnny Depp as Ratchett, Josh Gad as Hector MacQueen, Willem Dafoe as Gerhand Hardman and various others. Branagh keeps things moving steadily enough, but still manages to give appropriate screen time to all participants. When a murder occurs on the train, it’s now up to Poirot to help try and solve it.

This version of Express gets a lot right such as the production design, the cast and attention to detail, but where it fails is when it starts to stall and never really gain traction. Branagh gives a fine performance (as does everyone else, really), but he has several extended monologue scenes where it all but drains the tension out of the film. Instead of being invested in the central mystery, it simply lost me and began to bore me. I did check my watch a view times toward the end of the film. What had me hooked early on just began to lose me after a point. You can see there was a need to try to spice things up here with the opening prologue and some updated effects and what have you. Much of this works to a point, but the film loses its way somewhat. It’s ultimately a mixed bag that I’m not quite sure who it was intended for.

I recently reviewed a film, Darkest Hour, in which I made a comment about its physical appearance (I didn’t bother to get a direct quote from my review, but since I wrote it…) and it not appearing to “…Masterpiece Theater-y…” That’s not the case with Murder on the Orient Express either. It’s got enough modern trickery in there to make it feel fresh and new and distance itself from the 1970’s version. The 2.39:1 HEVC 4K image pulls no punches. Detail is off the charts, colors abound and I made a resolve that whenever I watch a murder/mystery – it’s got to be in 4K. Fox has done a bang up job here, no complains.

Likewise the included Dolby Atmos soundtrack is the stuff dreams are made of. Ok, not really. But for a modern film, this utilizes all of the modern techniques that make a film worthwhile in the audio department. Vocals, and we’ve got a very diverse cast of characters, are pure and crisp. Atmospheric sounds do their job and I was hard-pressed to find anything to complain about. It’s not perfect and there are more robust soundtracks out there, but this one will certainly suffice.

There is a good deal of tension in this updated version of Orient Express, but too much of the film drags. All the cast give it their best, but their efforts are somewhat lost on a film that gets too bogged down in the details. The central premise is interesting, but this ride peters out long before it’s over. A rental is the highest I can offer.