Those Who Wish Me Dead (Digital) 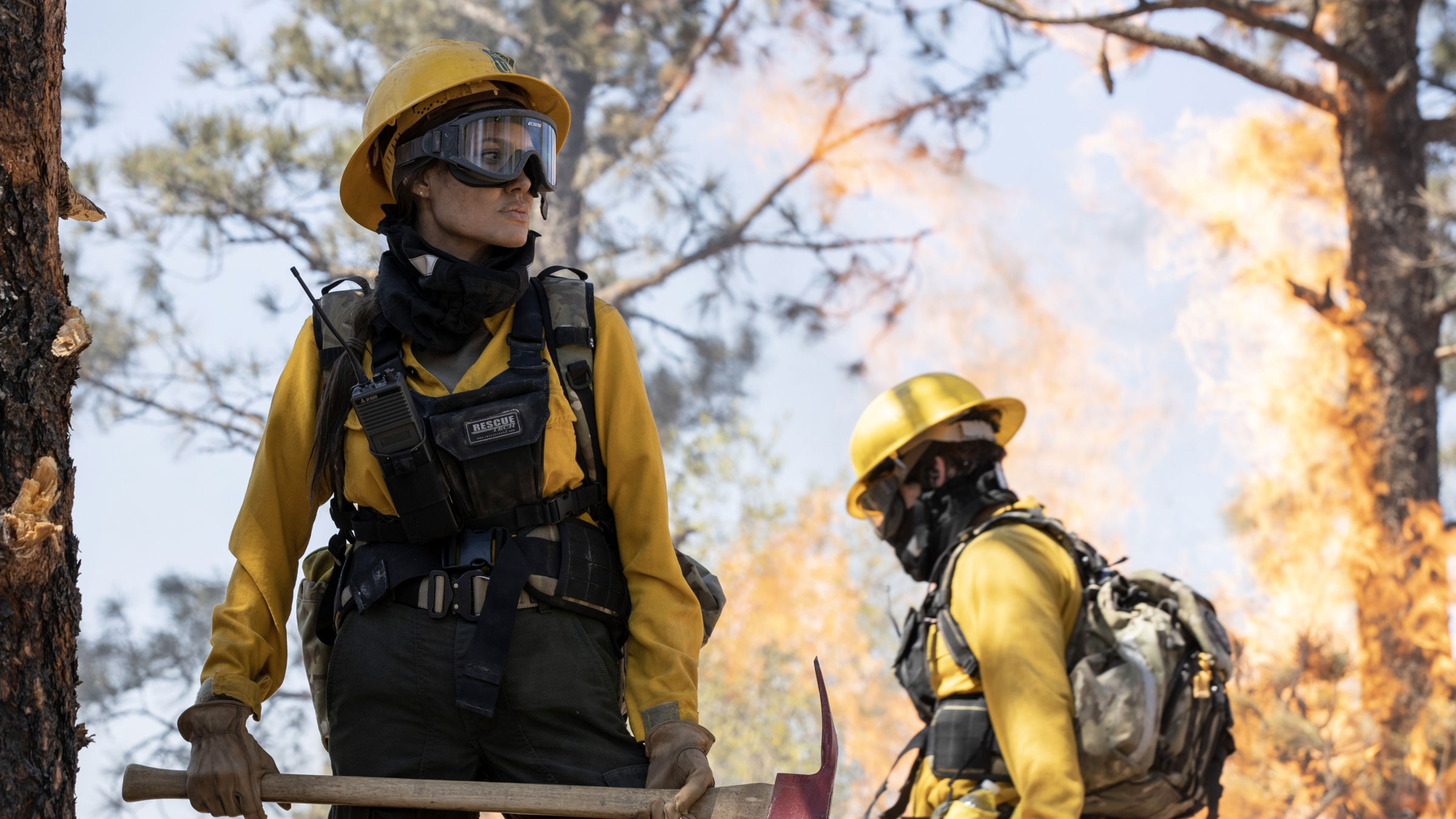 Angelina Jolie is at that point in her career where she doesn’t need to prove anything to anyone. Actually, she’s been at that point in her career for quite some time now, but has focused on her personal life as opposed to her professional one. I don’t really get into the personal lives’ of stars, but I think she’s got a litter of children either by biological means or adoption. Hey, whatever the case, good for her. Her notable film roles in the last few years are relegated some voiceover work in the Kung Fu Panda films and her (admittedly) good turns as Maleficent. But she’s back. And this time she’s teamed up with Taylor Sheridan, director of the amazing Wind River (and if you’ve not seen that film, don’t want this one and watch that one instead). Let’s see if the results are the same.

Hannah (Angelina Jolie) is a smoke jumper and if you don’t know what that is, you’re in good company as I had no clue. Thankfully they explain it. She’s been relegated to tower dury due to a breakdown of sorts she had on the job. She wasn’t able to save three kids during a forest fire and it’s affected her. While out in the forest, she encounters Connor (Finn Little), a boy running from two assassins: Jack (Aiden Gillen) and Patrick (Nicholas Hoult). They’ve figured out that Connor is somewhere in the woods and in an attempt to find him, start a massive fire to flush him out. Makes sense. And if you’re wondering why these two assassins are looking for the kid in the first place, well that makes two of us. That’s a pretty big plot hole.

There are a number of things that work well in this film. I somewhat dig these “nature” flicks if you can call this one that. If not, well…I still dig Angelina Jolie. She’s got a good ensemble cast with Jon Bernthal, Nicholas Hoult and a blink-and-you’ll-miss-him cameo by Tyler Perry (yes, that one). But even with all the right pieces in place, there are just too many things that don’t work and/or add up. The plot hole is one, the seemingly endless string of coincidences is another (Bernthal’s character happens to work for the local sheriff’s department and his wife just happens to be pregnant and they also run a survival training facility. Wow, talk about fortune favoring the bold! That said, Taylor Sheridan is a competent director and certainly the cast isn’t to blame. The pieces are in place, but everything’s off by just enough where this wasn’t a good use of my time. I really wanted it to be.

I would imagine when you see a forest fire, you’d want the screen to showcase as much of it as possible. Having never seen one in person (and I intend to keep that record intact), I can’t really say how “accurate” this is, but that’s neither here nor there. I will say that my streaming of films is still in its infancy. Call me old-fashioned, but I’d rather have a disc in hand than be at the whim of an internet connection. Still, the 2.39:1 AVC HD image leaves little to the imagination. Detail is exceptional, I felt as if I could count each pine needle on every tree. Colors are strong, contrast is rock solid, etc. you know the drill. Honestly, no complaints from me here.

I have to imagine when this comes to disc, it’ll have the same Dolby Atmos track as it did when I watched it on HBO Max. If not, something’s definitely rotten in the state of Denmark. Vocals are sharp as a tack, ambient surround and atmospheric effects fill the room with an aura that really draws the viewer in. The LFE do get some play time as well. I was impressed. Is it me or is it totally weird to be able to stream films with Dolby Atmos sound mixes? Or is this the future! Nevertheless, it’s a great-sounding track that easily satisfies.

My comments above, aside, you could do a lot worse than Those Who Wish Me Dead. It’s not “bad” by any stretch. It’s just inconsistent. But the strong cast nearly manages to save it. It’s nice to see Jolie in something different and she pulls it off. The best moments are between her and Connor’s character. She’s had some experience with children.