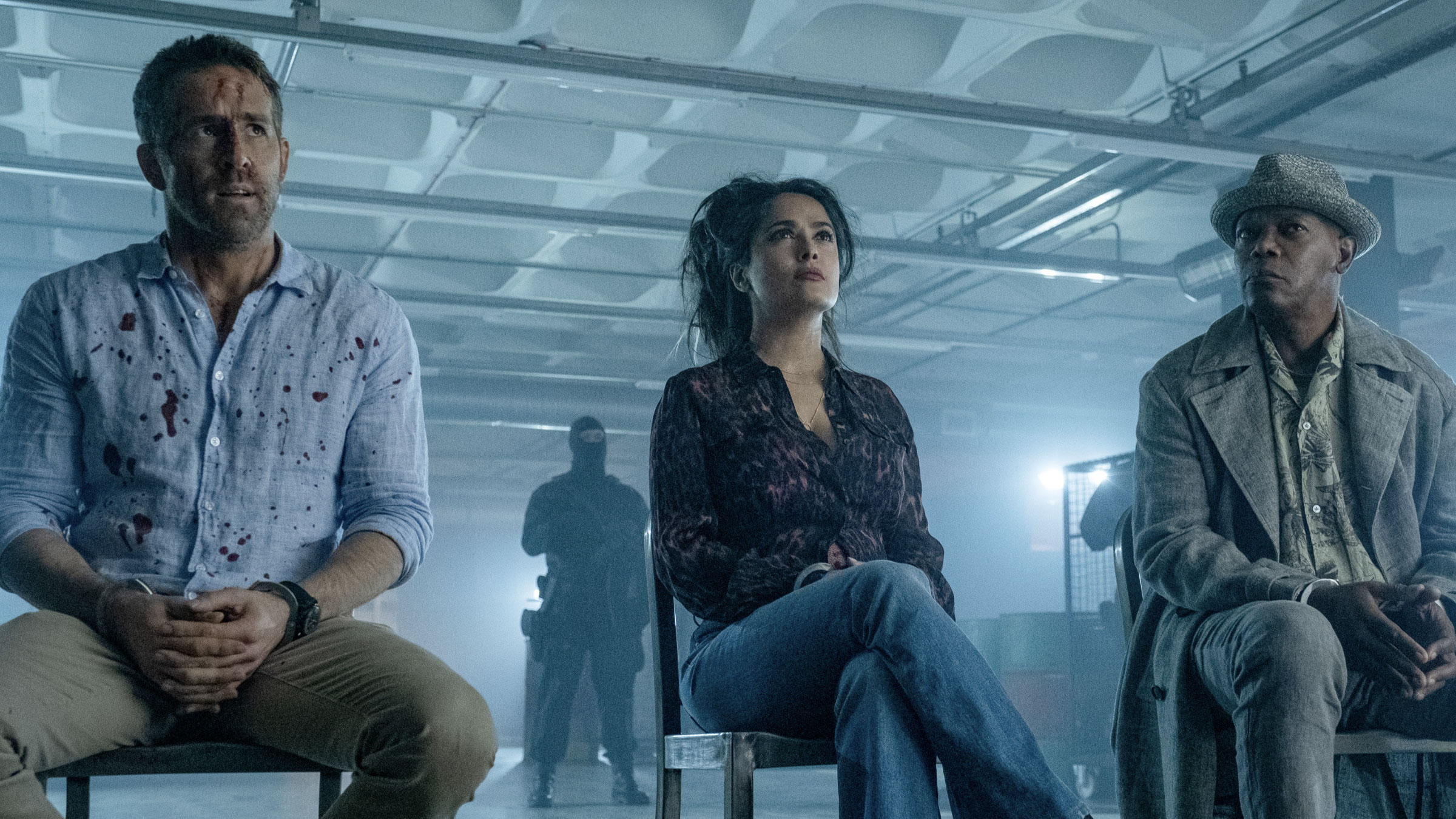 I was never a huge fan of The Hitman’s Bodyguard, so it isn’t hard to imagine why I avoided seeing the sequel theatrically. Truth be told, I went back and forth in my head about it, but ultimately passed. The original doesn’t exactly warrant a sequel, so more of the same just seemed irritating to say the least. Ryan Reynolds can be hit-or-miss with me, mostly the latter. I enjoy him in the Deadpool films, but often there’s just something about him that gets under my skin. He butts heads frequently with the Samuel L. Jackson character in these films and throw in Salma Hayek and you pretty much know if the film is for you or not. I rarely come up with top 10 lists, but if I were to sit and do it, this sequel would easily make the list for one of the worst films of the year. If you’re still here, let me get to the actual review.

Our villain this time isn’t the great Gary Oldman, instead it is Antonio Banderas. He plays Aristotle Papadopoulos, he is seeking revenge for actions taken on Greece by trashing the European infrastructure. We catch up with Michael Bryce (Reynolds) who is the bodyguard and is trying to find peace in life and get away from the killings and what not. Hitman Darius Kincaid (Jackson) and his wife Sonia (Salma Hayek) are thrown into the mix, and this puts the trio on the hunt to stop Aristotle. There’s a lot going on here with the Ryan Reynolds character hoping to reclaim his AAA status and lots and lots of bickering between the 3 leads. And I mean a lot. I can’t imagine writing the screenplay for this film and not getting annoyed myself. Maybe I’d think of the money I would get paid and that would make it tolerable. And that’s clearly what everyone is doing here: collecting a paycheck.

What we have here is a lazy sequel that really shouldn’t have been made. Nothing clicks, nothing works and there’s just a whole lot of nothingness going on here. Reynolds spends much of the film with dried blood all over his face and clothing, Jackson and Hayek talk dirty and have sex and pick on the Reynolds character. Banderas is hamming it up, but you’ll be hard-pressed to care about anything happening on screen. Don’t get me wrong, I love a good mindless R-Rated action flick, but this one stinks. Don’t get me started on the repetitive flashback sequences. I hope the world never has to endure a third film. And if you’re reading this, please don’t put yourself through the misery of watching this awful film.

The film stinks, but the 4K transfer doesn’t. With a wide 2.39:1 ratio, there are strong details constantly. The bold reds of the blood splatter to the nice background shots, this one satisfies. There’s a clean look to the whole thing. The HDR presents this turd well. But again, it’s a polished turd.

The Dolby Atmos will keep any system you have very busy. Vocals are fine, but the action kicks things up here. I don’t know how detailed I need to be, but this is what I want out of an action film’s soundtrack. All channels stayed active and rocked my house.

There’s no other way to look at Hitman’s Wife’s Bodyguard other than a cash grab. This sequel just stinks. The first film isn’t very good, but this pales in comparison. Even the silly title lacks inspiration. If seeing these actors’ bicker for nearly 2 hours sounds like a good time to you then have at it, but all others should avoid.