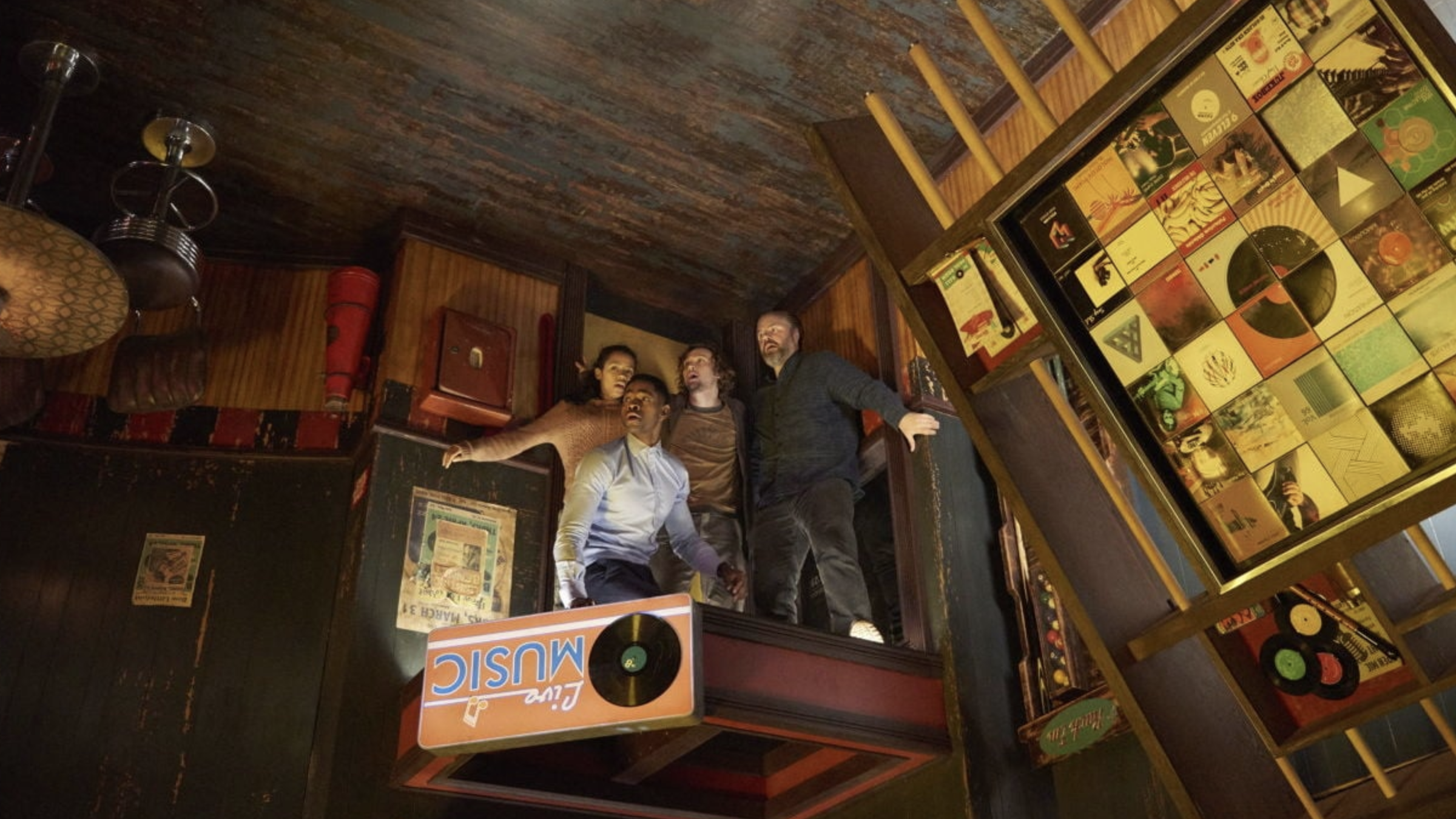 My wife and I were looking for something to do in New Orleans (other than avoiding the puddles of vomit on Bourbon St.). We were staying in an Air BNB and around the corner was a place called “Escape My Room” (link added if you’re in New Orleans and want to give it a try). For those who don’t know, these rooms are intricate, and small, rooms where anything could be a clue. One number on a wall might be the missing number in a combination that will allow you to find the next clue and so forth. Generally you get an hour to solve the mystery and it’s fun. We failed. Twice. Oh well. So when the doldrums of the new year hit, it was somewhat of an eye opener to see a horror film that featured our newfound interest. And having done a few of these, I can see where it was ripe for a movie like this. If films like Saw, Cube or Final Destination pique your interest – this might be right up your alley.

Here’s how it goes down: a group of strangers are invited to participate in an escape room. The prize is $10,000. Each of the players comes from a different walk of life (a high-powered businessman, a truck driver, a college student, etc.) The participants don’t know one another and unbeknownst to them, there’s much more at stake than simply winning the money. As the game begins, the group starts to figure out that there might be more to this than meets the eye. This is confirmed when the players start to, well, die. From there we know the obvious course of action is that only one (perhaps two) will make it out alive. We just don’t know how.

This is one of those films that you have to take with a grain of salt. And I have to say that having done a few of these rooms (death wasn’t part of the game plan), it’s actually done pretty well. Yes, the characters are typecast and we know the cocky young guy might get baked alive or the truck driver might get impaled, but hey – it’s all in good fun, right? As I mentioned above, there are some obvious nods to some previous movies and one I neglected to mention was The Belko Experiment. In it, a game of “corporate survivor” is played with deadly results. Who’ll make it out alive? That’s the hook here as well. I had a good time.

There’s a lot going on in Escape Room, just like there’s a lot going on in an escape room. The attention to detail, both in the film and the transfer, is second to none and it’s those little things that tend to impress me. Sony’s 2.39:1 AVC HD transfer goes through a lot of different phases as the film progresses with one scene focusing on intense heat whereas another showcased more of the icy, blue tones. Detail is exceptional with the little nuances on the walls, floors and everything in between taking front and center. It’s a good-looking transfer that’s sure to have plenty of fans and leave little to the imagination.

A DTS HD Master Audio track is included and does its job well. I really noticed this during the first “room” in which the furnace was turned up and the speakers gave a “baking” impression. Impressive. There are little creaks and things going on in the surrounds depending on which room the characters were in. A gas main blows here, poison leaks from a canister there. Vocals are well-balanced with the surrounds adding just the right amount here and there. It’s a good-sounding track.

Escape Room is one of those films that’s not trying to make a statement and certainly not trying to pretend it’s anything it’s not. Fans of real escape rooms might be a little more out of this than those who don’t know what they are (or who have not done them). But, it’s really not that bad of a movie – I really enjoyed it. Sony’s Blu-ray, as expected, looks and sounds great though the supplements are a bit light.