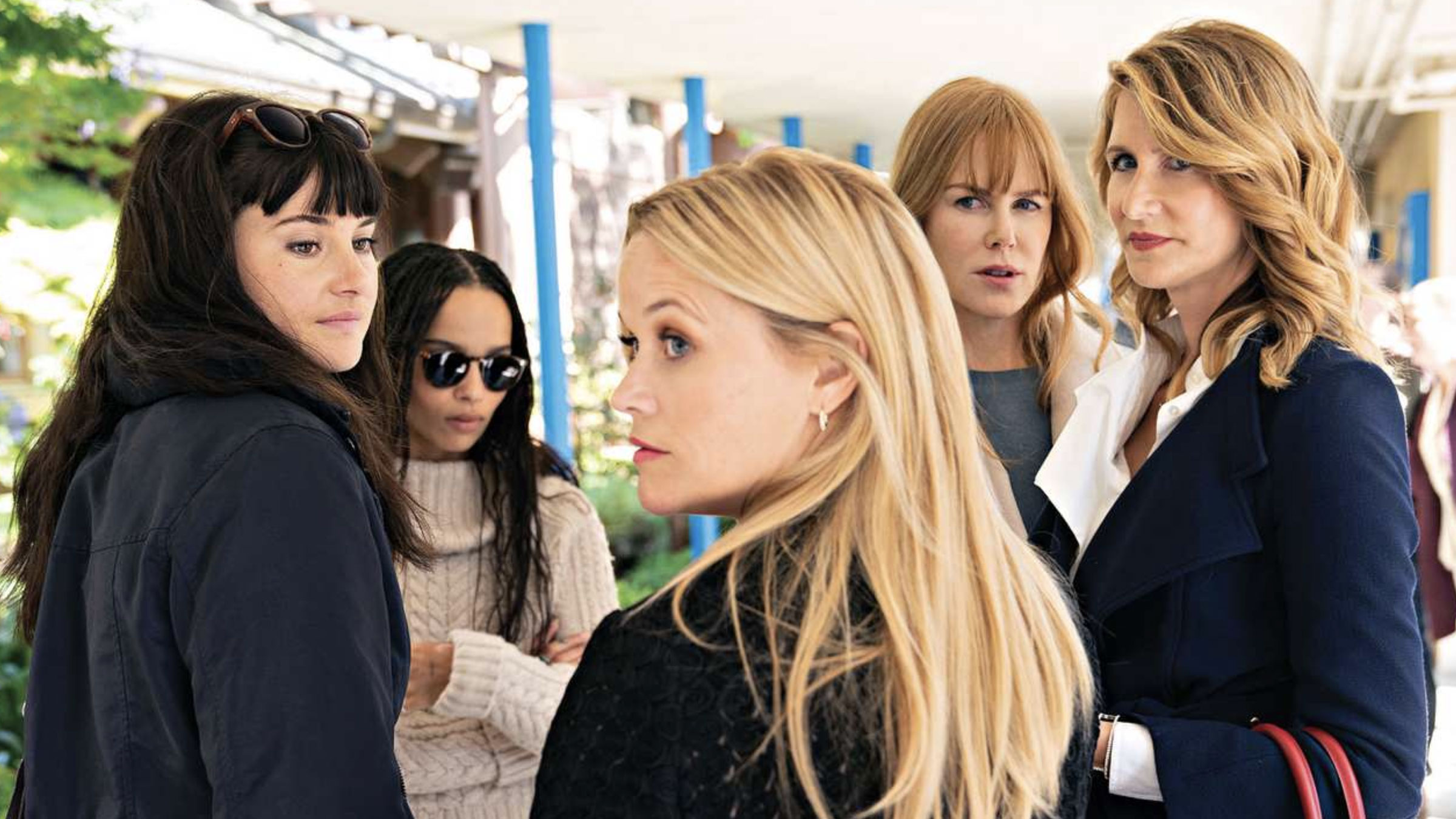 Who’d have guessed that Lianne Moriarty’s 2014 novel about five well-to-do housewives would turn into two of the best seasons of television that HBO has ever produced? And that’s saying something considering this is the network that gave us The Soprano’s and Game of Thrones. In 2017 the first season was a hit, garnering several Emmy’s. The second season wasn’t supposed to happen, but the stars agreed (aligned?) that if the script was right and they could do a good job with it, then why not? Well, it’ happened an on June 9, 2019 and wouldn’t you know it – yours truly just happened to be in Monterey, Ca.

Going on the assumption that the first season has already been viewed (if not, why are you reading this?) the second season picks up just a few months after the events that unfolded earlier. And we meet two new major characters this time around: Mary Louise Wright (Meryl Streep), mother of Perry (Alexander Skarsgård) who’s trying to solve the murder of her son, proving it wasn’t just an accident. We also meet Elizabeth (Crystal Fox), Bonnie’s (Zoë Kravitz) mother. There are other plot lines as well: the Madeline (Reese Witherspoon) and Ed (Adam Scott) are trying to rekindle their marriage. Celeste (Nicole Kidman) is coping with her new life as a single mother. Jane (Shailene Woodley) now works at the Monterey Bay Aquarium (go there, if you haven’t) and has a possible love interest and Renata (Laura Dern) has some major hurdles to overcome as she and her husband (Jeffrey Norling) may no longer live in the lap of luxury.

But there’s so much more.

Like the first season, the writing is excellent as is the acting. Having been to Monterey on several occasions, it was interesting to see some of the locations used for the shoot, though most of it was done in Malibu, closer to Los Angeles. Nevertheless, there may or may not be a season three (the writing has to be top notch and all of the actors’ schedules have to align), but if it never happens – this wraps things up very nicely.

Not much has changed since the first season in terms of look and feel. The locale is the same as is the way this looks. Easily one of the most beautiful places in the world, the Monterey Peninsula, can look gloomy. But it shares a similar trait with its neighbor to the north, San Francisco. Still, the series is amazingly-shot and showcases some of the majestic landmarks all around. Colors seem a bit muted, but you’re dealing with the “beautiful people” here. HBO’s 1.78:1 AVC HD image leaves very little to the imagination and adequately conveys the HD image. It satisfies.

Also relatively unchanged is the mostly dialogue-driven DTS HD Master Audio mix. Apart from the methodically captivating title theme (Michael Kiwanuka’s “Cold Little Heart”), there’s not a lot going on. There are some frequent cuts to the waves crashing which gives some background/surround aural atmosphere. Vocals are as we’d expect, pure and crisp. Some ambient atmospheric sounds fill the front stage, making for a very pleasing experience.

This will sound like a cliche, but if you liked the first season of Big Little Lies, there’s more to like here. All of the main characters have returned and the addition of Meryl Streep only sweetens the deal. Even if there never is another season, we’ve still got 14 episodes of one of the best acted and written television show I’ve seen in a long time.