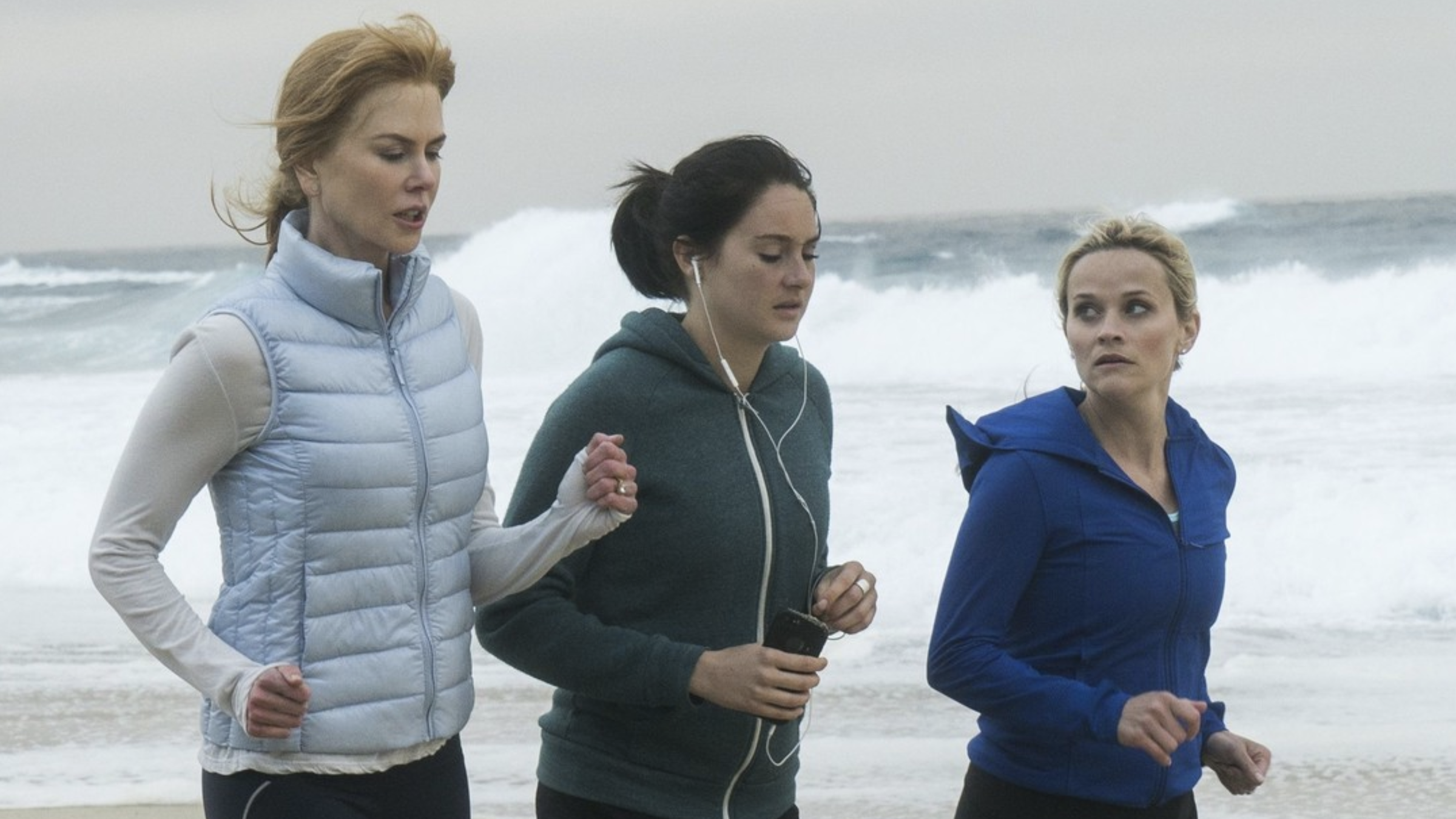 On occasion I’m wrong. Yep, I said it. Case in point, I remember my wife watching Big Little Lies when it aired on HBO in 2017. I immediately thought “Wow, total chick movie.” And in a way I was right. But after seeing a Facebook friend of mine (male) post that he was watching it and loved it, I figured “Ok, why not.” It just so happened that I had a vacation planned to Monterey, Ca. I think the stars were aligned. But before I delve into the plot, I do have to comment on a few other things, namely the show’s writer David E. Kelley. Viewers will undoubtedly know his work from more of a legal perspective with shows like The Practice, Boston Legal, L.A. Law and, of course, Ally McBeal. It’s been a while since we’ve heard anything from Kelley, but he’s put together a great story based off of Liane Moriarty’s novel. Director Jean-Marc Vallée (who directed two of the series’ stars: Reese Witherspoon and Laura Dern in Wild) helms all seven episodes of the miniseries. There’s little to dislike. Let’s get started.

Welcome to Monterey, California. If you’ve ever wondered how the 1%’ers live, take a trip here. Gaze upon the $15 million mansions that overlook the peninsula or take a gaze to the world’s most beautiful golf course – Pebble Beach. If you’re feeling down and out, this is the type of place that’ll make you say “Wow. If only…” But as we all know, money can only buy so much happiness and there’s more than meets the eye to the citizens of this small town. We learn there’s been a murder, but we don’t know who (and won’t until the last episode). But as we’re introduced to the main characters, we learn that any one of them might be the victim. Here’s a rundown on who’s who in Monterey.

And, well, that’s it. This isn’t a cop out, but to tell a lot more would be to risk spoiling things and I don’t want to do that. Admittedly when I’d watched some of this with my wife I saw the last episode so I knew “the twist.” But even knowing that, it really didn’t deter things too much. As much as I try not to do this, don’t judge a book by its cover. I’m not ashamed to admit my fondness for this show and it’s one I’ll probably go back and watch every year or so. And remember, no matter how large the house, no matter what car you drive or the view you have – there’s always more to someone than meets the eye.

The Monterey Peninsula is easily one of the most beautiful places in the world. But it shares a similar trait with its neighbor to the north, San Francisco in that it can look rather gloomy at times. Still, the series is amazingly-shot and showcases some of the majestic landmarks all around. Colors seem a bit muted, but you’re dealing with the “beautiful people” here. HBO’s 1.78:1 AVC HD image leaves very little to the imagination and adequately conveys the HD image. It satisfies.

Admittedly this isn’t one that will test the limits of your sound system. Apart from the methodically captivating title theme (Michael Kiwanuka’s “Cold Little Heart”), there’s not a lot going on. There are some frequent cuts to the waves crashing which gives some background/surround aural atmosphere. Vocals are as we’d expect, pure and crisp. Some ambient atmospheric sounds fill the front stage, making for a very pleasing experience.

Call it a “chick flick” if you want, but I was almost immediately captivated by the writing and acting of Big Little Lies. Not only does it contain some of today’s biggest stars, but David E. Kelley’s writing hasn’t declined as the years have passed. Thought-provoking, difficult to watch (at times) it epitomizes what HBO is all about – high-quality entertainment that’s simply satisfying. The Blu-ray is relatively featureless, though it looks and sounds as expected.