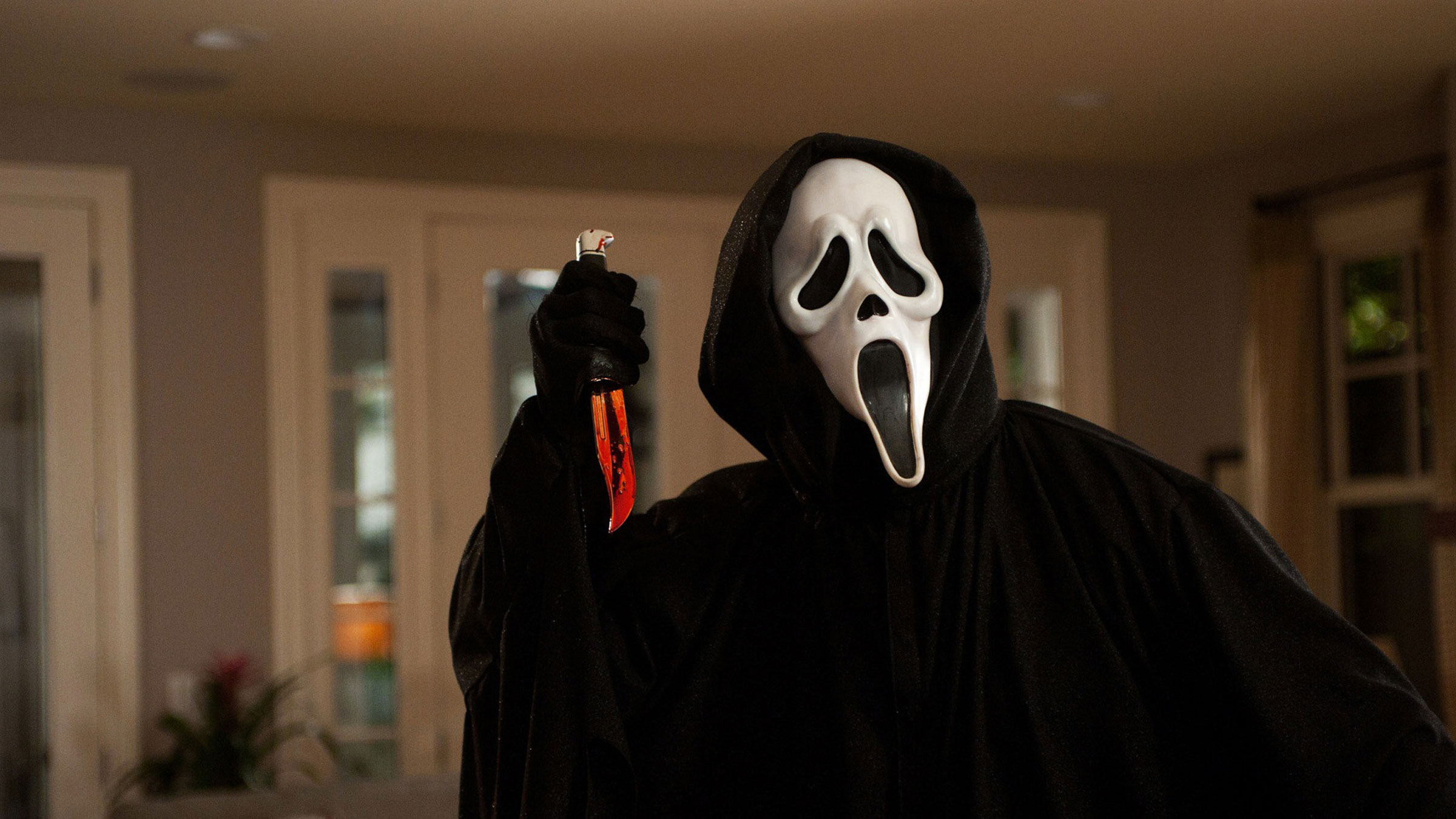 Horror movies were, and usually have been, a very specific genre. It wasn’t until the slasher films of the 70’s and 80’s did they gain some cult following. We all know the films like Halloween, Prom Night, Friday the 13th and so on. So when Scream came along in 1996, it was something of interest. First off, the film was directed by Wes Craven, the man who had directed several of the cult classics that inspired this film. It was written by Kevin Williamson who, at the time, wasn’t well-known, but had also written a screenplay for a movie called I Know What You Did Last Summer. That’s right, the screenplay for that was written before Scream, which Williamson cranked out over the course of a weekend. I remember seeing this movie for the first time and, by then, it’d already achieved some sort of cult status. And now, a quarter of a century later, it’s as much a classic as any of the aforementioned films. What’s your favorite scary movie?

Scream starts with a bang. I’ll assume that by now anyone reading this review knows what that it, but in case not – I’ll not explain that here. We meet the cast of characters: Sidney (Neve Campbell), Billy (Skeet Ulrich), Stu (Matthew Lillard) and reporter Gail Weathers (Courtney Cox) to name a few.  A string of murders brings Gail to Woodsboro (in an effort to increase sales of her book, about Sidney’s mother). Together with the help of the local Deputy Dewey (David Arquette), they try to piece together the pieces of the puzzle. Suspects abound and it’s only with the aid of nerdy video store clerk Randy (Jamie Kennedy) who starts to connect the dots. Naturally to give anything more away would ruin the fun (for those who haven’t seen it).

What else can be said? Scream is now a modern classic and, fifteen years after its initial release it’s still as good as it was the first time I saw it. Yes, it’s gory and graphic but it’s supposed to be. Most of what made the original so successful was the fact that they weren’t trying to create anything new. They were taking movies and mentioning them by name and giving us the “rules” of the horror movies. They were telling us what we already knew and we LOVED it! While I wasn’t too much of a fan of the later installments, the first is certainly the best in my opinion. Isn’t it always?

There are two draws to this new version: the remastered 4k picture and the new supplement. Odds are more people will gravitate towards the first rather than the second. Scream, to me, has always looked pretty darn good. A majority of the film takes place at night and/or indoors, but there are some beautifully-shot daytime scenes as well. The main improvement is done via HDR, giving those blacks just a bit more edge as well as some of the color balance done. Looking at the Blu-ray, some of the shots seem a bit overexposed and this 4K fixes that. Granted, it looks a bit “darker”, but it’s also a much more realistic-looking version of the film. The 2.39:1 4K HEVC image has, simply put, never looked better.

The same DTS HD Master Audio soundtrack that graced the previously-released Blu-ray is at work here. And that certainly does the film justice. Granted, the movie has never been one of the shining examples of dynamic audio as the front stage handles most of the action. Still, dialogue is clear and crisp and some of the surround effects do still sound pretty good (the knife slashing through the air comes to mind). This isn’t the best example of a DTS HD Master Audio soundtrack, but then again I wasn’t expecting it to be.

A quarter century after its release, Scream is in every way a classic as the same movies that it parodied. It’s a once a year viewing for me. This new 4K edition improves the picture quality, albeit slightly, and adds a new supplement. I’d recommend this one only for the hard core fans, but it’s nice to have nonetheless.