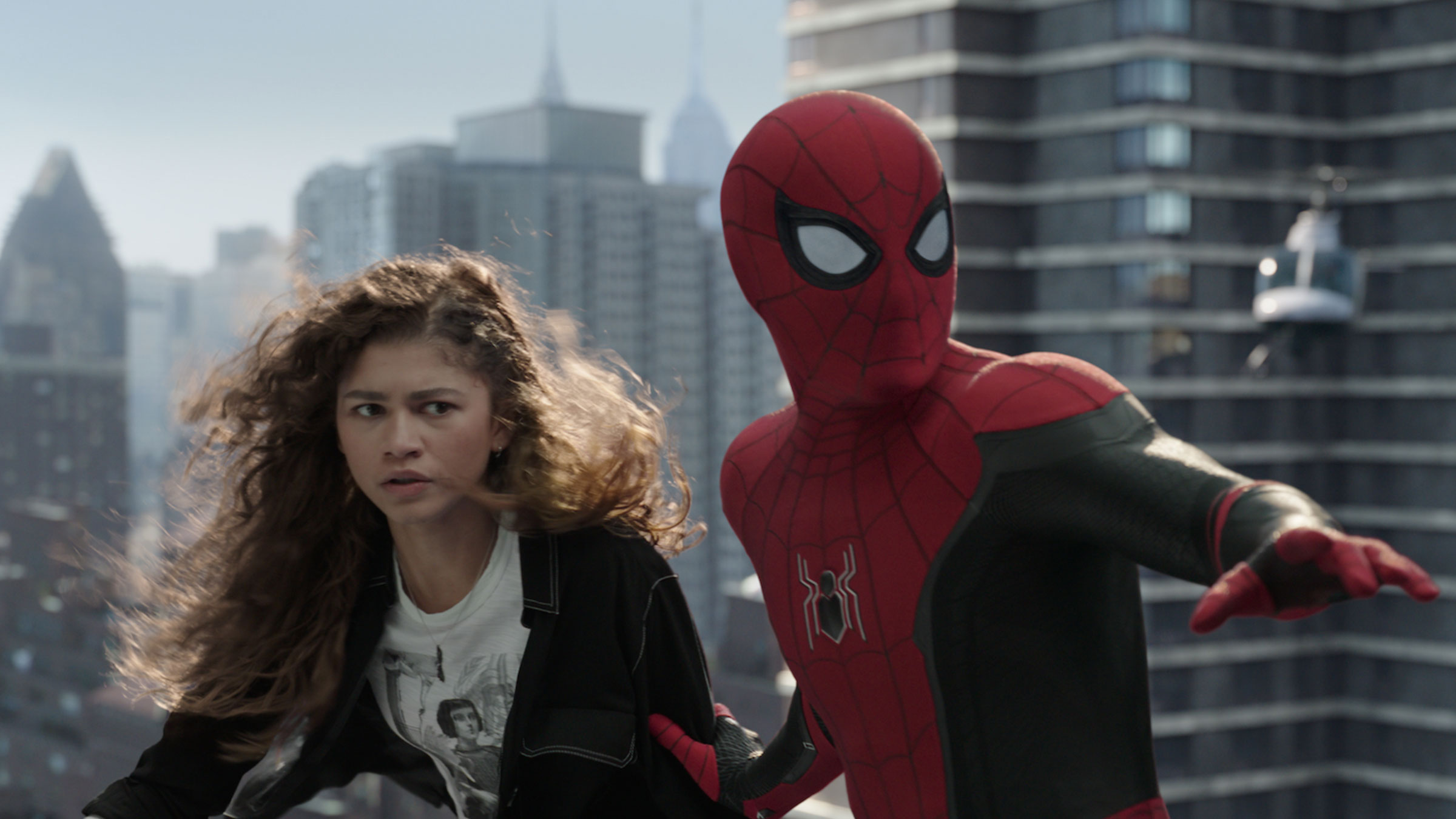 I’ll state up front that you won’t get any spoilers from me when it comes to Spider-Man: No Way Home. What I will say is that depending on when this review goes live, most viewers will either know everything they need and/or want to know, or they’ll be carefully avoiding spoilers from all forms of social media and message boards. Getting into the debate over who inhibited the role of Peter Parker/Spider-Man is not something I will get in to. It’s the same with the various actors who’ve played James Bond. I’d say that all have their pros and cons. Tom Holland is in fact growing on me and is at least the closest we have in age to Peter Parker being a teenager.

After the big reveal at the end of Far from Home, where we learned that Mysterio (Jake Gyllenhaal) revealed Spider-man’s true identity to the world, this film picks up moments after that. We find Peter Parker and his closest family and friends being constantly harassed by people and by the press. Many believed he killed a hero, but he explains that the droids killed Mysterio. He and his girlfriend, MJ (Zendaya) and best friend Ned (Jacob Batalon) are all planning to attend the same college, but find it harder than it should be since the news broke of Peter being Spider-Man. The specifics are easier seen than explained, but I appreciated that the film deals with the consequences rather than run from them. Before Long, Peter decides to visit Dr. Strange (Benedict Cumberbatch) to try and cast a spell that would essentially erase everyone’s knowledge that he is Spider-man. Sounds like a basic request, but as he is casting his spell, Peter continually alters things by making requests that MJ, his Aunt May, and others still know. We can’t blame Peter wanting their memories with him to remain, but this creates some problems.  Many may know by at least viewing the trailers that this opens portals which is called the “Multiverse”, to which Strange even admits that they know little about. You won’t get too much out of me, but villains from the past Spider-Man films come out to play, so to speak.

In his third solo outing, Tom Holland does give his best performance here. That’s a good thing, too as this is the film that asks the most out of him. Clearly, the actor is used to the physical stuff, but on an emotional level, much is asked and he more than rises to the occasion. At over 2 hours, the film zip by for the most part. The pacing could use a little boost in the first half hour, but once the story kicks into high gear, it keeps us with it. It is also a film that will need some digesting and even second viewings, I think, to offer a clearer analysis. For all the glowing reviews, the excitement of what the film throws at us can largely be attributed to that. Indeed, it is very exciting what the film has to offer, and the fact that it isn’t a complete disaster is even more rewarding. This very much is like a love letter to the countless fans out there. I won’t say it is my favorite Spider-Man film, but I think it is the most rewarding, especially on an emotional level. Thankfully Marvel tones down the humor for this outing. Oh, there are jokes, but they don’t keep throwing them at us like before. The film has faith in the audience to have emotional scenes without undermining them with humor. I appreciated that. What might be its one downfall is the lack of a true villain in the traditional sense. Oh, we do get them here, but it’s just different this time around. The stakes here are more on a personal level for Peter as he becomes attached to these people on a personal level. Dr. Strange insists that it’s their fate, but Peter can’t accept that.

Just where the film is going would also be heading into spoiler territory and that’s not why I’m here. What I will say is that things get very emotional and it commendable for a big blockbuster film like this to take the chances it does. It may even draw some tears from a few audience members. I can truly say I can’t wait to see what comes next. As always, be sure to stick around for two bonus scenes after the credits.

Spider-man: No Way Home gets more than enough right to satisfy fans. It truly is a rewarding experience. It offers so much for fans to digest. I am not quite as wild about it as most seem to be, but it is still a very worthy entry in the superhero cannon and leaves an impression. It also builds serious anticipation on just where they go from here. Recommended.