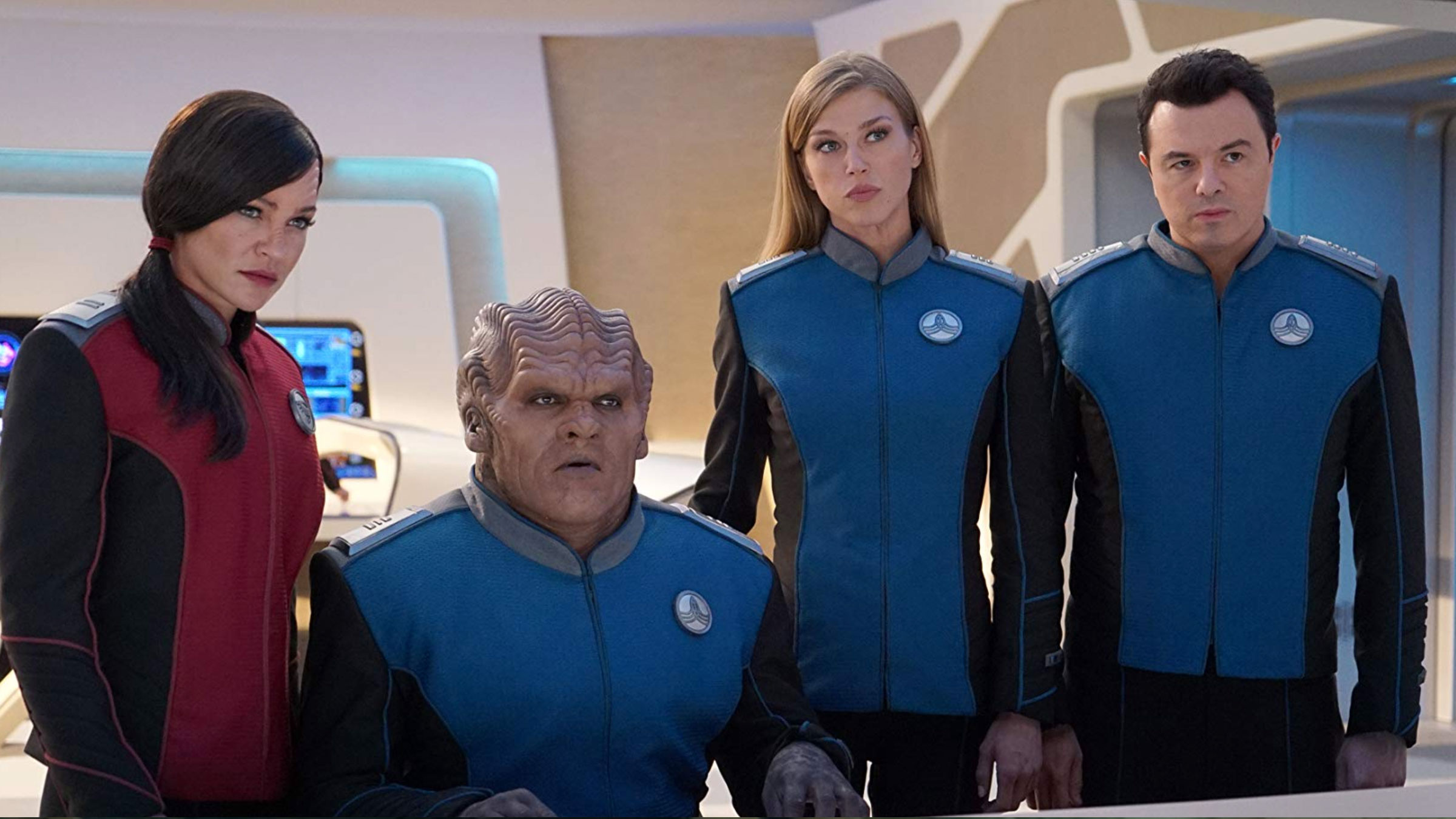 The success of the first season of The Orville set the stage for the follow-up season. Flawed, for sure, but utterly enjoyable. I’m of the belief that there’s got to be a replacement for Star Trek: The Next Generation out there somewhere and I want so badly for The Orville to be it. It is…kinda. Building on the characters in the first season, all of the mainstays are back. This time around we get a more robust atmosphere, some “deeper” storylines as well as character arcs that really made things work. The desire for Ed (Seth MacFarlane) and Kelly (Adrianne Palicki) being one and the departure of Alana (Halston Sage) and her subsequent replacement, Talla (Jessica Szohr). Along the way, they do battle with their enemy, the Krill (think of them as the Romulans) as well as a handful of other pratfalls.

The show was on red alert from the get to. The union between Fox and Disney was not yet finalized and so too was the show’s uncertain future. Without giving too much away, I’ll say that they ended the second season in a nice way so that if a third season were to never materialize, it wouldn’t feel weird. But, as of this writing, it appears as if Capt. Ed Mercer and crew will find new life on Hulu for a third season. And that’s a good thing. There’s a lot of potential for this show and it’s now in the realm of “good science-fiction television shows” when there aren’t a lot of them out there. However streaming services like Hulu, Netflix, HBO and so on do give writers more creative freedom than that of a network. Will it work? It should. Bear in mind that MacFarlane has brought Family Guy back from cancellation – twice.  Full speed ahead.

This is a show that I watch regularly and it’s broadcast in HD. Therefore when watching this series on DVD you’re taking a step back in terms of video quality. Yep, we’re losing several hundred lines of resolution and it shows – literally! Even the menus look a bit blurry and jagged. This isn’t unwatchable by any stretch, but when the show is so readily available On Demand or via streaming services in superior quality, there’s not much aside from the supplemental material that’s going to make the average fan pick up a copy.

But so I can say I said it, the 1.78:1 anamorphic image is indeed enhanced for widescreen televisions. The uniforms of the crew are bright, bold and colorful. The show has several special and practical effects which look better in 1080p as opposed to DVD, but it’s not entirely bad. I’m just going to stop right here. Anyone who’s seen the show will notice an immediate degradation of video quality. I would hope that this is one instance in which Fox would opt for a Blu-ray. Fans would appreciate it.

The audio is a standard Dolby Digital 5.1 mix and in the days of Dolby Atmos and DTS X, there’s a pretty noticeable difference between the two soundtracks. But having said that, this isn’t all bad. The show uses some sparing surround sound, vocals seem rich and pure and it’s a fairly good representation of how the over the air broadcast sounds. This isn’t anything special, but again the inclusion of a DTS HD Master Audio mix on a Blu-ray would bring it to another level.

There’s no doubt that The Orville has a strong, cult following. This is good news as the show could have very well gone the way of the dodo after this season. That being said, to have a science-fiction show offered in DVD with Dolby Digital 5.1 isn’t exactly giving fans what they want. It’ll do in a pinch, but hopefully something happens in the future where we get these on Blu-ray.