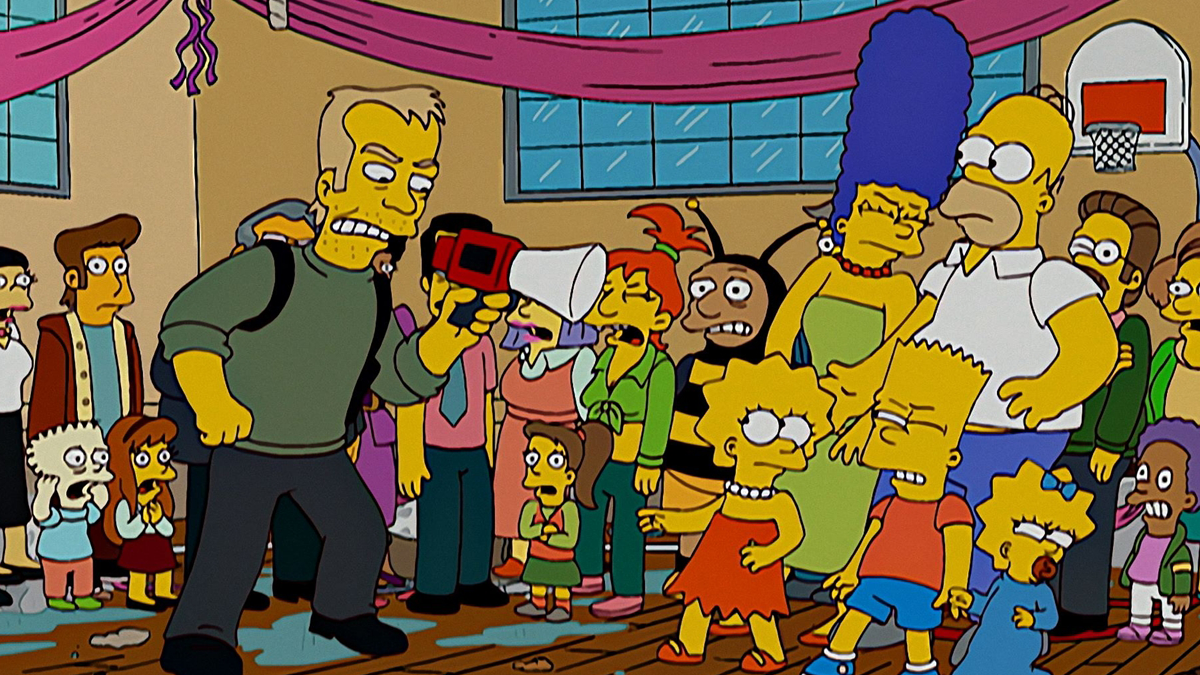 For nearly thirty years, The Simpson’s has been my favorite television show. I don’t know what it is about that little yellow family that keeps me glued to the screen, but it’s something. I can’t (and probably don’t want to) count the amount of hours that I’ve spent in front of the TV chuckling to the antics of the citizens of Springfield. In recent years I’ve also become quite the fan of Family Guy, a much more irreverent spin-off of The Simpson’s, but nonetheless funny in its own right. I’ve yet to really figure out how Fox is releasing these seasons. In the beginning it was very easy as they started at Season One and kept going up.

Though this is being released in 2017, this season was part of the 2006-2007, most memorable as The Simpsons Movie came out that summer. The season-finale 400th episode, “You Kent Always Get What You Want”, “24 Minutes” with guest star Kiefer Sutherland, Treehouse of Horror XVII with the sepia-tone classic “The Day the Earth Looked Stupid” and much much more.  Guest stars include Michael Imperioli, The White Stripes, Tom Wolfe and Natalie Portman and classic episodes include the Emmy-nominated “The Haw-Hawed Couple” and WGA winner “Kill Gil,  Volumes I & II.”

While the newer episodes are presented in HD, this was among the last to be shown in the original 1.33:1 full-frame ratio. I watch these reruns pretty much every day and the first thing that really struck me was the color. It’s much more rich and robust than the somewhat pale over the air broadcasts. As any animated title, it does look better than a live action movie and we lose the artifacting and can focus on the pristine quality of the prints used.

The included Dolby Digital 5.1 track more than suffices, though some of the other seasons are available on Blu-ray and feature a DTS HD Master Audio track. The episodes I watch on TV are usually of sub-par quality, though so long as I can hear the dialogue that’s all I really need. Surrounds are used here and it does give the show a bit of depth. Episodes like “Treehouse of Horror” do sound exceptionally good, though let’s face it – those watching The Simpson’s for the audio quality alone are people you don’t want to associate with! Only kidding. Again, it’s a step up from the reruns that you’ll see on TV, and about on par with the other seasons on DVD.

It was said that “DVD is a dying market” and that The Simpson’s wouldn’t be released on said format. Audiences seemed to have the final say there as this release is definitely “old school.” Truthfully there is a difference in quality between Blu-ray and DVD, but for rabid fans of this show (and yours truly is one), I’m just happy to have it on a disc – be it DVD or Blu-ray.