There aren’t a lot of good television dramas out there. Well, ok, there are, but they aren’t on network television anymore.  Thanks to the success of shows like Breaking Bad, Mad Men and Game of Thrones, more and more shows are leaving the networks for a little more creative freedom on cable. And who’s to blame them?  But a few years ago a little show called The Mentalist was born and it’s managed to maintain the freshness of the show while still retaining it’s edge.  You see, the entire premise of the show is so that Patrick Jane (Simon Baker) can find out who killed his wife and child.  For the past six years, he’s come up short but in this sixth season he may or may not finally get his revenge.

This season is the most nail-biting and suspenseful season of The Mentalist yet. The first 8 episodes center around the narrowing of Jane’s list of seven suspects. Grace Van Pelt and Wayne Rigsby walk down the aisle in Wedding in Red, the third episode of the season. As part of the operation to reveal Red John’s identity, a secret organization of Law Enforcement personnel known as “The Blake Association” was discovered. Because Gale Bertram, the head of the CBI, was revealed to be a member the CBI was closed down. Teresa Lisbon became a police chief in a small town, Kimball Cho joined the FBI and Wayne Rigsby with Grace Van Pelt opened their own investigations company specializing in Computer Fraud. After Two years, Jane becomes a consultant for the FBI and is working alongside stern, but intelligent FBI agent-in-charge Dennis Abbott and by-the-book agent Kim Fischer, as well as Lisbon and Cho.

The Mentalist is presented in a 1.78:1 anamorphic widescreen transfer that certainly does the show justice. I’m a bit perplexed as to why this isn’t being released on Blu-ray. Given the show’s success, I figured it’d be a lock to go Blu. But that’s not the case and what we have looks very pleasing to the eye. I usually watch the episodes in HD, so I have to say that this standard DVD set does lose a bit of the fine detail and clarity, but the colors are bold, bright and vivid. I actually did a few comparisons between the standard DVD and a few episodes I have saved on my DVR and, as expected, the HD broadcast is superior though not by a lot. There appears to be the tiniest bit of enhancement on the standard DVD set but aside from that and the lack of detail, viewers should be satisfied.

I don’t find myself saying this much anymore, but a Dolby Digital 5.1 track is included and it more than serves its purpose. By and large, television shows aren’t much on dynamic audio and “The Mentalist” is certainly no exception. A majority of the series is dialogue-driven and only at the rarest of times do the surrounds kick in. The LFE are practically non-existent, but it’s not like we need a lot of bass to add to the storyline. Like most television series, the audio serves its purpose and not much more. 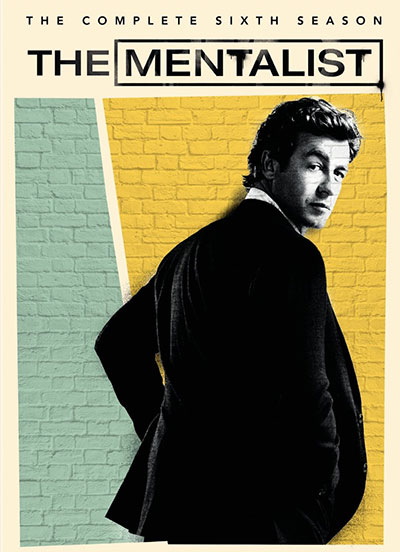