Glee: The Sixth and Final Season

It’s always kind of sad when a once formerly great show taps on the breaks, falls into relatively obscurity and finally off the radar. Glee, unfortunately, is one of those shows that epitomizes this to the umpteenth degree.  Back when the show first aired, the fall of 2009, it was something fresh and that we’d not heard of. The main plot focuses on a group of outcasts who represented every minority group you could have in High School, but who all managed to find an outlet through the school’s glee club. Week after week they’d belt out tunes from the 70’s, 80’s and 90’s with a  new spin and it became a hit. Yes, audiences liked it! And so it went for the first few seasons. They came, they saw, they sung (and to a lesser extent, danced). The cast was firing on all cylinders, ratings were great and then, seemingly – it happened. It might be attributed to the death of one of the lead actors, Cory Monteith (who played Finn on the show) died in 2013. The show was never really the same after that.

Nevertheless, the sixth and final season of Glee has run its course. For those that kept up with the show, the fifth season took place in New York, following the “dreams” of some of its stars. Gone were the days of high school. The show just didn’t feel right. But as with most shows, it returned to the comfortable roots for the final season. Rachel (Lea Michele) returns to McKinley High to find Principal Sue Sylvester (Jane Lynch) trampling the arts – including the glee club. Without missing a beat, Rachel and a newly single Kurt (Chris Colfer) set out to revitalize New Directions, hoping for a shot at the national title. It won’t be easy since Will (Matthew Morrison) and Blaine (Darren Chriss) now coach rival groups Vocal Adrenaline and The Warblers.

The episodes are presented in 1.78:1 anamorphic widescreen. I watched the show in high definition when it was broadcast and the visuals here don’t quite match that standard. The show looked great when broadcast, but the episodes here seem to be a step below that. This set has 22 episodes and only four discs, which is probably why the series doesn’t sparkle like it should. I know fewer discs is probably cheaper, but Glee deserves to be seen at its best. The visuals are still solid, but I expected so much more and in truth, my DVR’ed episodes look superior.

This show is all about music, but the soundtrack comes off as cramped and quite limited. I don’t mean in isolated moments either, almost all of the audio is presented as such. The full scope of the audio fails to ignite, as the surrounds are rarely used to effect. The front channels do their best, but this kind of material needs room to breathe and it isn’t allowed to do so. Again, the audio sounds passable, but wow, Glee should have been a knockout, home run audio treatment, not just an acceptable one.

Unfortunately die-hard fans of the show won’t be rewarded with a plethora of supplements.

Glee might not have ended its run on a high note, but that’s not to say that there were’t some memorable episodes and some genuinely good performances. But…those are found in earlier seasons. This was the right time to end the show. It’s a bit disappointing that Fox stopped producing Blu-ray’s of the series and this is available on DVD only, but it still offers up solid visuals and audio. 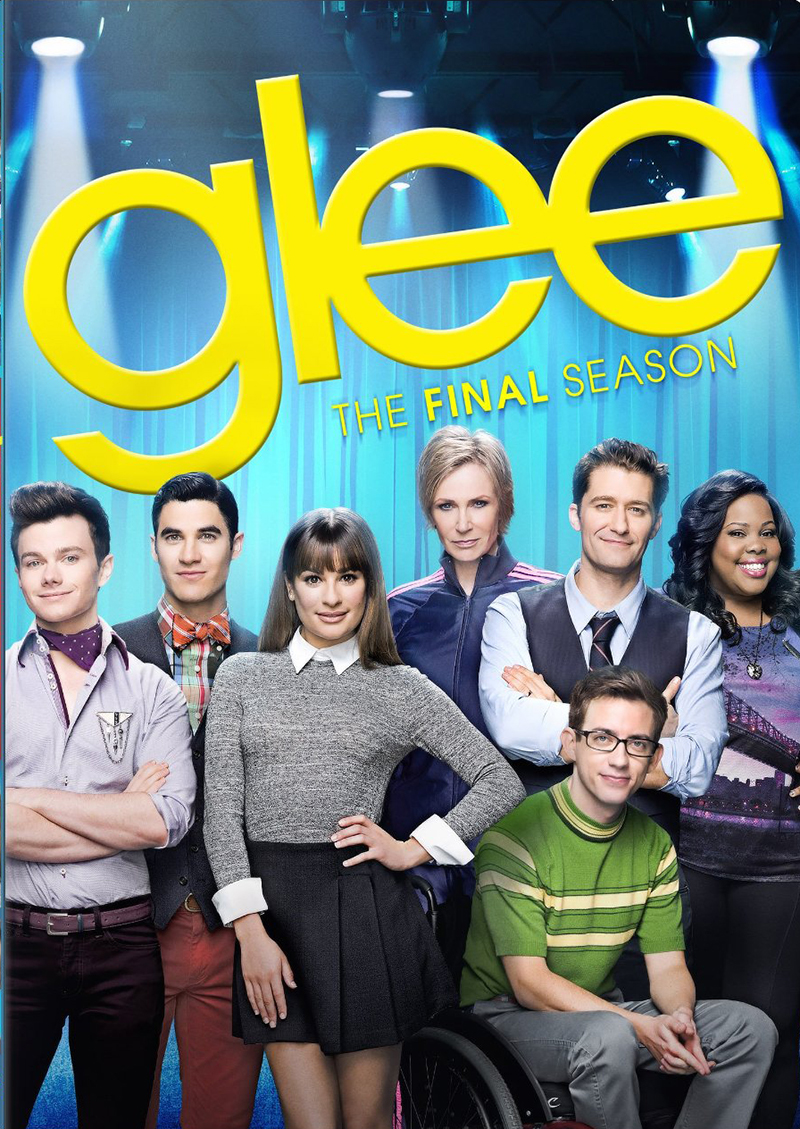