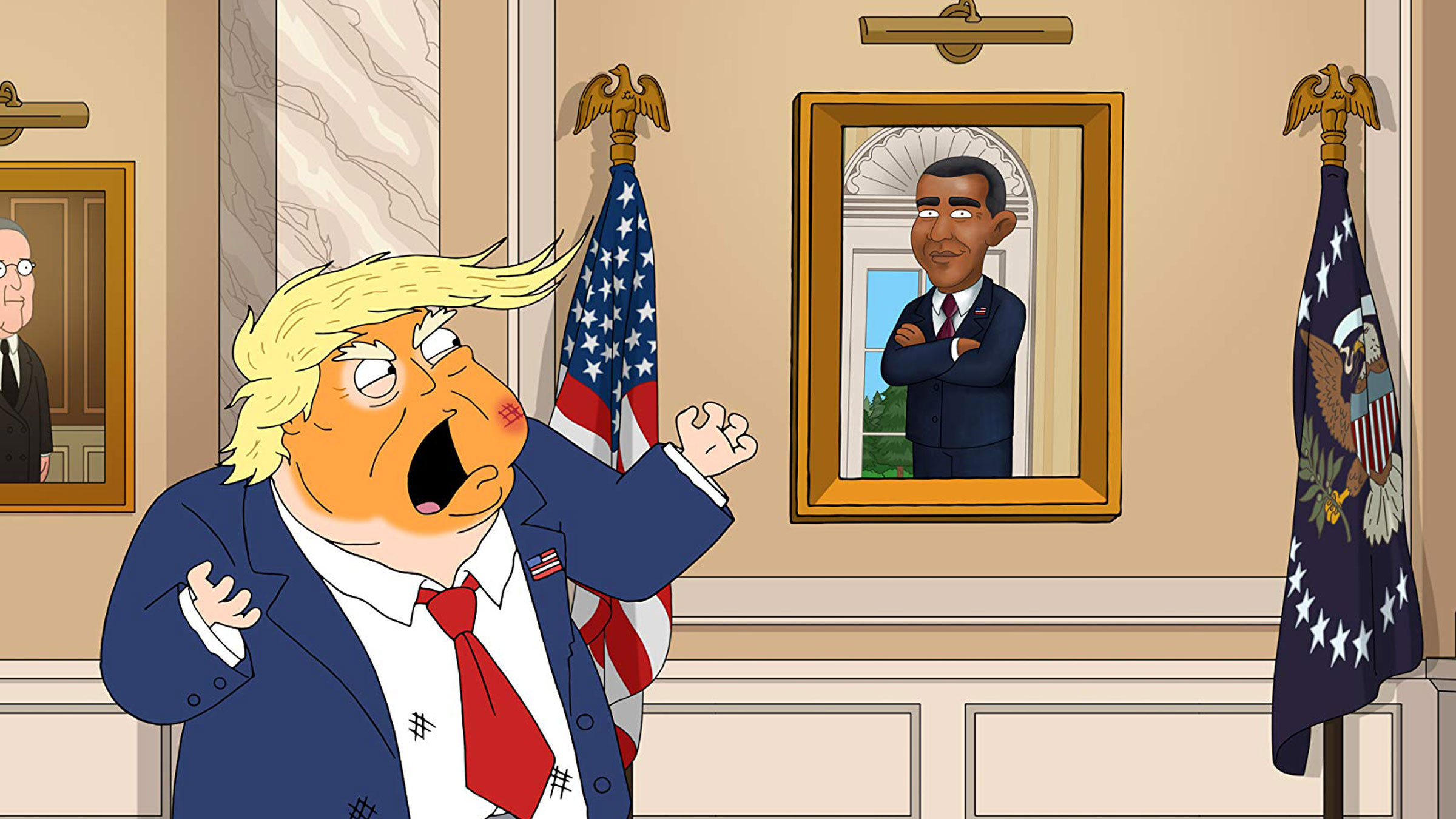 What do you do with a show that’s been cancelled, twice, and is now one of the jewels in your network’s crown? Well, I guess the best thing to do would be “if it ain’t broke, don’t fix it.” Those familiar with Family Guy likely know what I’m talking about. And if you don’t, it’s basically a more foul-mouthed version of The Simpson’s. Odds are you’ll like one or the other or in my case – both. Co-creator Seth MacFarlane provides many of the voices and is surrounded by a wealth of talent like Alex Borstein, Mila Kunis, Patrick Warburton and Seth Green. Various celebrities lend their vocals to episodes and season 16 was no different with guest stars ranging from Sir Ian McKellan to Amanda Seyfried to Ryan Reynolds.

The show’s seasons don’t really impact one another, much like The Simpson’s most episodes stand on their own. This season is no different with a variety of clever and insightful episodes, the highlights (for me) being “Trump Guy.” The Griffins move to Washington, D.C. where Peter is hired on as Donald Trump’s press secretary. Things don’t work out that well. Also of note are “You Can’t Handle the Booth” in which the Griffin’s provide DVD commentary on an episode and reveal the tension between Peter and Lois. Finally, one I watched several times was “Con Heiress” where Quagmire, Brian and Stewie all compete for the inheritance of a wealth heiress with the world’s longest last name. Those who know and like the show will be right at home and it seems that Fox has finally fixed the issue with these releases. They used to be in “Volumes” that would encompass part of one season and move onto the next. With this most recent release, it’s the stand-alone season. It took long enough!

I’m sure there’s a reason, but I can’t seem to find it. Fox issues a lot of their television shows (series) on DVD as opposed to the more standard-offering of Blu-ray. Maybe it’s a cost-cutting thing or maybe they’ve done market research that says more people will buy a DVD rather than a Blu-ray. Whatever the reason, I can say that the over the air broadcasts look superior to the way these look on DVD. They don’t look bad, but when you can watch episodes on network television that look better than a DVD set, things have to change! Add to that, streaming services like Hulu or Netflix (Family Guy used to be on Netflix and as of this writing it’s on Hulu) offer these in picture-perfect 1080p quality.

That being said, the prints have minimal signs of wear, so debris and grain are never problems. This allows for a clean, crisp visual texture, so the show’s bright presence comes off in fine fashion. The Quahog atmosphere looks excellent, so the basic animation style carries well here. This is not always a very colorful show, but when needed, the hues have ample richness. I found black levels to be spot on also, which means there is no imbalance within the darker hues.

Previous offerings from Family Guy have been packed with extras, and what get here isn’t that much, but it’s better than nothing.

You either like Family Guy or you don’t. That’s how Seth MacFarlane and his shows/movies are. This latest season brings us current with the other DVD releases. While the season itself contained some pretty memorable episodes, I found it wasn’t quite up to what the more recent seasons offered. The DVD looks pretty good, though over the air broadcasts or streaming services offer higher-quality audio and video. The extras are nice, but there should be more.