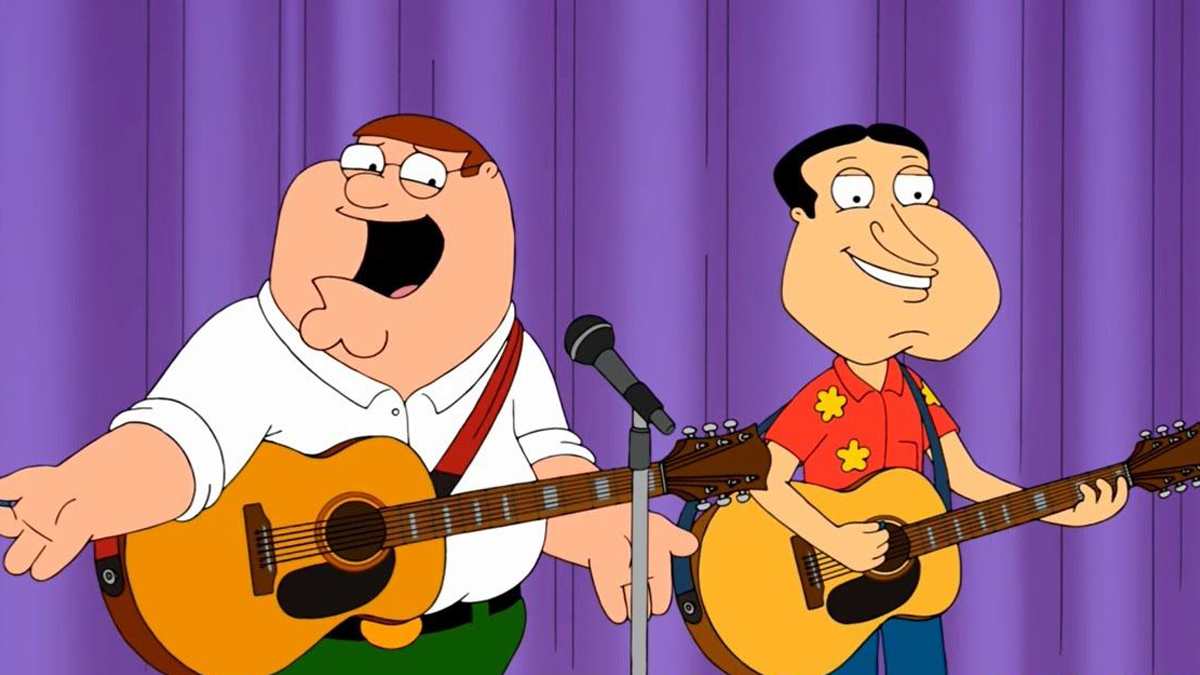 What do you do with a show that’s been cancelled, twice, and is now one of the jewels in your network’s crown? Well, I guess the best thing to do would be “if it ain’t broke, don’t fix it.” Those familiar with Family Guy likely know what I’m talking about. And if you don’t, it’s basically a more foul-mouthed version of The Simpson’s. Odds are you’ll like one or the other or in my case – both. Co-creator Seth MacFarlane provides many of the voices and is surrounded by a wealth of talent like Alex Borstein, Mila Kunis, Patrick Warburton and Seth Green.

While this isn’t a stand-alone season, there are about a season’s worth of full episodes on this three disc set. This is just a compilation of those episodes and, more to the point, the songs contained within. There are those who don’t like the show (and I would wonder why they’d read this review?), but speaking as someone who has no vocal talent whatsoever, some of these songs are pretty impressive. Not every song is covered, but the major ones are and I do have to say that it’s nice to have them all in one place.

I’m sure there’s a reason, but I can’t seem to find it. Fox issues a lot of their television shows (series) on DVD as opposed to the more standard-offering of Blu-ray. Maybe it’s a cost-cutting thing or maybe they’ve done market research that says more people will buy a DVD rather than a Blu-ray. Whatever the reason, I can say that the over the air broadcasts look superior to the way these look on DVD. They don’t look bad, but when you can watch episodes on network television that look better than a DVD set, things have to change!

That being said, the quality of the songs/performances/episodes vary from one to the other. There are some that are from the earlier days of the show when it was still drawn/broadcast in full-frame (1.33:1) and other, newer episodes with the standard 1.78:1 aspect ratio. This allows for a clean, crisp visual texture, so the show’s bright presence comes off in fine fashion. The Quahog atmosphere looks excellent, so the basic animation style carries well here. This is not always a very colorful show, but when needed, the hues have ample richness. Nevertheless, this one is all about the tunes, so don’t let the standard definition throw you.

Admittedly, the only bona fide “supplement” on this disc is “300 Episodes, Two Cancellations and one Mural”, but there really is a lot of content here including 20 episodes. Here’s a breakdown by disc.

It’s puzzling how and why Fox continues to support a format that made its debut in 1997. However no amount of whining by me will change what’s in my hands. Fans of the show will know these songs by heart (and there are lyric videos for a trio of the songs), but for the rest it’s one to easily skip. As I said above, it is nice to have all of the songs/showtunes in one place; not that I’ll have a need to break the collection out when I can watch them on YouTube and in better quality.