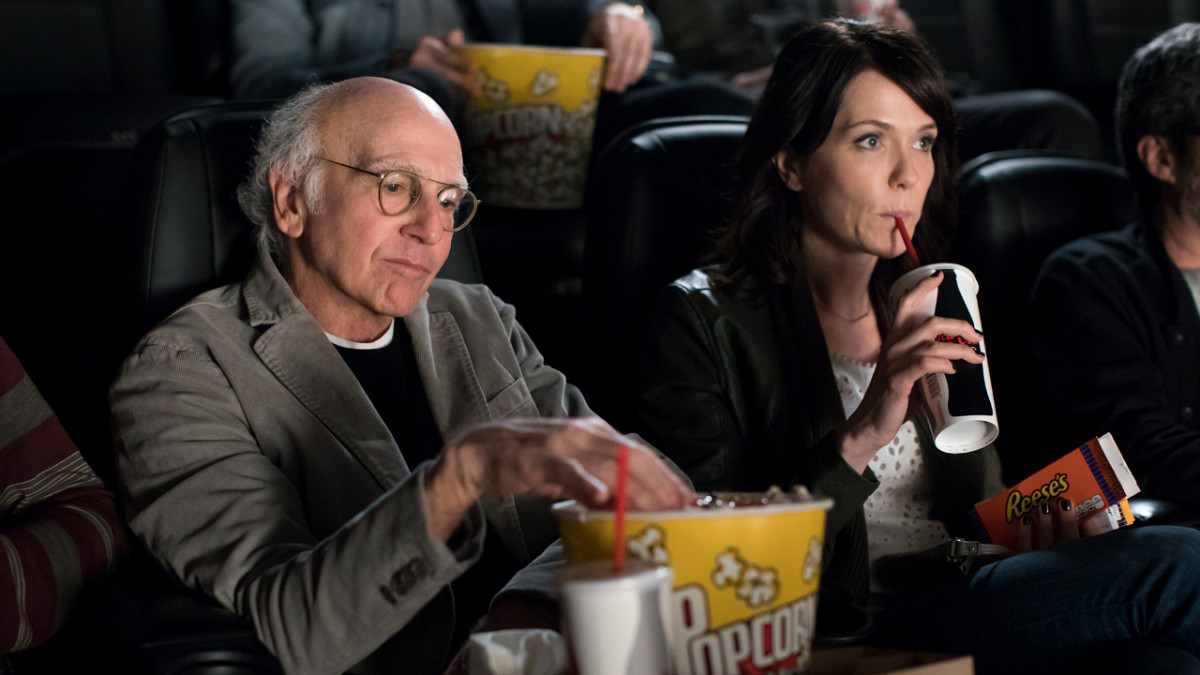 To give something of a recap, the last season of Curb Your Enthusiasm ended in 2011. It wasn’t until this past fall (2017) that we finally got another season. While this 9th season won’t be remembered as the best, it still picks up right where it left off, and they haven’t missed a beat. Just like the previous eight seasons, we get 10 episodes here and there’s an arc that’s finished off by the time the last episode rolls around. I’ll admit that the first couple episodes here are a bit shaky, but once this season finds its groove, it’s right on point. I’ve said it before and I’ll say it again: there’s never been a character on TV that I can relate to more than Larry David. For those unfamiliar, he’s the co-creator of TV’s Seinfeld, and either wrote or co-wrote several episodes. In Curb he plays himself and we get several celebrities also playing themselves, but with something of a twist. You won’t find a laugh track here and all the episodes are adlibbed. Of course, there is a general idea and plot for each episode, but they play fast and loose with the rules. The best way to describe the show is heightened reality. Larry David has his own set of rules for virtually every aspect of life, from the most mundane (though very important to him), to general etiquette and ways we go through society. I always tell people when I recommend the show: You’ll know from the first couple episodes if the show is for you or not. Indeed, he will likely make some people very uncomfortable, and there’s almost always a conflict of some kind in an episode. What sets it apart, however, is (and though it’s exaggerated) that we can almost all relate to the show in some way. While I have never said many of the things that David actually says in the show, I have certainly been in similar situations. Whether walking behind someone who’s going too slow or wanting to honk at a cop car sitting at a green light. The list goes on, but the show rings true much of the time. With each passing season, there comes a certain expectation and I think one issue with season 9 is the 6 year yap between the last season. With such a long space, there’s the chance you might lose your audience and the expectations only grow. It’s taken me a few viewings, but I feel more confident with recommending the season than I initially was when it aired. I just wouldn’t tell a newcomer to the show to start here. Let’s take a look at some of the episodes.

You’ll find plenty of Curb regulars here including, Richard Lewis, Jeff Garlin, Cheryl Hines and plenty others. The gang’s all here. Fans will know that previous seasons had a storyline that was wrapped up by the finale episode. In one season there was a Seinfeld reunion, one had Richard Lewis needing a kidney, and another Larry starred on The Producers. The arc this time involves Larry completing a musical called Fatwa and ends up in serious trouble when an impression of the Ayatollah which results in a Fatwa being issued on him. There are several other plot lines, though, and much of them are very funny. The Fatwa arc isn’t the best or funniest the show has come to offer, but more than enough of this season works. While the first couple episodes don’t hit the ground running, things take off by about the third episode or so.

During much of this review, I forgot I was only watching a DVD and not Blu-Ray as the image quality here is excellent really. We’re treated to 16:9 transfers for each episode. Details are strong on each episode with clarity throughout and sharp colors. Textures on clothing and other aspects come through strongly.

We get Dolby 5.1 tracks for the episodes that work as well as they should. Vocals are what dominate here, and there’s a nice clarity with no issues detected. There’s background noise on some episodes that puts the rears to use, but mostly things are front loaded.

Curb Your Enthusiasm remains my favorite television show. While this season is neither best nor the worst, I’d advise newcomers to start with one of the earlier seasons (why not season 1?). Still, there are more than enough laughs here, and the show has hardly missed a beat. Even lesser Curb is still better than the best episodes of most other shows. This season not only grew on me on repeat viewings, but the episodes are downright hilarious at times. Highly recommended.