Zheros is the story of two heroes who do battle against endless armies of robots, all of whom want to put our heroes out of business. The game drops you into a level, you take down the robots along the way, collect some loot, and head to the finish. Once you’ve reached the level’s end, you’re awarded a score and pushed through to the next level. While the game opens with a fun cutscene that sets up a silly story, not much else is ever done with that narrative. I expected a humorous story to go along with the action, but aside from that opening, that’s not really the case. Your goal on each level is of course to survive and take out all the robots, but also to do so with style. You have a combo meter and the higher your meter is when an enemy is defeated, the bigger your rewards. So instead of a small payout for a simple fight, keep your combo up and reap a wealth of benefits. Once the level ends, you have two thresholds to hit and if you earn enough, you’ll unlock some upgrade points. You can then strengthen your attacks, defense, or ranged weapon, giving yourself a nice boost.

This is a side scrolling brawler, with all the combat you can handle. You choose between two characters who have similar loadouts, one male and one female. Each one packs some punches, kicks, and a ranged attack to fend off enemies. You can also dodge and even deflect, but keep an eye on your energy, as that meter shows how much you can block or use your ranged attack. You can also combo your attacks, so like two light attacks followed by a heavy attack produce a certain bonus attack at the end. As you learn these combos, you can not only eliminate your enemies faster, but earn higher rewards as you build up higher combo meter finishes. The enemies are mostly smaller robots, the fodder of the game and for the most part, you can dispatch these with ease. But when the bosses come, the game gets a little greedy and makes some of the fights seem unfair or luck based. If you’re able to master the levels, you can move between three difficulty tiers as well, to add some challenge or scale back the enemy power. And as you unlock upgrades, you’ll be powerful as well, so your enemies will quake in your presence by the end. The controls here are mostly solid, but hit detection is a little wonky at times, especially during boss fights. Not to a high level, but it is noticeable and comes up from time to time. If you like brawlers and beat em ups, Zheros is good fun and well worth a look.

The game has colorful visuals and humorous designs, especially for the player characters and the robots. I appreciated the attention to detail in level design as well, with a good field of depth that makes you feel like the levels are little more than meets the eye. Just smooth, crisp animation as well, so overall this game has some rock solid graphics.

No issues on the audio end either, as the music sounds fun and the sound effects are silly, but suit the game’s tone. I was never annoyed or bothered by repeated sounds or music tracks, which can be common on some smaller studio games. Nothing to complain here, a great sounding game that hits all the right notes.

A basic, but fun brawler with some nice twists, Zheros is a rock solid game. Add in colorful designs and enjoyable combat, though I do wish more effort was put into the story elements. A little short and some minor control quirks aside, Zheros is well recommended. 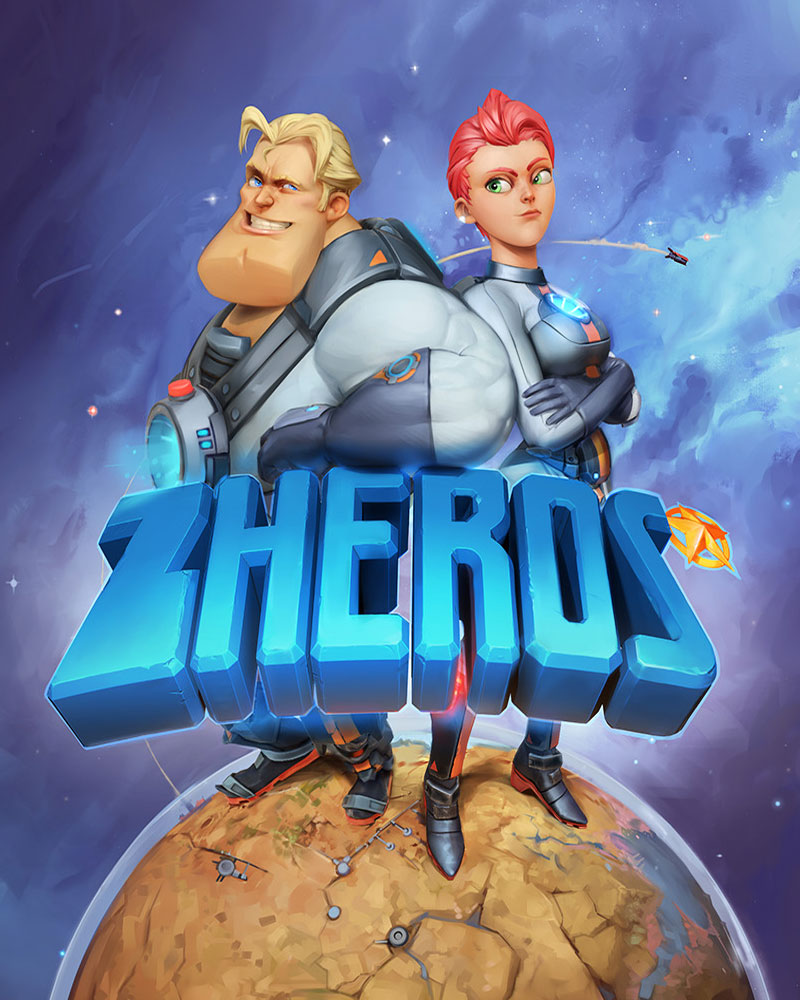