In Toren, a young girl attempts to scale a tower and when she reaches the top, battle a dragon to save the world. While much of the story unfolds in a creative, poetic fashion, the simple take is that man has built a tower to the heavens. This has upset the sun and in order for the moon to return to the skies, a powerful dragon must be defeated. Toren has some of the most creative and artistic narrative elements I’ve seen, the story is literally poetic and beautiful to experience. But I will leave the details for you to discover, as the journey is best left as unspoiled as possible. The gameplay finds you climbing up the tower, mostly solving puzzles and doing platform sections. But honestly, you will be drawn to the visuals even hours into the game, as this is a beautiful creation that really captures your imagination. And the gameplay mechanics are simple enough to keep the visuals a prime focus, as three buttons control most of your actions in Toren. In truth, failure has little impact on your adventure and the game is happy to let you experiment with trial & error with little consequence. So if you like the tough as nails, unforgiving style platform games, you won’t find that level of developer brutality here.

As I said, Toren centers on puzzles and platform elements, but these are both brisk even in their toughest moments. Toren seems to have been designed to be experienced, as the game is forgiving and has a generous difficulty scale, which means the story tends to be the focus, not the mechanics. As such, it does feel like the mechanics could have been refined and especially expanded, to reel players into the actual gameplay more. I don’t mind a story driven game at all, but Toren is so slanted toward that part of the experience, the mechanics suffer. The puzzles are fun, but simple and harken back to similar brain teasers found in other games, while the platform segments are a tough tricky at times, but never that hard. The jumping feels a little loose, but the platforming is so forgiving, it doesn’t factor in as an annoyance. I had fun with Toren as an overall game, but I enjoyed the story and art more than the gameplay, without question. So in the end, more time and effort to bolster the mechanics and core gameplay could have gone a long way here. But even so, Toren manages to wrap you into an artistic experience that holds your attention, even if gameplay never enraptures the player. If you’re a fan of story driven games with great visual design elements, make sure you give Toren a look. This review covers the PS4 version, but I also checked out the PC version at launch. I had more graphical performance issues on PC, despite a powerful PC, so if you have the choice, go with this console version.

Toren looks great and I love the design choices here. I saw some technical issues such as tearing at times, but overall the game boasts rock solid visuals. I got a ICO vibe from the game and looking at other impressions of the game, I’m not alone in that take. Even though this is a lower priced game, the visuals have a lot of polish and some moments really shine and stand out as memorable. I really enjoyed the artistry on showcase here, despite the infrequent technical concerns.

The sound design isn’t as remarkable as the visuals, though it is more than effective. The music and sound effects do weave into the world of the visuals well, which is course a welcome course. I was just never dazzled by the audio, whereas the visuals grabbed my attention right off. But don’t think the sound design here is bad, as the game has all of the needed bases covered and then some. 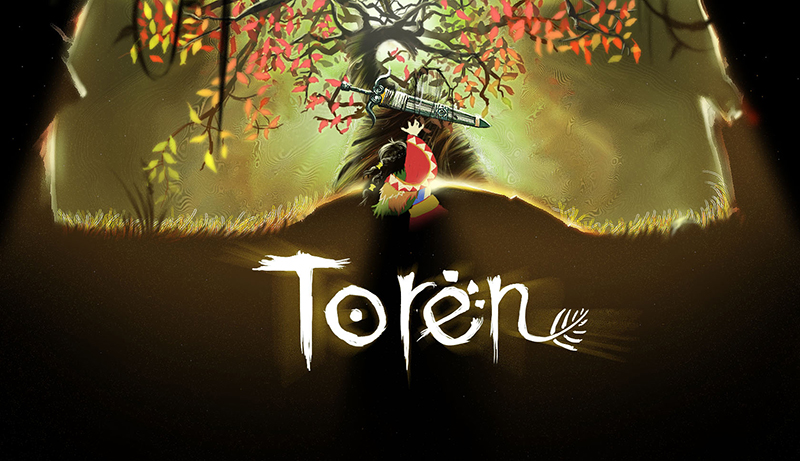