The survival genre has exploded, thanks to the meteoric rise of Minecraft and the games that followed, such as Day Z, Rust, and The Forest. While PC players have a wealth of options available in this genre, console players are rather limited, but now they can venture to an island packed with potential adventure. Ark: Survival Evolved has all you’d expect from a survival game, an emphasis on gathering resources, crafting valuable items, and building your own new world, all while trying to…well, survive. So what makes Ark stand out in such a crowded genre? Ark takes place on a lush island that also happens to overrun with dinosaurs, not just a few kinds either, but a wealth of species to choose from. At first glace, you might assume these creatures are just present to pose a threat to your survival, but that’s not true here. The dinosaurs will at times attack, with all the power and ferocity you’d expect, but some are docile and under the right conditions, they can all be tamed. That’s right, Ark allows you to tame dinosaurs, though the process can sometimes be long and yes even tedious. But isn’t all that effort worth it when you roll past your fellow players with an army of tamed beasts in tow?

You can choose to play solo, cooperate with other players, or battle against other players, so Ark has every play style option covered. The game’s tribal system works well whether you’re in a peaceful world or a murderous island, as you’re able to connect with others and form a real sense of community. So even if you dislike combat, you can surely find a tribe where a gatherer or builder is needed, or vice versa. Whatever your goals in Ark, you are bound to find a place to achieve them and feel like you’re helping the community at large. Another factor that makes Ark stand out is how dedicated the developers are, as numerous survival games quickly reach a point where updates are minimal or cease in total. Not here though, as Studio Wildcard has been regular with updates and is very engaged with the players, quite an encouraging situation. On console, Ark suffers greatly however, as the user interface hasn’t been streamlined or redesigned with a controller in mind. This creates awkward and overly complicated menu navigation, which in turn impacts the entire experience. The user interface is really my only complain here, but it is so poorly handled, it is hard to give Ark a glowing recommendation. The developers have said changes are due in this area, but until then, even simple tasks can be a chore to perform. Overall, Ark: Survival Evolved is a wild ride that fans of the survival genre will find a lot to love in, but sadly the user interface spoils a good deal of that fun.

As you’d imagine, this game looks quite good, but can’t compete with a high end PC running on elite settings. Even so, the island realm looks terrific and has great attention to detail. I found pop in to be minimal and view distance was impressive, so no complaints there. The game doesn’t have hyper realistic visuals, so don’t expect too much, but the game looks great here and you can create some wacky survivors to adventure with.

All the sounds of the island world are alive here, from dinosaurs roaring to the sound of your bowels being voided. Yes, you poop uncontrollably in this game, in case you were curious. I wouldn’t call the sound design immersive, but it does bring all the expected elements together. The audio is usually able to keep you alert about your surroundings, which is important in a survival game, as well as help you feel more like you’re out in the wild. 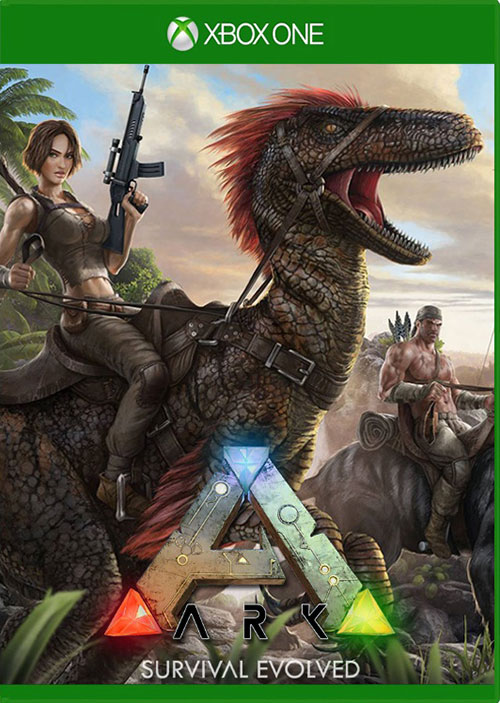