You Should Have Left (Digital) 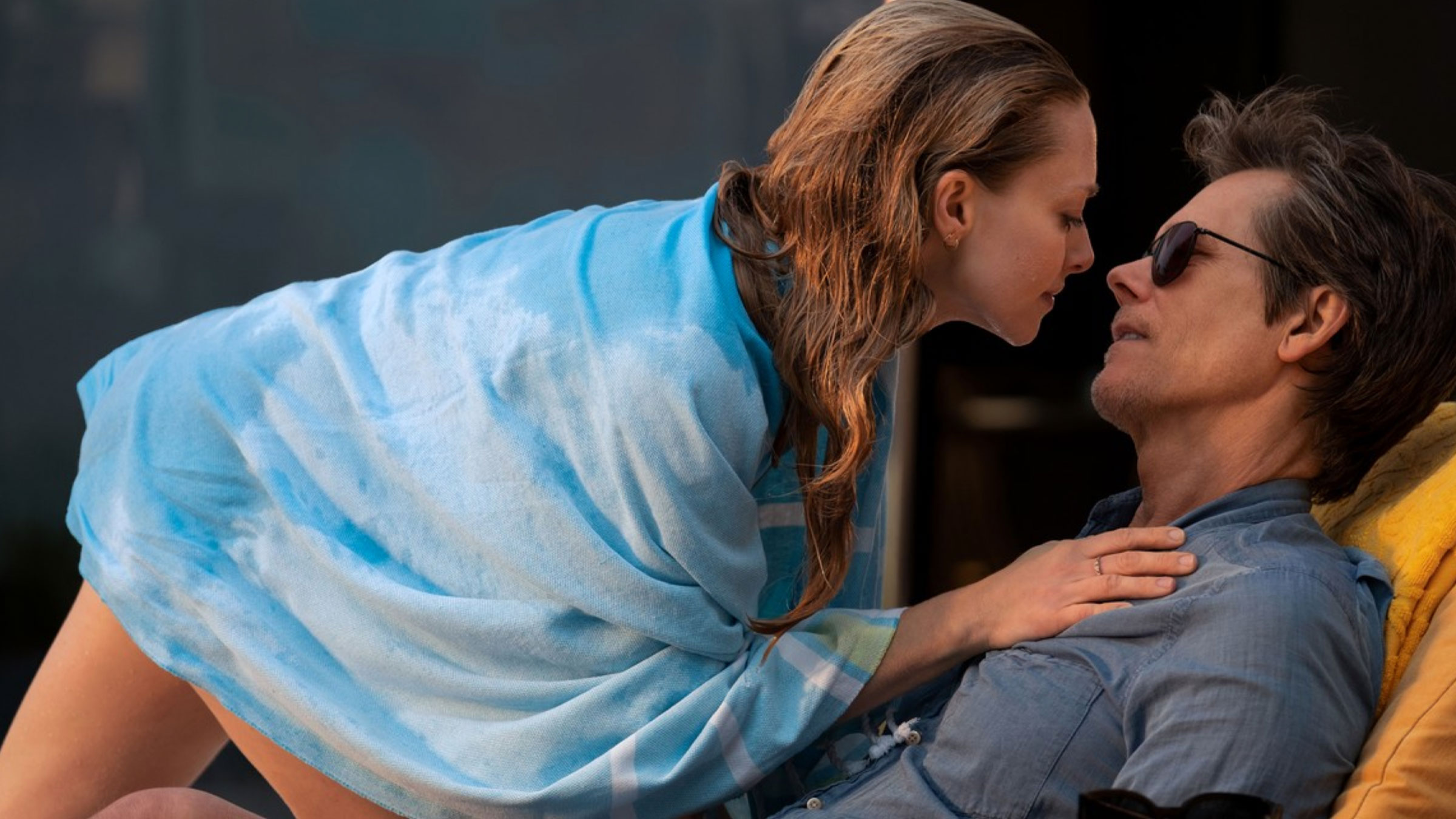 If you’ve ever played the “Six Degrees of Kevin Bacon” game, you’ll understand what I’m about to say. If you haven’t and have no idea what I’m talking about, the gist is that if you name any actor who’s been in any movie – you can pair them with an actor or actress and within six “tries” one will have starred with Kevin Bacon. Yeah, we used to do a lot to pass the time. But I recently watched the original Friday the 13th and had totally forgotten that Bacon was one of the ill-fated stars. Add to that he was also in Animal House and, let me say, this guy’s been around. My point is that Bacon has been in tons of films and really has nothing to prove. He’s now in his 60’s and still looks pretty good. His co-star Amanda Seyfried has carved out a nice little career for herself as well. That’s so fetch! So put these two together with one of the better writers working today with David Koepp and you should have a well-seasoned cast and a generally intriguing film. You should. But what we end up with is something other than what the filmmakers intended. Let’s take a look.

Theo (Kevin Bacon) is a former banker who had an unfortunate event happen. We don’t know what, but it was high-profile enough that he’s noticed and not in a good way. He’s married to his much younger wife, Susanna (Amanda Seyfried). This isn’t your classic Hollywood “older man/younger woman” pairing. The age difference is significant enough that it plays into the plot of the story. Theo has his suspicions about his wife. In an effort to repair their relationship the family, with daughter in tow, head to Wales and rent a house. Theo tries to recuperate via meditation and scribbling in his journal. However the house that they choose gives them the creeps and when things start to happen, it might be too late for them to leave. The thing is…could they if they wanted to?

There’s a lot going on here and for the first 45 minutes or so, I was intrigued. Bacon had previously worked with writer/director David Koepp in 1999’s Stir of Echoes. If you’re looking for a better film from both sides of the camera, watch that instead. What we’ve got here has elements of The Shining, but it’s a far cry from the Kubrick classic. A far cry. At no point was I genuinely scared. At some point I was intrigued, but that faded. And that’s the trouble with this film. The elements are there and I feel that this could have been a better film if they’d approached it differently. Unfortunately that didn’t happen. And there’s a “twist” ending that’s supposed to shock the audience, but if you were paying attention (and, sadly, I was) you’ll spot it a mile away. If you have 93 minutes of your life to spare, then I guess you could give this a go. Otherwise I’d pass.

This is a new film, but with the current “situation” it’s been released digitally and on DVD. Yes, DVD. There’s no Blu-ray to be found and given the film’s lackluster success and lack of critical praise, this might be one that never sees the day that it’ll get a Blu-ray release. But that’s OK. Having said that, I chose to watch the film via the digital code as opposed to the DVD. My thought was that the image quality would be better than that of what I now consider an antiquated format. The 1.85:1 anamorphic image looked pretty good. Most of the film takes place in the interior of a house, with some exterior shots interspersed. Bacon, at the age of 62 (as of this writing) looks pretty good for man his age, but the image captures some of the crow’s feet and wrinkles on his aging face. Seyfried, on the other hand looks a bit better on screen. I found detail to be as expected. Colors are a bit on the muted side, though I don’t fault the transfer. Overall it’s a good-looking picture. Don’t be afraid of a “digital” streaming image. It’s not as bad as you might think.

We’re two decades into the 21st century and I’m watching a new movie with a Dolby Digital 5.1 soundtrack. Hey, 1996 called – they want their audio back! But, truthfully, there’s really nothing to complain about here. Yes, the depth and dimension associated with a DTS HD Master Audio or a Dolby Atmos track might have upped the ante a bit, but this gets the job done. Vocals are sharp and crisp. There are a few moments (jump scares, if you will) that try to heighten the mood. It’s a pretty by the book audio mix and one that certainly won’t test the limits of your system (unless your system hasn’t been upgraded in the last 25 years).

I received an email from Universal advertising a featurette for this movie, but it didn’t appear when I redeemed the code. It’s also not present on the DVD. So I guess we’ll chalk this up as a featureless offering.

Kevin Bacon has made a career in Hollywood for the past four decades. Amanda Seyfried has done the same for the past 15 years. Neither have anything to prove. Writer/Director David Koepp serves up a rare misfire here. While not totally unwatchable, it’s boring, tired and most of all – predictable. There are far better things to stream.