The Conjuring: The Devil Made Me Do It (Digital) 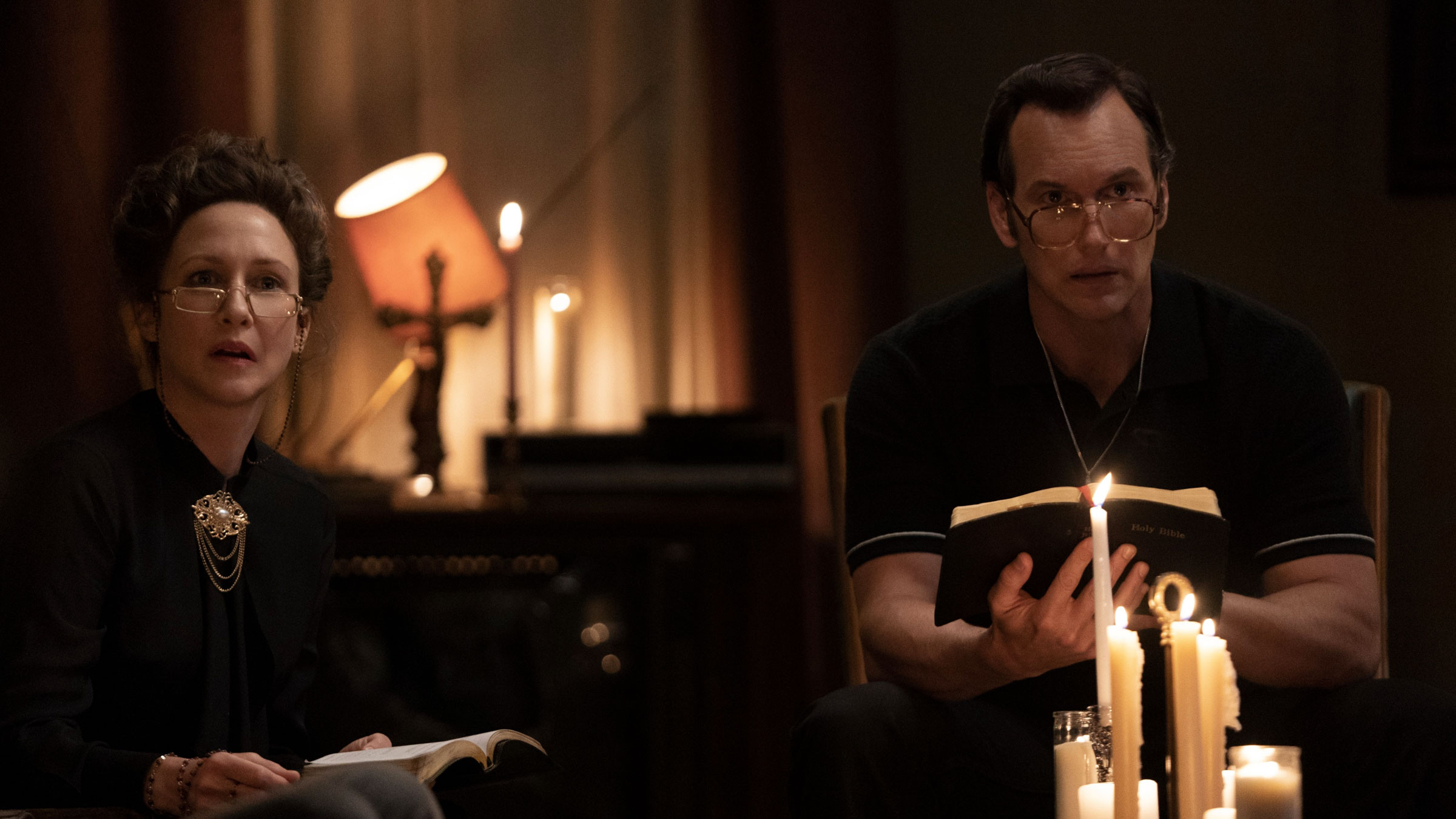 One of the most amazing things to me is the fact that The Conjuring, a 2013 thriller, has an entire universe surrounding it. Don’t get me wrong, it was planned, but when I think of the Marvel Cinematic Universe (and to a much lesser extent, the DC Extended Universe) it’s hard to believe that films like these have nearly a dozen entries. But movies are a business and so long as business is good then who cares, right? Partially inspired (“inspired” as in the film was made because of) by the Covid-19 pandemic, we find this newest/latest installment in the franchise. Part 2 came out in 2016, so it’s been half a decade since we’ve seen the Warrens in action (though they do make a cameo in another film, but I’ll keep any/all spoilers aside). Things are a little different this time, there’s a new director in Michael Chaves who’s no stranger to this line of films, he directed The Curse of La Llorona and James Wan is out. Was he the missing link or does it really matter?

This time around we find Ed (Patrick Wilson) and Lorraine Warren (Vera Farmiga) back in action as they’re looking into a potential case of demonic possession. When they attend the exorcism of an 8 year-old, David (Julien Hilliard) the see the demo transfer into the body of David’s sister’s boyfriend, Arne (Ruairi O’Connor). Arne commits a murder but believes it to be the work of the demon who’s possessing him and claims it was against his will. This leads Arne to court where they argue some legal efforts to claim demonic possession. There’s also the little matter of Arne possibly getting the death penalty. While this could have escalated into a courtroom drama, we do follow Ed and Lorraine as they attempt to determine the demon’s origin.

The movie gets a few things right, notably keeping the courtroom scenes to a bare minimum. People don’t watch these films to see the main characters in court arguing if demonic possession is real or not. The action is in the Warren’s investigating the cause of the problem. And, as in previous installments, this was based on a true story. For me, though, if you’re talking about demonic possession then it begins and ends with The Exorcist. Yes, William Friedkin’s 1973 classic is the de-facto film for this sort of thing. But the filmmakers acknowledge this. If you look/listen carefully, there are several nods to the classic film so I give credit there. If you’re going to “borrow” from one of the most acclaimed films of all-time, at least let people know you’re doing it. The Conjuring: The Devil Made Me Do It (a much better title than The Conjuring 3) is entertaining and while not as good as its predecessors, it serves its purpose.

I’ve always liked the way these films have looked. Maybe I’ve got a thing for 70’s fashion style or…I don’t know. At any rate, these films are dark. Both physically and the nature of the plot. That’s fine. Dark films have a very looming presence around them and I’ve found that these pull it off very nicely. The Conjuring: The Devil Made Me Do It was viewed on HBO Max in 4K (I didn’t classify this as a 4K title, per se) and I was duly impressed at how spot-on amazing this looked. I wasn’t able to find a single artifact, strong black levels were present, consistent flesh tones and even minute details were impressive. I’m sure when this comes to disc it’ll look just as good, but if viewing this via streaming – you won’t be disappointed.

I noted in my coverage of Judas and the Black Messiah that just because a film has a Dolby Atmos mix on HBO Max doesn’t necessarily mean that will translate over to the disc. That said, I did get the full on Dolby Atmos experience while watching this and all I can say is that if I ever did witness a demonic possession, I can imagine it sounding pretty much like this. We get a very atmospheric, encompassing mix that’s sure to please even the most finicky audiophile. Vocals are strong and clear, the front stage has the lion’s share of the work, but handles it with relative ease. No complaints here, from me, in the audio department. Let’s just hope that Atmos mix shows up on the Blu-ray/4K disc.

There’s no denying that The Conjuring Universe has a slew of fans. And, truthfully, this is the series of films that started it all. I don’t know how much life is left (pardon the pun) in the franchise, but I do like both Patrick Wilson and Vera Farmiga. This one, to me, is the weakest of the three and the only one not directed by James Wan – some may like that and others simply might not care. But if it’s more of those demon-chasing Warrens you’re after then you’re at the right place.