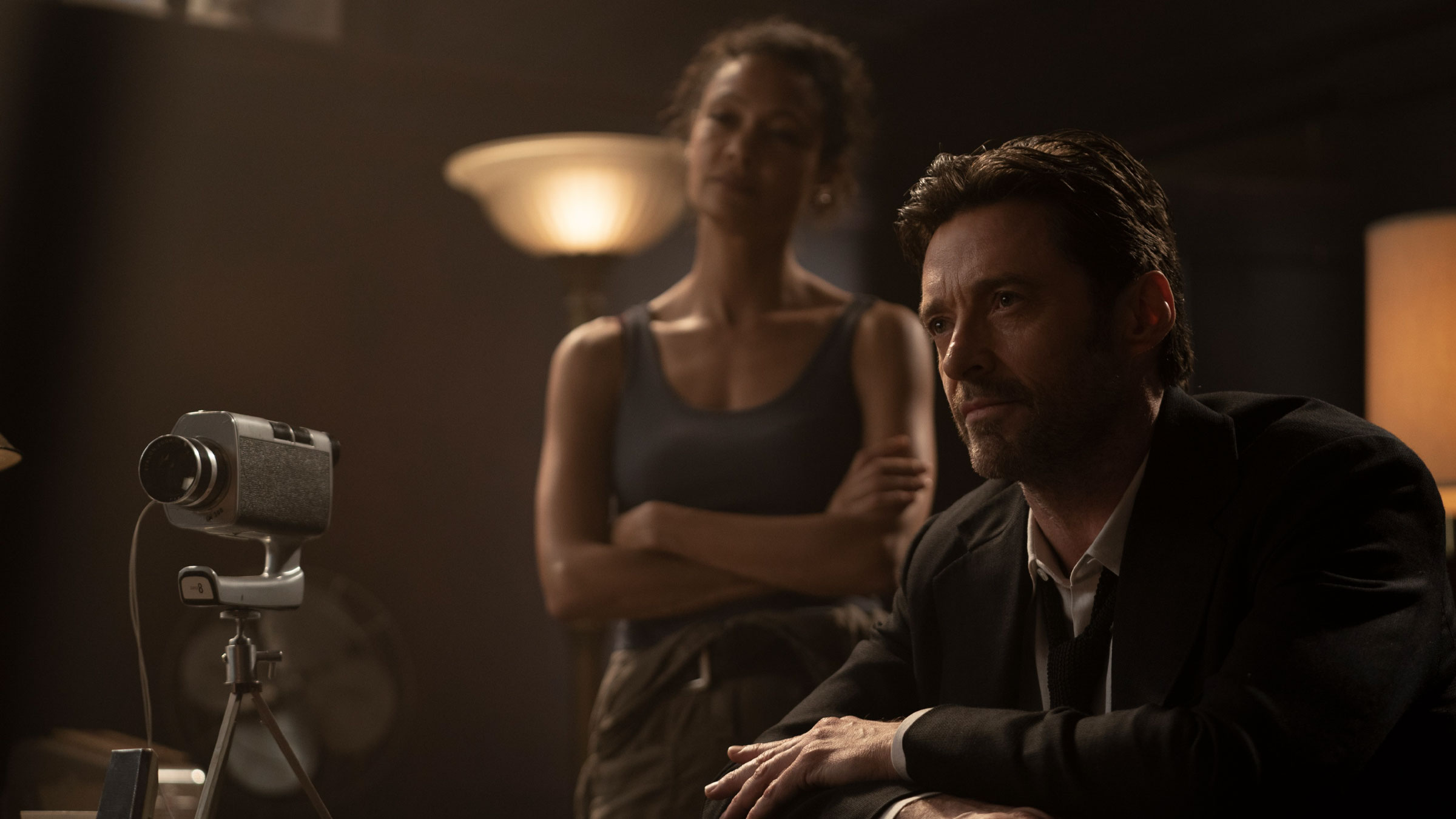 I’m guessing that Hugh Jackman is at the point in his career where he can pick and choose his roles. Jackman has, of course, made a name for himself by playing Wolverine in several of the X-Men movies as well as a trio of “origin” stories. Oh and he’s made films like The Prestige, Prisoners and Real Steel along the way (nice Jackman mullet in the latter, if I do say so). Oh, and he managed to host the Academy Awards with generally favorable results. It takes a special blend of talent to do that. That aside, I’d have to imagine that when he does greenlight a project, it’s something he believes in. Lisa Joy, best-known for HBO’s Westworld, seemed to have the specs to pull this film off and with Jackman in the lead, things looked good. Then again, as we see in the film, appearances can be deceiving.

Set in the not too distant future in Miami, where the city has become flooded (it’s never really explained why). Jackman plays Nick Bannister along with his partner, Watts (Thandiwe Newton, this is evidently the first time she’s used the official Zimbabwean spelling of her name). The duo run a business where they make it possible to relive a past memory and it’s projected on a stage of sorts. Things change when Mae (Rebecca Ferguson) arrives – someone who Nick is instantly smitten with. The two began an intense romance until she vanishes. Nick is determined to find her and find out what happened, using his own equipment and mind to try to piece together the pieces of the puzzle. Along the way he discovers that she had many secrets and it puts him into danger with some local gangsters as well as that of his own mind.

There are some pretty interesting tidbits about the film and I found it along the same lines as a Philip K. Dick film, but it wasn’t. And maybe that’s what was lacking. Jackman, as always, gives a great performance and obviously threw himself into his role. Newton is, likewise, a great supporting player. The other lead is Rebecca Ferguson, an actress who shared the screen with Jackman in 2017’s The Greatest Showman. The two don’t have a lot of screen time here, despite she being the object of his desires. Ultimately, the film finds itself a bit lost in its attempt to be a little too clever. Christopher Nolan can pull this off, Lisa Joy (Nolan’s real-life sister-in-law) seems to fall short. The film has a few endings and seems to lose momentum right at the point where it’d have been beneficial to keep the audience in the loop. It’s not a total waste of time, but nothing I see myself viewing again.

Having just procured a new 4K TV, I was itching at the chance to watch a movie like this on it. And I wasn’t disappointed. HBO Max does an excellent job of streaming the 4K image and I was hard-pressed to find something, anything wrong with it. Lisa Joy certainly as a very visual eye that makes this movie exceptionally stylistic. Fine details all shine with pinpoint accuracy, colors (though they tend to steer towards the darker side of the spectrum) are awash in hues and everything in between. The beauty marks on Rebecca Ferguson’s face and the crow’s feet (yes, he’s actually starting to age) around Jackman’s eyes show through in pure 4K bliss. It’s a stunning-looking film that’s simply beautiful in every regard.

I’ve seen several films on HBO Max that are presented with an Atmos mix and then when they hit Blu-ray, it’s been replaced by a DTS HD Master Audio track. As of this writing, I can’t tell how this will end up, but I’d wager that this would make a great 4K/Dolby Atmos candidate. That said, vocals are strong and crisp, surrounds are used with great effectiveness – in particular during an underwater scene. All the caveats are there and I’m still perpetually amazed at how immersive some movie soundtracks can be. Top notch.

In my experience with HBO Max, the supplements that appear usually don’t make the cut to the disc and pale in comparison in terms of length and quality.

Reminiscence wanted to be a Christopher Nolan movie. But then again, so do many others. And, the fact of the matter is that it’s just not. It’s stylistic, for sure, and there’s substance there, but the film was just too all over the place. I’m all for being challenged when it comes to plots, but when the plot itself gets lost – it’s hard to piece it all together.