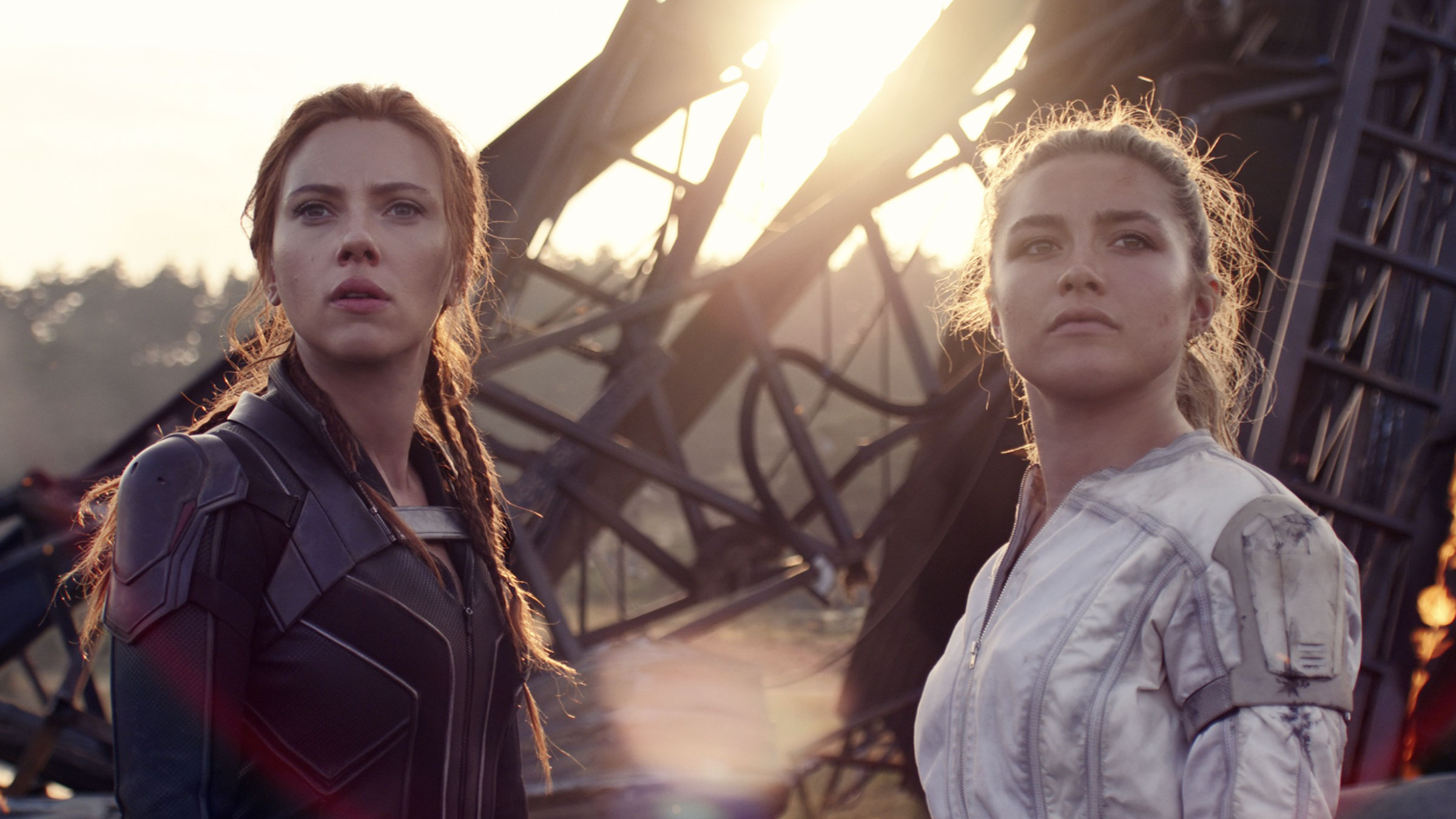 I love the MCU. I may complain about “comic book films” in other reviews, but honestly I could sit down and watch all of them back to back. Well, I’m sure I’d need some rest but you get the idea. I have to admit that not all Avengers are created equal. I’ve found Hawkeye (Jeremy Renner) and Black Widow (Scarlett Johansson) to be about the two most worthless members of that team. Family Guy, as they often do, even poked fun at Black Widow (the character, not the film). Check it out. I mean, she has no powers at all. All she does is shoot guns and wears tight-fitting outfits. Right? Well, Black Widow sheds a bit more light on her character and provides a lot more action that I was expecting as well.

I’ll go on the assumption that anyone reading this review has already seen Avengers: Endgame. If not, I’d suggest you watch it. Black Widow takes place right after the events of Captain America: Civil War, though we begin with a rather interesting prologue in which Natasha (Scarlett Johansson) and her sister, Yelena (Florence Pugh) are forcibly removed from their house by their “parents”, Alexei (David Harbour) and Melina (Rachel Weisz). And they’re on the run to escape S.H.I.E.L.D. Natasha is then placed in the care of Dreykov (Ray Winstone) who trains her to become, well…you know. Flash forward a couple of decades and Natasha is on a break from the Avengers. She receives a message from Yelena asking for help as she’s learned that Dreykov has been planting a mind control device in those he trained. We learn of what’s happened to her family as she faces some hard truths – mainly that her family was manufactured. What’s an Avenger to do?

I’m guilty of judging a book by its cover all too often. And I’m glad that I didn’t decide to wait for Black Widow to come to disc. That’s one thing about these origin stories that I really enjoy, it does provide us with some depth, history and context that we need to truly appreciate the character. Add to that, we get a couple of new additions to the MCU. I wonder, by the time this has all been said and done, will there be any actor in Hollywood that would not have been part of these films? Time will tell. For those that like the character of Black Widow, she’s here in spades. But one of the great things about this film is that even if you removed all of the Marvel elements from it, you’d still have a decent family-oriented drama on your hands. That’s the sign of a really good film; which this is.

I watched this on Disney Plus and as I’ve found with other streaming services, the overall image quality is fairly close to a disc-based format. The 2.39:1 HD image certainly looks splendid and while not as visually aggressive as other Marvel movies like Doctor Strange or Thor: Ragnarok, this manages to satisfy. The standard caveats apply with painstakingly sharp detail prevalent, a nice contrast ratio as well as rock solid black levels. Natasha has set aside her trademark black unitard (or whatever it is) from the Avengers films and instead dons a new outfit that looks stunning. As usual, no complaints here. It delivers an outstanding picture.

I’ve now seen more than one film that sports a Dolby Atmos soundtrack via a streaming service and this is the latest. And, what can I say – it rocks. Almost literally. The film showcases what a good Atmos track can sound like with a dizzying 360 degree soundstage that kept my head spinning for the better part of two hours. Dialogue/vocals are rich and crisp, LFE get plenty of chances to shine (things blow up) as as we might imagine there are plenty of fights as well as chase scenes, etc.

I’ve seen ever Marvel movie and most Marvel TV series (I never could get into Agents of S.H.I.E.L.D.) and, admittedly, I wasn’t really looking forward to this one. But absence makes the heart grow fonder and after a year of delays (we know why), I have to say that I actually enjoyed this one. It fits nicely inside Marvel’s master plan and sets the stage for more to come.