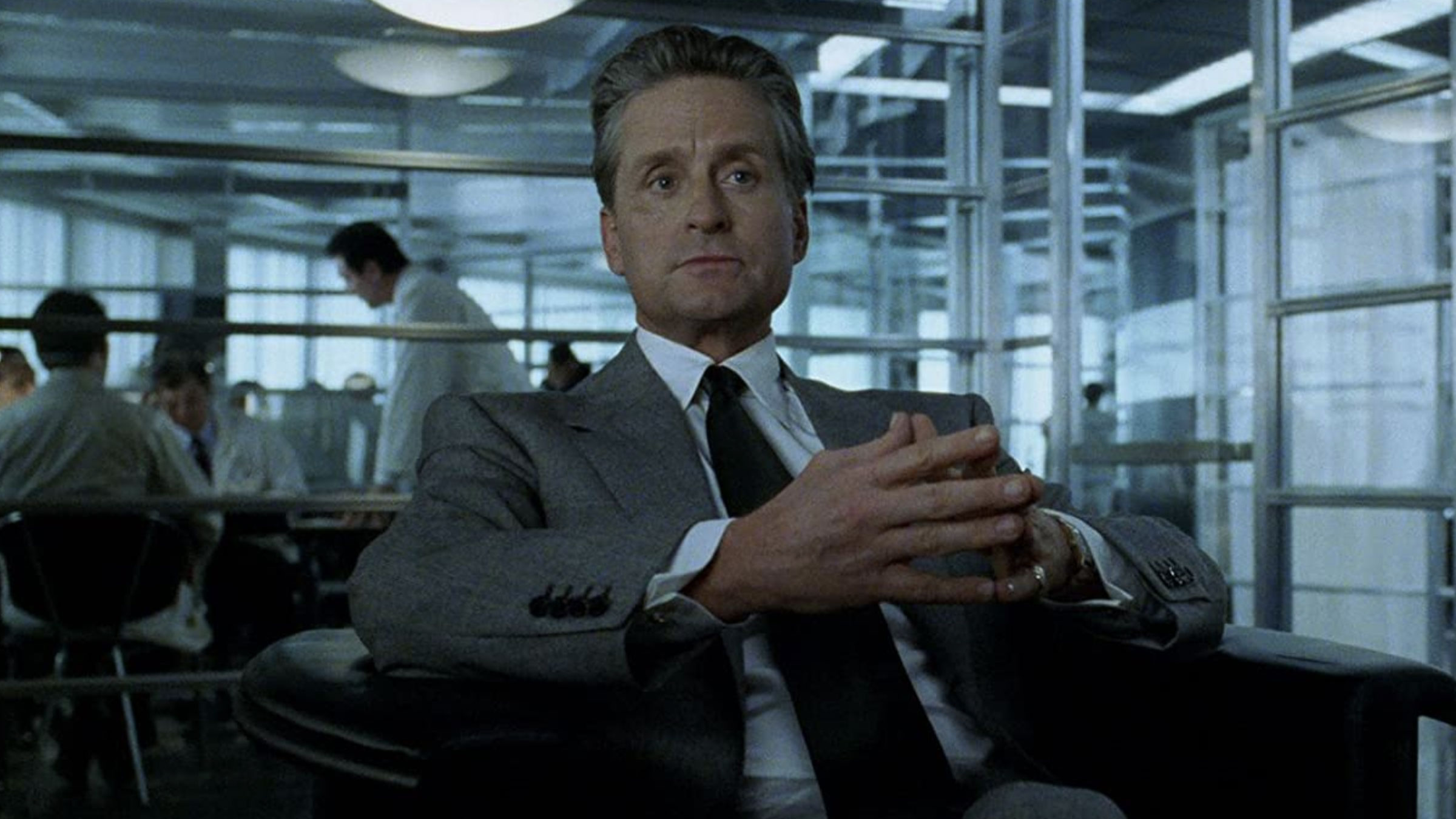 “What do you get for the man that has everything?”

Has it really been nearly fifteen years since The Game came out? My how time flies. I can remember seeing it in theaters while still in college and literally saying “Oh my God” at the ending. Naturally I won’t divulge that for those of you that might not have seen this gem from the late 90’s. Suffice it to say that this ranks right up there with some of my favorite films from the last decade. The movie was directed by David Fincher who had made a name for himself just a few years earlier directing a little movie called Se7en starring Brad Pitt and Morgan Freeman. Fincher would once again turn to the dark side for this film as well as his future ones (Fight Club, Panic Room and Zodiac). Fincher is also among one of my favorite directors, right up there with Clint Eastwood, Wes Anderson and Martin Scorsese. He brings a very unique style to the films he directs and for the exception of Alien 3, I think it’s safe to say that he’s batting nearly 1000 when it comes to the critics

Nicholas van Orton (Michael Douglas) is a very wealthy, successful banker. He lives in San Francisco in one of those mansions you really only see in movies and lives there by himself. It’s his 48th birthday, the same birthday in which his father committed suicide. Naturally, this isn’t the most uplifting day of his life. Things change a bit when his free-spirited brother, Conrad (Sean Penn), comes to wish him a Happy Birthday. He’s given a card and told to call the number on it. This is his birthday present. Succumbing to curiosity, Nicholas decides to call the number only to be subjected to a series of grueling tests. Frustrated, he leaves not knowing that his game has begun. Nicholas embarks on a series of trials by clues left for him. He finds his bank account void of money; his home vandalized and even has to ask his ex-wife for help. Nicholas is at the breaking point when he winds up in Mexico. Is Nicholas going crazy or is “The Game” getting the best of him?

The Game is a movie that I vividly remember. I don’t really know why, but as with all of David Fincher’s movies, I was very involved with the characters. The oft-seen Deborah Kara Unger (Payback) is great in her supporting role and the always reliable Sean Penn does a great job with his role as Conrad. Douglas is once again great in his role as the aloof, yet dejected millionaire (think Wall Street) and it’s a role that fits Douglas to a tee. There was only one previous DVD of this release, a bare bones, non-anamorphic transfer disc that never got the treatment it truly deserved. Fans of Fincher have most likely already seen this, but for the “newer” generation that might only know him for The Social Network or The Curious Case of Benjamin Button, this is a must see.

I really don’t know how, but some extenuating set of circumstances have made it possible so that this film is just now on Blu-ray.  The film somewhat got shafted with its standard DVD release as well, having only a grainy, pixilated issue by Polygram in 1998.  Ironically enough, Universal released it on HD-DVD and it’s one of the few that remained in my collection of those discs (until now, of course).  Criterion has obviously seen the error of their ways and has finally given us The Game on Blu-ray.  Those that are familiar with the work of David Fincher know that he veers toward the dark side in both style and substance.  As such the 2.35:1 AVC HD image sparkles, despite the constant corporate blue hues mixed with the shadows of black and grey.  Detail has been improved so much, it’s like watching a new movie in some scenes.  We can see the coarse salt and pepper of Michael Douglas’ hair, the cuts on his face, the detail in the buildings and so much more.  Contrast and black levels work in concert with one another to produce the best-looking version of the film I’ve seen to date.  All clichés aside, this one was worth the wait.

Not to be outdone, the brand new DTS HD Master Audio sound mix has several moments that really pump some life into the film.  This mix has been optimized for home theater viewing and was supervised by sound designer Ren Klyce.  Dialog pops and we hear every ounce of frustration in Douglas’ grizzled voice.  Surrounds aren’t that active, save for a few scenes here and there.  The LFE have a few scenes in which to shine as well.  This is leaps and bounds above the previous Dolby Digital Plus 5.1 mix found on the HD-DVD.  The film wasn’t too heavy on audio from the get go, but it’s never sounded better than it does here.

Ok, now we’re talking!  Anyone remember that Criterion LaserDisc from 1998?  I still have it in my collection, somewhere, but it’s a moot point.  The previous DVD and HD-DVD releases really offered nothing, in every sense of the word, in regard to supplements.  Thankfully that’s been taken care of here.  We start off with an audio commentary by Director David Fincher, Michael Douglas, screenwriters John Brancato and Michael Ferris along with production designer Jeff Beecroft, director of photography Harris Savides and the effects supervisor Kevin Haug.  That’s a full house, folks.  Now this is the same commentary track recorded in 1997 for the Criterion laserdisc, but that’s ok – it’s here on the disc now.  We also get a few other goodies thrown in the mix like an alternate ending (which isn’t really that alternate) and some film-to-storyboard comparisons I four scenes: Dog Chase, The Taxi, Christine’s House and The Fall.  The more in-depth supplements are in the “Behind the Scenes” section with the aforementioned scenes along with the location footage.  Those who’ve seen the film will no doubt remember that eerier psych test film with the disturbing images.  Yeah, it’s shown here in its entirety. Lastly we get the original trailer, the teaser trailer and even a teaser render test (with the CGI of the puppet) with optional commentary by Fincher.  Of note, this film was one of the first to have a working web site (http://www.the-game.com) don’t bother going there as it’s now defunct.  But I can recall going there after seeing the movie and trying to figure out if it was a real site or just another trick by the film.  Topping it all off is a booklet with an essay by film critic David Sterritt.