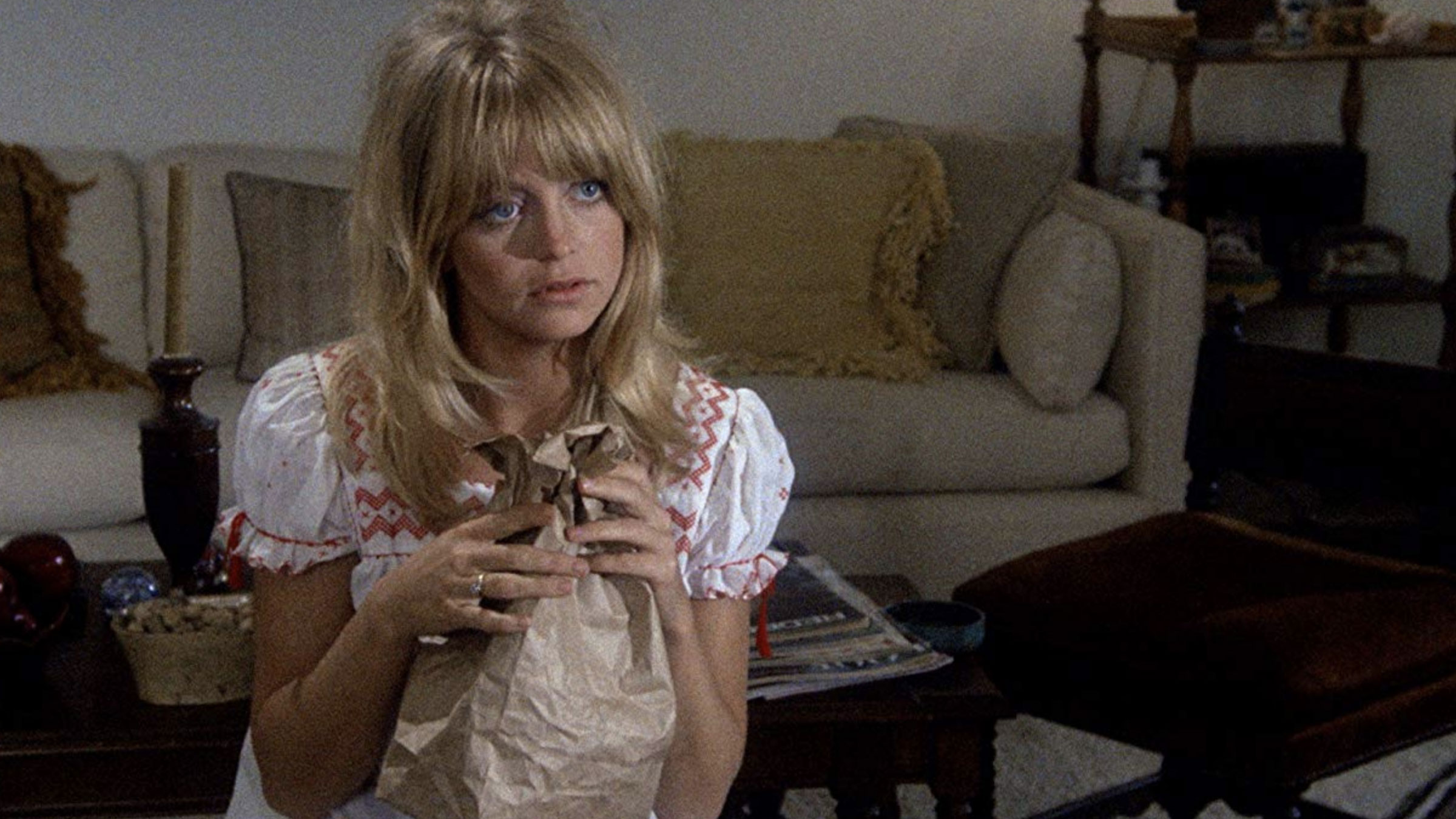 George Roundy (Warren Beatty) isn’t your average hair stylist, instead he lives a most remarkable existence. He is not only one of the most desired men in his area, but he is wanted by his clients for multiple reasons. While he slaves in someone’s parlor, he does incredible work and dreams of breaking out on his own. If it were up to his clients, he would practice out of their homes, so they could have him on call at all times. This is because while he does miracles with their hair, he works even more magic on other areas of their bodies. Yes, George is a carefree man who indulges his sexual desires with the various women he works on, but they almost demand it of him and he rarely passes up the chance. He gives his clients new hairstyles, but also renewed outlooks on life and of course, repeat business is immense. His girlfriend Jill (Goldie Hawk) always tells him to go out and start his own parlor, but without the needed funds, that would be impossible. But he finally decides to take some action and calls upon conservative businessman Lester (Jack Warden), whom he hopes could supply the starting costs. This seems like a good idea, but it just so happens that George is sleeping with not only Lester’s wife, but also his mistress and even his teenage daughter. Will he ever learn how to be more cautious with his lifestyle, or will his past mistakes seal the fate of his once bright future?

When the AFI released its list of the 100 funniest movies of all time, Shampoo emerged as one of the institute’s selections. While I find it to be a very humorous movie and have watched it many times, I simply don’t feel it belongs on such a list of classic comedies. Yes, it has some great material and enjoyable performances, but it hasn’t stood out as timeless and while it is a true document of its time, it hasn’t proven to be able to withstand the tolls of time. What was once rather controversial material now comes off as almost naive, delivering more in terms of light comedy, instead of the laugh out loud comedy it wants to be. So no, I don’t think Shampoo is a comic classic and it shouldn’t be included with such films as Some Like It Hot, but it is by no means a bad movie. No, it is a light and enjoyable picture that offers some terrific performances, especially that of Warren Beatty. He is simply excellent in Shampoo and is surrounded by such talent as Goldie Hawn, Lee Grant, Julie Christie, and Jack Ward. In addition, the direction by Hal Ashby (Harold and Maude, Being There) is his usual top notch work, making sure all the elements come together well.

At the time Shampoo was made, there was no one else in the movie business who could have played the role taken on by Warren Beatty. He had a reputation for being a ladies man and never staying in the same bed for very long, but would an actor be willing to satirize his own reputation on screen? In this case, not only does Beatty send up his public image, but he does so with gusto and explores some real issues. Not to say he is playing himself here of course, but you can tell Beatty put a lot of his own traits into his performance. This gives the character a realistic, likable texture and that is crucial in this movie. This is because without the charisma and charm of Beatty, it would be too hard to believe his character could do the things he does, and winds up where he does. Other films with Beatty include Heaven Can Wait, The Parallax View, Splendor in the Grass, Dick Tracy, and Reds. The cast also includes Julie Christie (Dragonheart, Don’t Look Now), Goldie Hawn (The Banger Sisters, Wildcats), Lee Grant (The Swarm, Voyage of the Damned), and Jack Warden (12 Angry Men, Used Cars).

Criterion has given this film a new 4K remaster and it does show, but those expecting a miracle are going to be a bit disappointed. The 1.85:1 AVC HD encode does show some new life with rich, robust color, but it’s the perponderance of grain that really irked me. Yes, I realize it was shot on film and it’s now over four decades old, but it seemed that it had a way to go for it to be jaw-dropping. The print is in passable condition, but there is an obvious softness and subdued overall visual presence. This happens a lot in 70s cinema, so I can overlook the muted colors and such, but the lack of detail isn’t as easy to forgive. I want to stress that this does look good, even with the defects, but I just think it should look better.

The audio here is solid, but keep in mind, this movie is fueled by dialogue and little else, so don’t expect the world. We’ve got two options here with a PCM Mono track as well as a DTS HD Master Audio soundtrack that really does pump up the bass. The music, credited to Paul Simon and his band, are fueled by some hits with The Beach Boys, The Beatles and The Monkees among others. The driving power here is dialogue and it comes through very well, so no complaints there.

Admittedly, by Criterion standards, this disc is extremely light on supplements. But considering the previously-released DVD had none, anything is an improvement.

Shampoo, at the time, was one of the highest-grossing films for Columbia Pictures (now Sony). It features a great soundtrack, an all-star cast including Warren Beatty, Julie Christie, Goldie Hawn and Carrie Fisher. Stylistically it’s a bit dated, but I was surprised how well this held up. A testament to some great writing by Beatty and co-writer Robert Towne (Chinatown). Criterion’s Blu-ray looks and sounds better than it ever has, though it’s far from perfect. The supplements included are nice, but again lacking by the bar they’ve set so high.