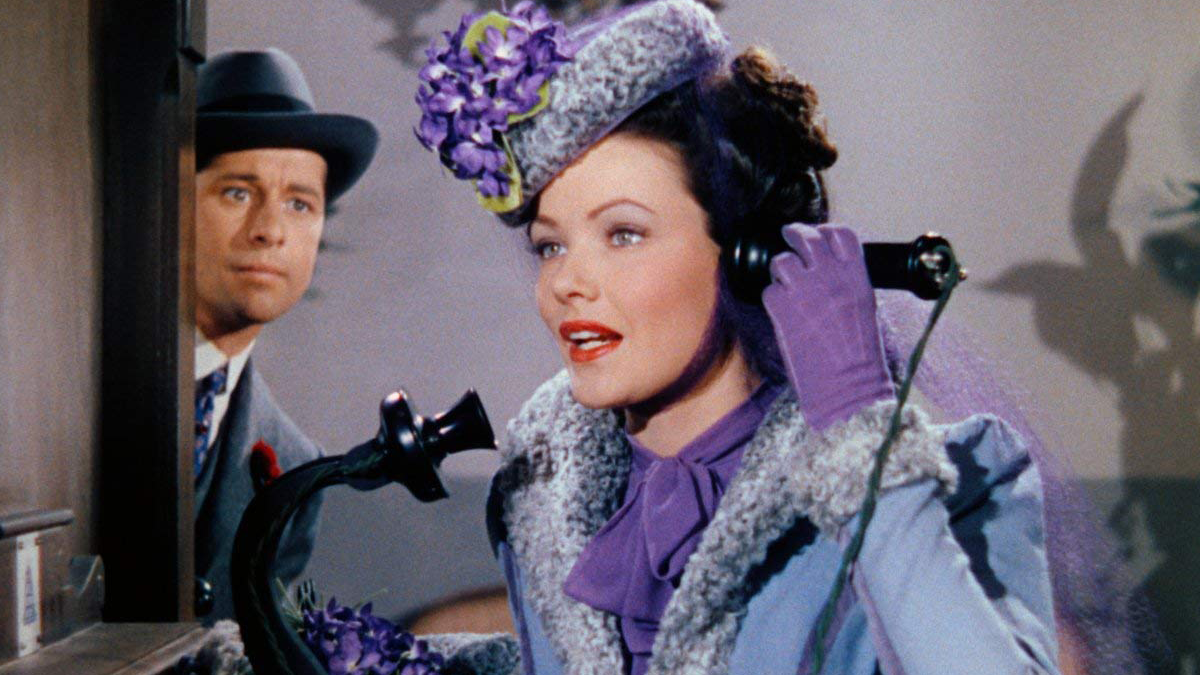 Ernst Lubitsch is widely considered one of the greatest directors of pre-code and post-code films of the Thirties and Forties. I was first introduced to Lubitsch when I watched the film To Be or Not To Be.I loved it. Since then I have watched three more Lubitsch films and they all share a similar trait: they are nearly perfect. It’s a shame that only three films by Lubitsch have made their way onto Criterion Blu-rays, but beggars can’t be choosers. It was great news to see that Criterion would be releasing Heaven Can Waiton Blu-ray. It is worth noting that the Warren Beatty film that shares the same name is actually based on a different film in the Criterion Collection – Here Comes Mr. Jordan.

The film begins with this text:

“As Henry Van Cleve’s soul passed over the Great Divide, he realized that it was extremely unlikely that his next stop could be Heaven. And so, philosophically, he presented himself where innumerable people had so often told him to go.”

When Henry Van Cleve (Don Ameche) presents himself to your excellency down below, he tries to convince him to send him straight on to hell. Satan asks if he had committed any large crime, but Henry proclaims that his whole life has been one long  misdemeanor. Seeing that he needs to look into the case further, he decides to hear Henry out. Henry describes his life (which is shown in flashback) from a young age to his death at a ripe old age. As a boy his French nanny lets Henry know that he can kiss girls without marrying them and this sets the stage for the rest of his life. As an adult, Henry meets Martha Strabel (Gene Tierney) and falls in love with her despite her engagement to another. The rest of the film follows their relationship as they grow older.

Heaven Can Waita great film. I was constantly surprised by the clever writing. Lubitsch worked very closely with playwright Samson Raphaelson to create the script for the film and their work has aged very well. There is not a line said in the film that is not cleverly constructed. The dialogue soars from the page to the screen. As somebody who likes to write, I felt constantly put to shame by the eloquence and humor that was injected into every scene. The supplemental materials included on the disk which interview Samson are well worth your time if you find yourself spellbound by his work like I did.

Lubitsch was known for his “Lubitsch touch” and this film shows Lubitsch in pristine form. He gets excellent performances from everybody in the film. Don Ameche is excellent in the role of Henry. He plays the role with subtle charm and delivers every line with the perfect amount of inflection. This should be considered one of the great comic performances. If you loved Ameche in Trading Places, this performance is even better. Gene Tierney is also great in the film. Both Ameche and Tierney navigate a role that lasts from their twenties to their death beds with believability. That is no easy task but the actors have no problem pulling it off.

I honestly can’t recommend this film highly enough. If you have never seen a Lubitsch film, this is a great place to start.

This new digital restoration was undertaken by Twentieth Century Fox and the Academy Film Archive in collaboration with The Film Foundation. The new 4K digital transfer was created on a Northlight film scanner at Modern VideoFilm in Burbank, California, from a 35mm color reversal internegative (CRI) made from three-strip nitrate original camera negatives (the best surviving element for the film). The image restoration, addressing dirt, scratches, misregistration, and color breathing, was also performed at Modern VideoFilm.

Criterion are meticulous at restoring the films in their collection and are considered the industry leaders in that field. This new edition of Heaven Can Wait is very attractive, but it has some of the same coloring issues that plagued color releases at the time. While black and white films from that era look incredible on Blu-ray, the color films from that era have not aged as well. Color films were still in their infancy and did not come into their own until the Fifties. This does not mean that all the color films from this era look ugly, I am just trying to temper expectations to how the films at that time looked. If you have seen The Wizard of Oz, that film approximates very well the issues with coloring of film at the time. This new 4K scan of the film is undoubtedly the best the film has ever looked and I can’t imagine any type of firm improvement from what is shown here. Fine detail is very good and the grain from the film has been managed beautifully. Fans of the film will find this a good improvement over the DVD release, but may not want to double dip if they already have a DVD copy.

The original monaural soundtrack was remastered from a 35mm magnetic track and a 35mm soundtrack negative.

Criterion Collection are also well-known for their work in restoring audio. This audio presentation is very nicely done. I could not hear any discernible hiss or pops throughout the presentation. Dialogue is silky smooth and clear. Fans will be very happy about how well this track turned out.

Heaven Can Wait is easily one of my favorite releases that Criterion have put out this year. Charming, funny, and emotionally resonant – this is a film that can please the most jaded of filmgoers. Don Ameche is top notch and Gene Tierney matches him beautifully in the film. Criterion has provided a couple wonderful supplements but I did feel that a commentary track would have been a welcome addition. Any Lubitsch film that makes its way into Blu-ray will inevitably make its way into my film library. I highly recommend you add this film to your collection if you have any love for older films.