Ghost Dog: The Way of the Samurai: Criterion Collection (Blu-ray) 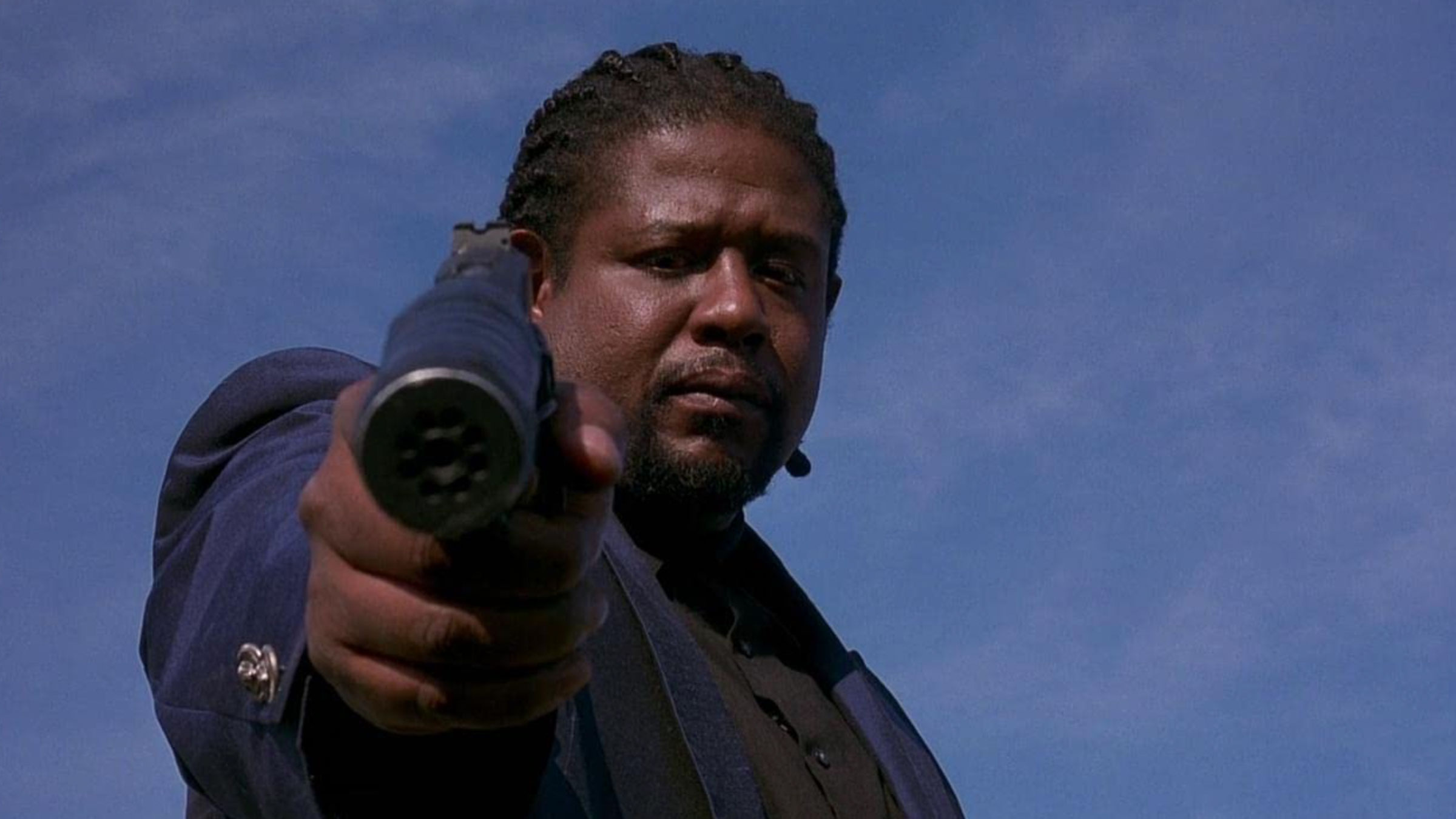 Ghost Dog (Forest Whitaker) is a simple man, but in his neighborhood he is loved and respected, even though he has no real friends in this life. He lives alone and spends his time training in the ways of the samurai, which he places his utmost faith in. He wields his sword with grace and skill, much like he handles his other weapons, his guns. You see, Ghost Dog is a professional hitman and he receives his orders via carrier pigeon, from his boss whom he has a history with. When he was just a young man, his boss saved his life and as the samurai codes states, Ghost Dog became his servant for life. So his boss sends the details, then Ghost Dog carries out the hit in quick, lethal fashion. But his boss has no idea about this samurai code of living, and he thinks Ghost Dog is just a remorseless killer, like he is. This leads to some serious issues down the road, because there simply isn’t a line of communication between the two most of the time. Soon, his boss’ daughter sees him pull off a kill and now Ghost Dog is under fire from his previous employers. Can he manage to survive this attack and still remain true to the code he is bound by?

Ghost Dog: The Way Of The Samurai is a very cool movie overall, but I think to some it will be a let down in the end. If you’re a fan of Jim Jarmusch movies and you can handle some slow spots, then you’ll be fine, but if you have a short attention span and more mainstream tastes, this might not be your cup of tea. The pace is slow at times, but since this time is used to develop the characters and storyline, I don’t think it is a flaw in the least. That’s the main complaint I hear from people about this movie, so if you need non stop action and motion, then skip this one by all means. I suppose in the end this film could use some trimming, but I’d rather see what Jarmusch wanted and not change his vision. So if the movie runs a little long, so be it, so long as that is how the director wants it to be. When the action heats up though, the movie is on fire and is a real blast to watch. There is some gunplay and violence though, so if you don’t let the little ones watch that kind of stuff, send them to their rooms during this one. In the end, Ghost Dog turns out to be another excellent effort from Jarmusch and a film that defies analyzing on all fronts.

Criterion, in their usual form, has given this film a new 4K restoration and (as per usual) it shows in every sense of the words. Admittedly, it’s been quite some time since I watched the old DVD put out by Artisan (I haven’t used that studio in a review in quite some time). The film utilizes a lot of the more morose color palette – I found that the blues and greys really stood out. Detail has been improved as well, though we do lose some information from the top and bottom as the old DVD was 1.78:1.  Jarmusch’s films aren’t going to look like those of Wes Anderson. It’s just not his style. But his involvement in this restoration does show and it’s a vast improvement over the previously-offered DVD.

The film’s powerful hip hop soundtrack by RZA is on full display here. As a bonus offering, the soundtrack is available as an isolated track. These usually aren’t my cup of tea, but for those that like this sort of thing – it’s a nice option to have. A new DTS HD Master Audio mix has been used for the film and I found that he music meshes well with the events and characters, while making use of all the surrounds you can plug in, especially the subwoofer. But the music never overshadows the other elements, as vocals and sound effects emerge in fine form also. The sound effects don’t pulse through the surrounds that much, but they sound distinct and clean, which works well for the movie. The dialogue is excellent and I found no problems in the least with it, as volume and clarity were terrific at all times.

Jim Jarmusch’s films aren’t for everyone. They’re slow and prodding, but the end result is usually worth the wait. Ghost Dog: The Way of the Samurai features excellent performances, notably by Forest Whitaker. The film has a huge cult following and Criterion has given it their best effort – and it was worth the wait.