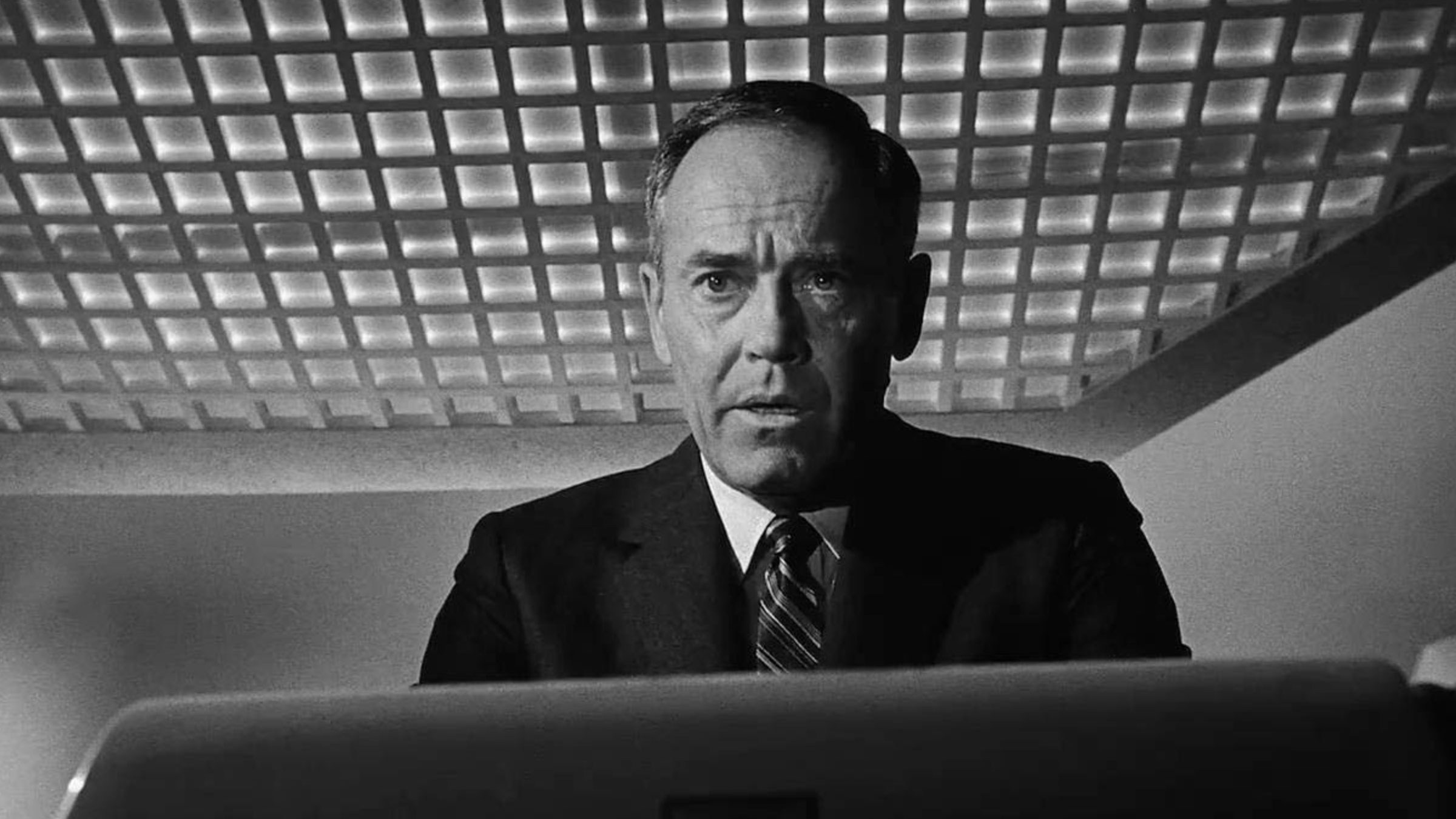 We all that with nuclear war a simple button push away, a human error could cause countless amounts of damage and death. So human error is accounted for and precautions are taken, but what about computer or mechanical errors? If a simple glitch calls for a massive nuclear attack, what can the leaders do to stop the assault and restore order? This is what happens when thanks to a computer glitch, a bomber squad on a normal training mission is sent orders to fly out beyond their normal limits and that means special tactics are used. In other words, the squad ceases to communicate with outsiders and they proceed to their target, where they will then launch nuclear weapons. This means Moscow will be hit hard and little will be left behind, perhaps not even rubble. As hard as the president and others try to get them to turn around, the squadron chooses to obey the original orders and push ahead. With time running out on both sides, the Americans and Russians decide on one final solution, but have they made the correct choice?

As you might know, Fail-Safe was featured on television not too long ago, but this is not that version. This is the original 1964 version of the story and in my opinion, is a much more worthwhile endeavor. I admit the cast of the live television version was impressive, but this one packs much more of a punch and has a solid cast as well. I would classify this film as a suspense/thriller, but it lacks the usual insane killer modern genre entries contain. This is more of a political thriller, but again, there is no real enemy in the normal sense of the word. This is more about what happens when a mistake is made and those involved scramble to prevent it, or at least minimize the consequences. Always tense and serious, Fail-Safe never gives you a chance to breathe and to me, that’s one of the reasons it works so well. Using an iron clad script and a team of skilled actors, this plays more like an old fashioned movie, without special effects or other tricks. This one just has superior acting, writing, and directing, which proves to be more than enough to make it worthwhile. And what better chance to see this film, than on a superb special edition disc like this one? I recommend a rental for first time viewers, but fans will want to add this one to their collections.

This movie features a terrific ensemble cast and while picking one performance would be tough, I have decided to mention a few of my picks from this film. As always, Walter Matthau is outstanding and though this isn’t the type of role we’re used to seeing him in, he shines. I am always glad to see his dramatic turns and this is one of the better ones, which is a true compliment to his performance. I know most modern viewers will recognize him for his comedic work, but Matthau was also a very gifted dramatic actor, as you can see within this film.

Criterion has given the film a new 4K restoration and improved transfer. This is a minimalist film in terms of visuals, but this transfer ensures it all looks terrific and no problems emerge. I detected no compression errors at all, while the source print showed no signs of serious age troubles, which is nice. This is a very stark movie and that means lots of shadows, which are all handled here well enough. The black and white image looks clean and well balanced, which is all I can ask for from this title.

Even though we get a new mono soundtracks, this is as dialogue-driven as a film can be, little to no music or sound effects can be found within this movie. But this is the way it was intended and as such, the included mono track handles it all with no problems in the least. The dialogue comes across in clean & crisp fashion, with no harshness or age related issues in the least. I also heard no hiss, which was a welcome note. This one doesn’t ask for much, but it is given all that it needs.

Considering this is a Criterion release, it’s a bit lacking when compared with some of their other releases. Nevertheless, we do get…

The Cold War might be over, but it’s no secret that things might be heating up in the world. Most films from this era do seem dated, but Fail-Safe, sadly, seems a bit relevant. Criterion’s offering does give us a few new supplements along with the same commentary track, but the new transfer is worth the price of admission.