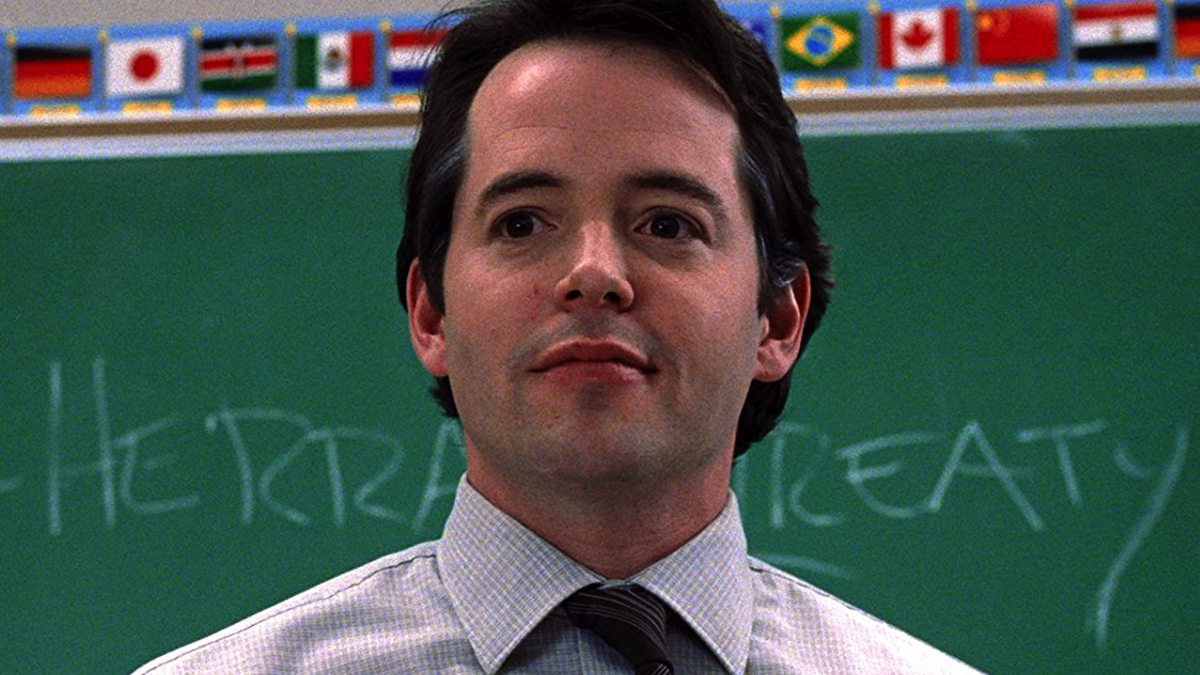 On the surface, Election is a movie about just that – a Student Council election in a local Omaha, Nebraska high school. To everyone at the school, it would seem that the race is a cinch, Tracy Flick (Reese Witherspoon) is the natural choice (actually, she’s the only choice). She’s head of every other organization, club and activity group known to man…so becoming student council president seems the logical choice; not to mention the natural progression of things. Popular high school teacher Jim McAllister (Matthew Broderick) seems disgusted with Tracy and can’t stand the site of seeing her literally walk away with the victory. McAllister encourages football jock, Paul Metzler (Chris Klein, who plays the same oversensitive jock he does in American Pie) to run. Paul seems to like the idea, hence the race is on!

But, that’s on the surface. Election has a few other storylines intertwined within its fascinating plot. Beneath the surface, it hits on other issues, such as Paul’s adopted sister has delusions of being a lesbian and is also forced into the running for Student Council President just because her brother is running. She’s obviously confused about her feelings and scares her “girlfriend” into her being her brother’s new boyfriend! The relationship between Jim and his wife is also explored. They seem happy and content, want kids but have been married 12 years and have always found reasons not to have them. Their best friends have divorced because of the husband’s relationship with Tracy Flick (I don’t want to go into detail about this), and in turn an affair occurs between Jim and Linda.

Bottom line is that Election is a very unique and well-crafted movie. It’s not afraid to say what it thinks “literally in some cases”. It comments on issues and focuses on everyday people. Admit it, we all had a Tracy Flick in our high school class, and we all hated her! Matthew Broderick is a terrific actor and gives a decent performance here. Reese Witherspoon has her character down to a tee, but it seemed almost too perfect at times, but I’m probably just nit picking. The rest of the cast are relative unknowns, but put them all together and it makes a fine, entertaining movie.

Benefitting from a new restoration by Criterion, Election has been given a new lease on life in the video department. Alexander Payne’s films aren’t really known for being colorful and the film’s setting of Omaha isn’t exactly the most ideal locale. Still,  The 2.40:1 AVC HD transfer is sharp, has strong contrast and the black levels are dead on. The picture seems to have a more flat, muted look and feel to it. Reds are toned down and while flesh tones don’t look “pasty”, it’s an improvement over Paramount’s Blu-ray. I noticed a few flicks here and there, but I’m sure it’s an issue with the print itself as opposed to the transfer. Admittedly, I wasn’t expecting a whole lot with this transfer but the results speak for themselves.

One thing about Election is that the movie is nearly silent in terms of audio. Criterion has opted to keep the previously-existing Dolby TrueHD track on the disc. The movie is nearly entirely dialogue-driven as are most of Alexander Payne’s films and while not a bad thing, we miss out on most of the ambiance that other movies possess. Of note, the film lacks a LFE channel, hence the 5.0 soundtrack. Fans of the movie know what to expect from this film in terms of audio and though it sounds a bit cleaner than the Dolby Digital 5.0 track (found on the standard DVD) it’s marginal at best.

Those clamoring for a true special edition of this film are in luck as Criterion has finally added some supplements of note.

Election was a diamond in the rough when it hit theaters in 1999. Those that remember the Presidential election of that year might get a chuckle out of the timing. This essentially established Reese Witherspoon as a bona fide actress and features a great, if deadpan, performance from Matthew Broderick. It also set the stage for a few of Alexander Payne’s forthcoming movies like About Schmidt, Sideways and The Descendants.