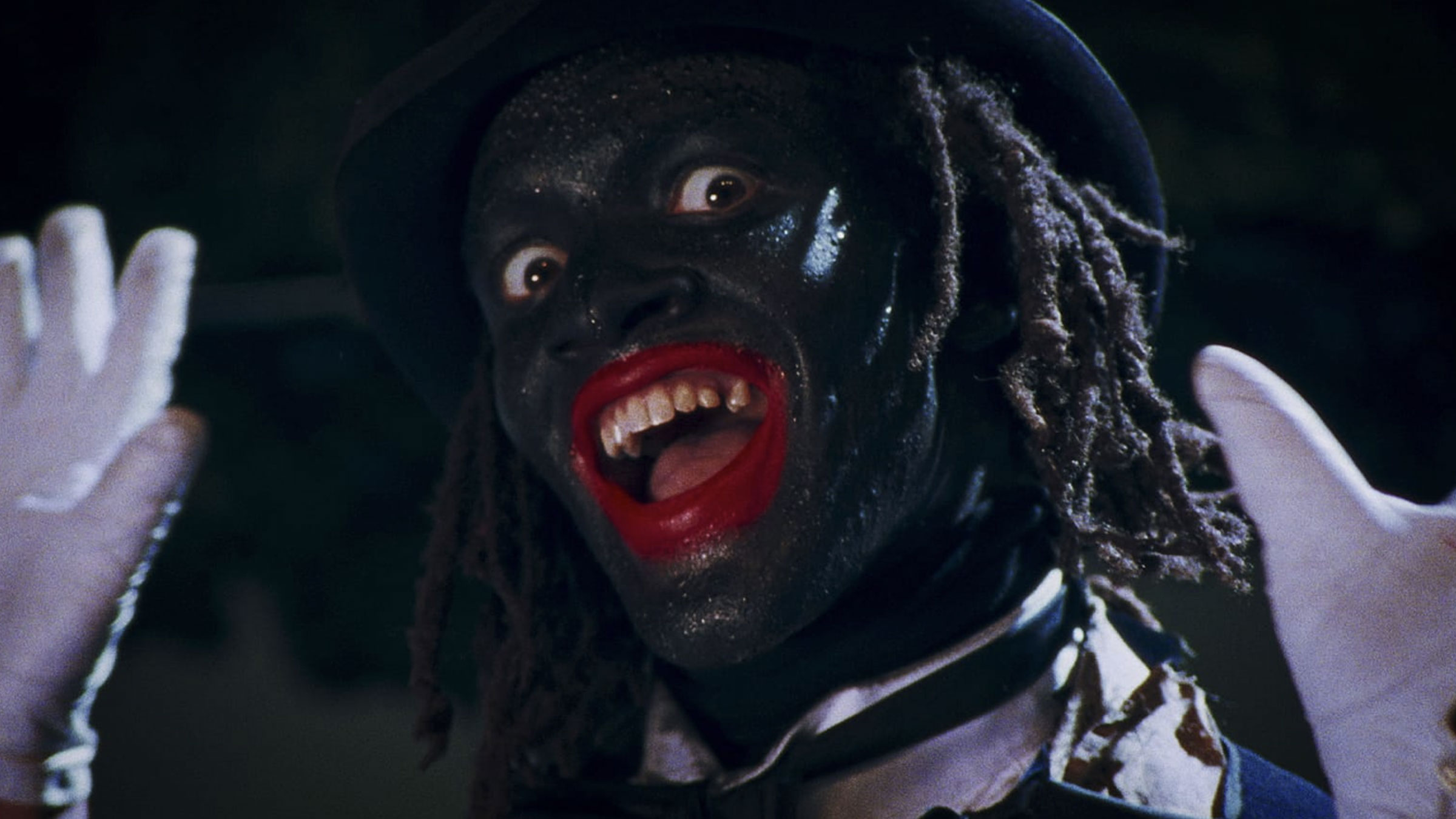 Pierre Delacroix (Damon Wayans) is an Ivy-League educated television writer, but his recent proposals have been dismal, at best. Although he wants to create a new version of The Cosby Show, he is unable to do so and as such, has decided he wants to leave his post, but he doesn’t want to quit. This means he wants to be fired and to do so, he plans to pitch a most outlandish idea, a revival of black face performances, which he is sure will ruffle some feathers. He thinks the black community would be outraged by such a television show, but he has no intentions of using white actors, instead he wants to use black ones, with even blacker faces. The same wild dance numbers, silly dialect, and extreme stereotypes, but with black actors in the roles, complete with very, very black faces. When his boss (Michael Rapaport) approves the idea and the show becomes a smash success however, Delacroix is forced to look at what he’s done and how it has changed those involved.

Bamboozled is not a comedic film in the usual sense, but I think a lot of people laugh as they view certain scenes. I think Spike Lee would call those viewers racist for their laughter, but I also think he would be wrong, as his misguided social critique lands far from the mark this time. In Bamboozled, we’re supposed to catch ourselves laughing at the black face antics, as if we should be ashamed for that, but I disagree with that approach. I am not a politically correct person by any means, but I am also not a racist and I found this film to be hilarious, from start to finish. Lee is unable to keep a serious tone here, thanks to the outrageous stage performances and Damon Wayans’ terrific, but very humorous turn. I had high hopes for Bamboozled, but Lee has taken too much ground here and seems outlandish in the end. But as I said, I found this to be a very funny movie and as such, I watch it as a comedy piece and have a fine old time. Does this make me a racist? If you claim that it does, perhaps you need to think about who’s really narrow minded.

I’ve found Spike Lee’s movies to be hit & miss for the most part, due in large part to his heavy handed approach to social issues. I am all for social messages in cinema, but not if the filmmaker shoves the ideas down the audience’s throat, which Lee sometimes does. When Lee can relax a little however, he shines and although Bamboozled is not one of Lee’s relaxed pictures, it is a very good one in the end. Of course, Lee is quick to use too obvious means to get his message across, but Bamboozled is so hilarious at times, I couldn’t help but like it. I am not sure if that is what Lee wanted, but I laughed a lot in Bamboozled, sometimes at the misguided methods he used to thump the viewers over the head with his ideas. I know Lee is a gifted, competent director, but he needs to focus on easing up his social commentary, to a more subtle approach.

This is a hard movie to classify in the traditionally beautiful sort of way. On one hand Criterion always does a great job with their titles. It was given a new 2K restoration and it does show on this Blu-ray. And this was shot on digital cameras and such, has a look somewhat like home video, but this transfer comes through well enough in the end. The digital format causes some added edge enhancement, but not much and I think given the materials, Criterion has delivered the best possible presentation. The colors have a restrained scheme, but this is intentional and at times, the hues brighten a little as needed. The contrast is not as stark as we’re used to, but black levels are as sharp as can be expected from the equipment used.

We get a new DTS HD Master Audio mix (a modest improvement over the DVD’s Dolby Digital 5.1 track), but the surrounds won’t be shaking off the walls, though there is some atmosphere when it is needed. The music sometimes allows the surrounds to open up, which provides a good change of pace, as the film is usually dialogue driven. This means the mix is conservative in terms of audio, but the overall presence is still more than adequate, very natural in all respects. The vocals seem crisp and clean at all times, with no volume quibbles to report, which leaves me to score this one in fine numbers.

A few of the supplements from New Line’s 2001 DVD have made the leap to this Criterion edition, but we also get some new supplements as well.

Those familiar with Spike Lee and his films know there’s always a message. Bamboozled won’t be for everyone, but for those that like this kind of film – it’s amazing. Criterion’s treatment is very faithful to the way Lee intended it. While we don’t have the crystal clear image that most of their restorations contain, it’s by no means a bad looking picture. Fans of Lee or Criterion’s efforts in general will love it.