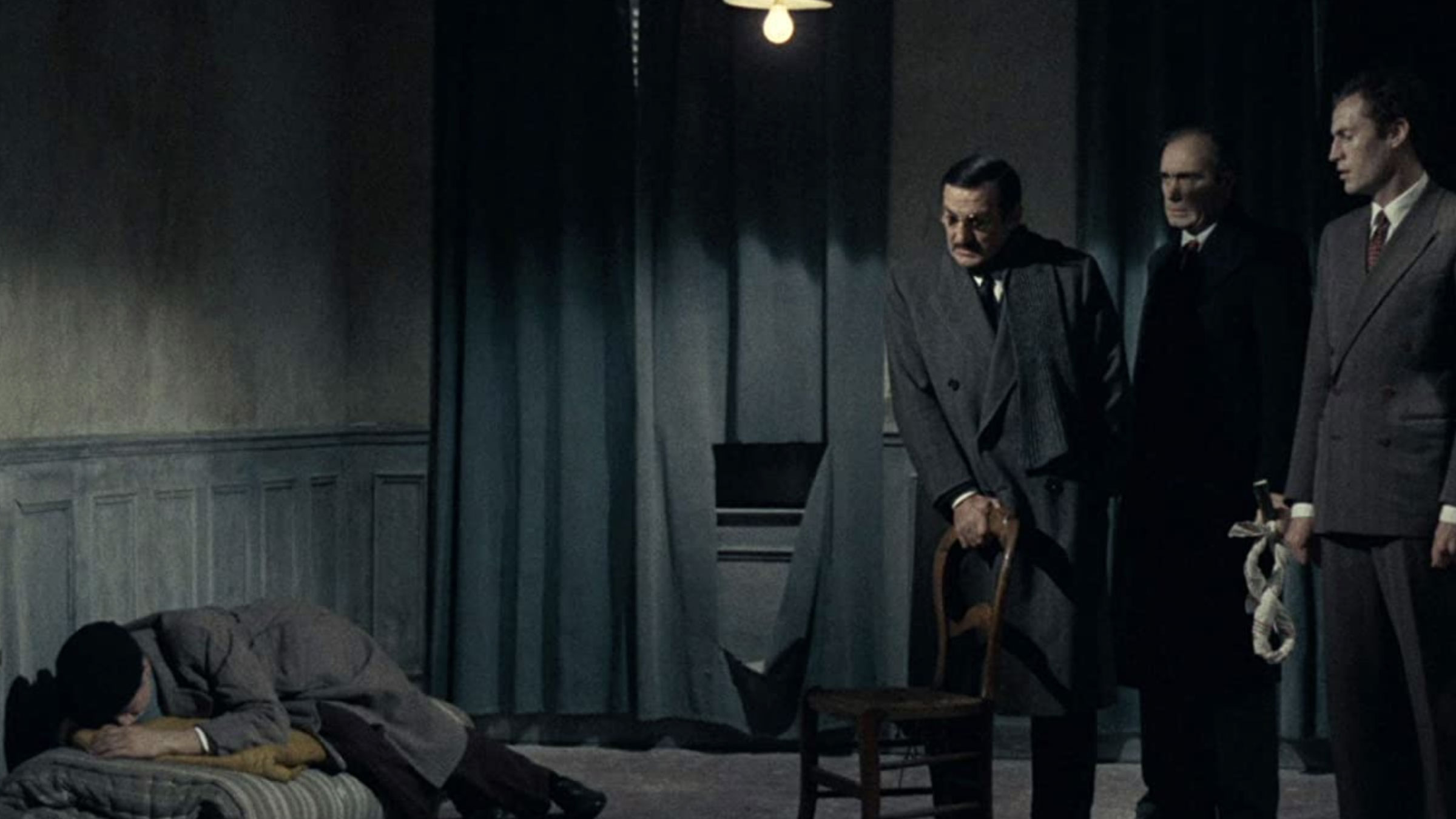 Philippe Gerbier (Lino Ventura) is a resistance member who has been captured, taken by the police to a special camp for political related prisoners. Gerbier’s stay in this prison camp is short however, as Germans in the area take him to a new camp, one in Paris under their control. But once again, he doesn’t spend too much time as a captive, as he makes a bold escape and is able to break loose. He then travels as he can, with help from anyone he can find who sympathizes, usually citizens who lean toward the resistance’s beliefs. His path leads him to Marseilles, where he joins up with loyal friend Felix (Paul Crauchet) and has to deal with the young man who gave information about him. The informant is just a teen, but Gerbier almost died because of his actions, so the informant is executed. He makes his way to London, then back to France, but when key members of the resistance are captured, how drastic will the steps to rescue them be?

This film was released in 1969, but it took thirty-seven years to debut in the United States. This has been called Melville’s masterpiece and while I haven’t all of his films, Army of Shadows is the best of what I have been able to view. The film is soaked in tension, a constant dark cloud looms over the entire world within, ready to drop violence and suffering at will. I wouldn’t recommend to those with short attention spans, as the movie is well over two hours and has minimal kinetic moments. The bulk of the movie is hide and seek, as each side tries to have an edge over the other, while not revealing their own strategies. The violence, when it is dealt with, is never sensationalized, the most horrific moments take place off camera for the most part. Army of Shadows is a very well crafted movie, one that stirs the emotion without going for cheap shots, not too common in cinema. Criterion’s release rolls out the red carpet for this long overdue arrival, so Army of Shadows is more than recommended.

The standard DVD of “Army of Shadows” looked pretty good and this Blu-ray edition looks even better. The film is presented in 1.85:1 AVC HD transfer and was restored in 2004. And after doing a comparison to the 2011 Blu-ray, I think this one appears to have a new transfer. While it took a long time to reach the United States, the version shown here looks terrific. The print used has some rough places, but not as much as expected, very clean and impressive indeed. The film’s subdued color scheme comes across well here, so don’t be alarmed by the faded hues found in this transfer. I saw no errors with the contrast either, as black levels seem accurate and detail level is very strong here. Another fine treatment from Criterion here, fans should be very pleased indeed.

We’ve got a DTS HD Master Audio 1.0 soundtrack as well as a DTS stereo mix to choose from on this Blu-ray. The original French soundtrack is preserved here via a mono option, which sounds good, all things considered. The track is still an older mono option however, so keep that in mind. As such, some flaws remain and the audio has a thin presence in most scenes. This movie relies on dialogue however, so we don’t miss depth or dynamic presence in this case. I found dialogue to be clear and easy to understand, while the other elements seem in proper order as well. Not a dynamic soundtrack, but one which handles the material well and offers no reason to complain.

The extras appear to be the same as Criterion’s 2011 Blu-ray.

It took a long time for Jean-Pierre Melville’s film to reach the United States and this is now the third time that Criterion has released it. There’s a reason – it’s amazing. Fans who already own the 2011 Blu-ray need not upgrade, but I did detect that this transfer does appear to look a bit better than its predecessor. Still, no matter what format you see this in – it’s got to be seen.