All About Eve: Criterion Collection (Blu-ray) 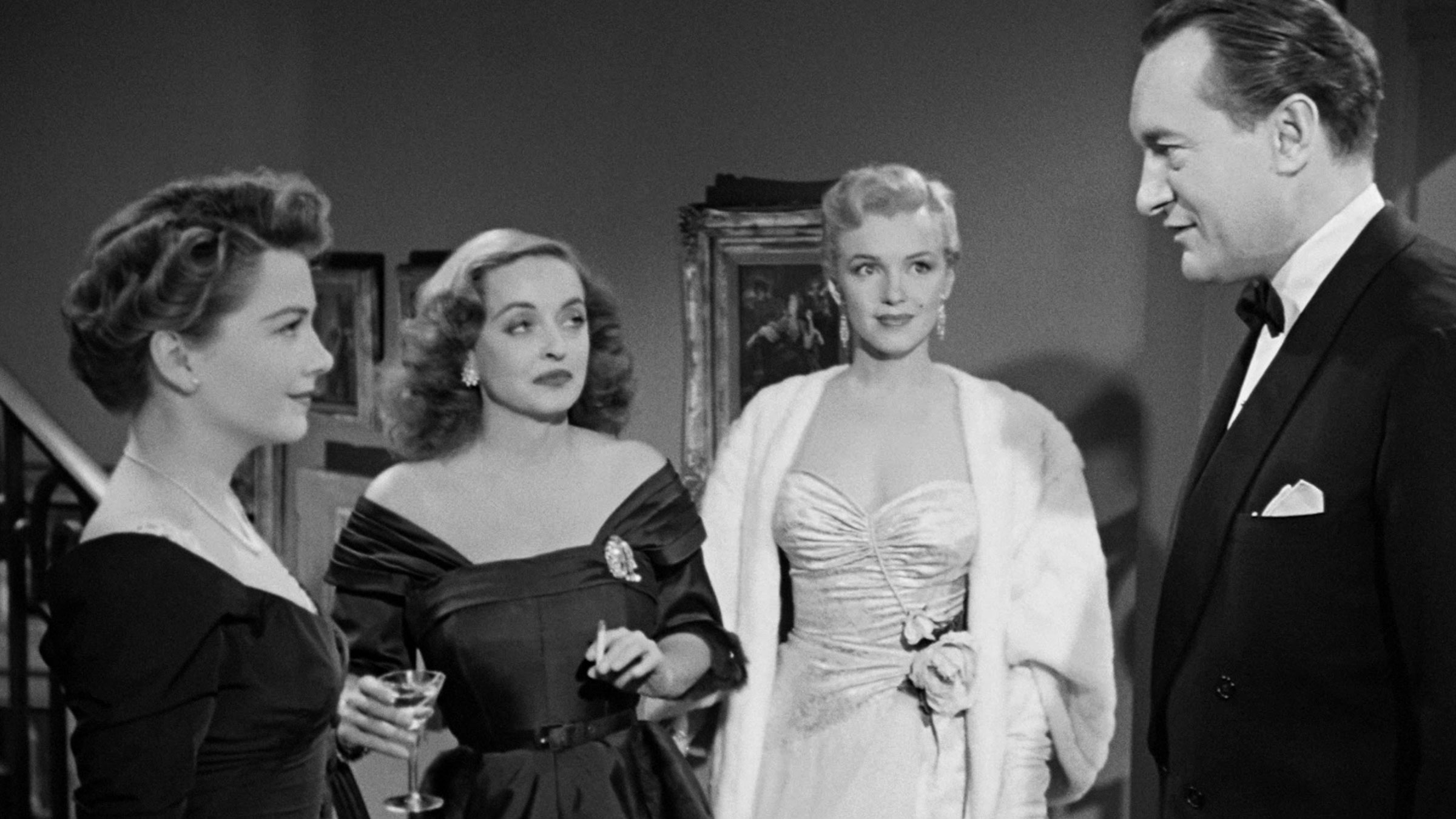 Margo Channing, played to sheer perfection by the one and only Bette Davis. All About Eve was that “other” movie in 1950, the “other” being Sunset Boulevard of course. The two were alike in so many ways, it’s uncanny. Amazing how movies have and still seem to be coming out in pairs, but one is almost invariably better than the other. In this case, however, it’s really tough to say which was the actual better movie. There are schools of thought on both films and while I’m more of a fan of Sunset…there are just as many that believe that Eve is the better movie. While it’s true that “All About Eve” ended up winning the Academy Award for Best Picture (thereby beating its main opponent, Sunset Boulevard), I feel that the latter holds the test of time as it showed how Hollywood was as opposed to the seemingly “harmless” world of theater as depicted in All About Eve. Both, however, hold high places on many critics’ lists. No matter which one is your favorite, they both deserve to be seen again and again, and both are available in Special Edition format.

All About Eve isn’t really about the character of Eve (Anne Baxter), but rather the decline of a once former great theater talent by the name of Margo Channing. She’s just turned 40 years old and is facing the beginning of the end. Her looks are starting to fade and though she’s a well-known and respected talent, it’s clear that the search has begun to replace her. This is where we meet Eve. Looking like a timid little mouse, she first greets Margo after a performance. Slowly working her way into Margo’s life (first as an assistant, doing odd jobs; then later as her understudy), Eve has a sly, cunning demeanor that rubs a few folks the wrong way. Unlike Sunset Boulevard, this deals with the world of stage, but the remarks are just as witty and the screenplay by Joseph Mankiewicz really doesn’t get any better. At first, Margo feels sorry for Eve, not thinking her a threat. It’s only by the mere suggestion of Karen (Celeste Holm) that Eve gets a chance to work with and for Margo. The jaded theater critic, Addison (George Sanders, who won an Oscar for his role) takes her side as well. It would seem that all is fair in love and war (and stage).

As it becomes clear that Eve is starting to pull the strings and make things turn in her favor, people start to doubt her. After all, the movie opens with Eve accepting the stage equivalent of an Oscar; so right away we know that something is going on (or soon will). But don’t let the supporting cast fool you as this was Bette Davis’ movie, through and through. Some say that she was never better than in her role and though a bit controversial, Anne Baxter ran against her in the Best Actress race (oddly enough, purists say that Baxter’s decision to run in the Actress category split the vote and therefore cost Davis her third Oscar). Baxter later admitted that she “…should had run in the Supporting Actress category…” to which Davis replied “Yes, you should have!” At any rate, the film is near perfection. I can only recommend a few other films ahead of this one (Cool Hand Luke, Singin’ in the Rain and Who’s Afraid of Virginia Woolf? come to mind), as it holds us just as well now as it did then – perhaps better. Look for an early appearance of Marilyn Monroe as Claudia Casswell, too! Highly recommended.

Ah, the days of a full-frame black and white movies. They’re gone, but not forgotten. All About Eve’s previously-released Blu-ray didn’t look too bad, but once things get in Criterion’s hands, it’s a good thing. For those that like the tech, here’s what was done to the film:

This digital restoration was undertaken by Twentieth Century Fox. A 35mm composite fine-grain, on loan from the Museum of Modern Art, was scanned in 4K resolution and restored at Reliance MediWorks in Burbank, California. The original monaural soundtrack was restored from a raw capture of the optical track from the same 35mm composite fine-grain. A quarter-inch magnetic recording was used for the main- and end-title sequences. The raw captures were performed by DJ Audio in Burbank. The audio was then restored by by Audio Mechanics in Burbank.

What all that means is that this looks as good as it ever has. Again, the older Blu-ray didn’t exactly look bad as Fox’s transfer was sourced from a 4K master. Some finer details have been given their due attention, giving the film a more sheer/sheen look. Contrast seems a bit improved as well. This isn’t a night and day difference between what was already available, but given the choice between the two – this one shines.

The only audio track on the disc is mono and there’s not a lot you can do with that. Though, the movie did win the Oscar for Best Sound and while that really might not mean a lot these days in regards to how it actually does sound, it’s a testament to the film itself. The movie is nearly all dialogue-driven and if there was ever a film that had some snappy dialogue, it’s this one. Sonics are a bit stronger, vocals are strong. We lack any “hiss” that’s sometimes associated with films from this era. Don’t let the single channel fool you, this one sounds pretty good.

If the improved picture and sound aren’t enough (and the movie itself), then this two-disc version loaded with supplements will certainly do the job. There’s a lot to cover, so let’s get started.

Let’s face it, if you consider yourself any kind of film buff then this movie is required viewing. Odds are most anyone reading this has a Blu-ray on their shelf. Criterion’s offering really ups the ante with a bevy of supplements, though most have been seen elsewhere. Improved picture and sound only sweeten the deal. We can’t recommend this enough.