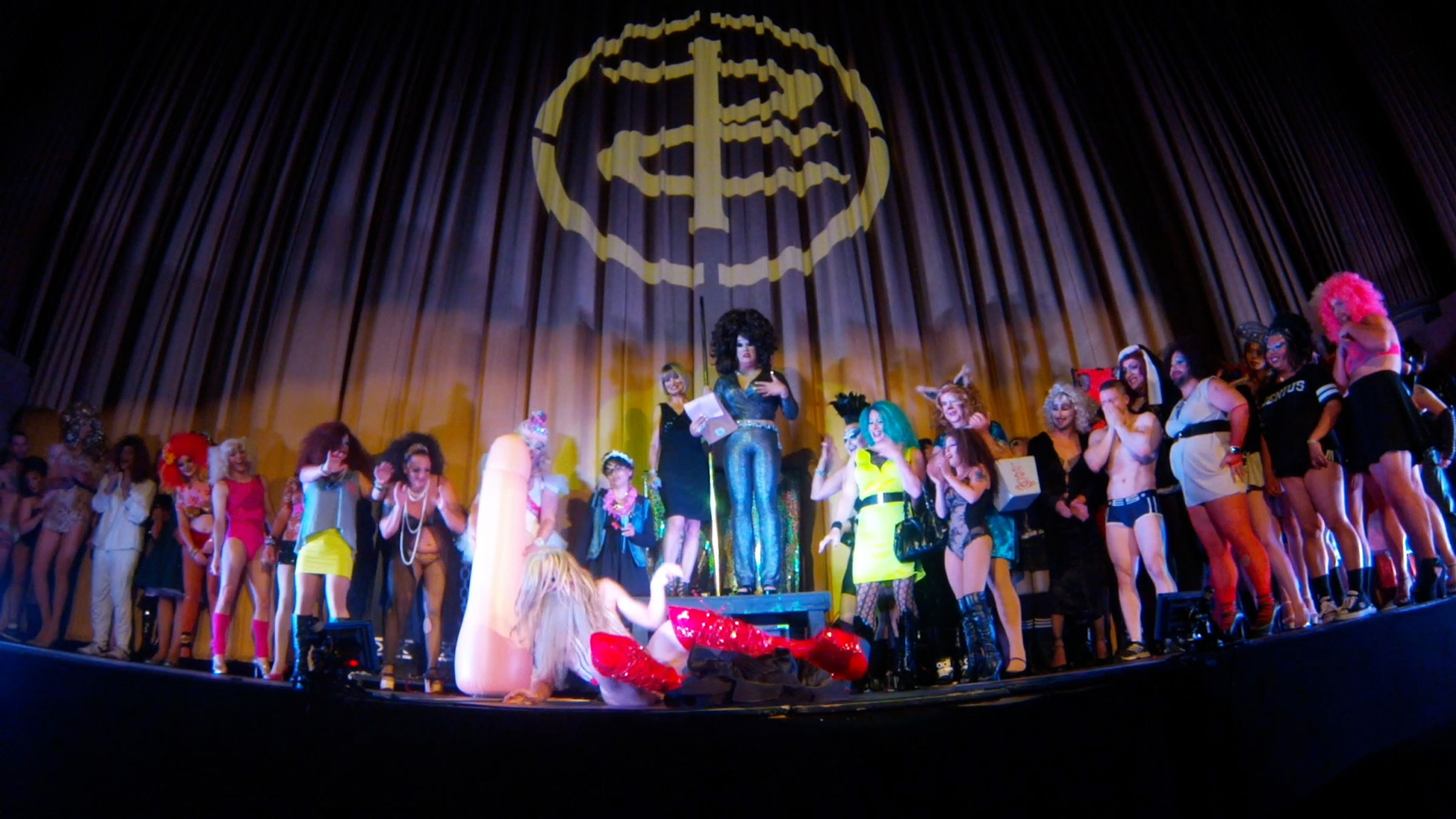 Any movie buff will have undoubtedly seen, or at least heard of, one of Paul Verhoeven’s movies. He hit his peak in the late 80’s and early to mid 90’s with blockbusters like RoboCop, Total Recall, Basic Instinct and Starship Troopers. There’s one I left out, of course, and that might just be the jewel in his crown – Showgirls. The film was meant to be a launching pad for up-and-coming actress Elizabeth Berkley. Berkley, at the time, was best-known for her role in the teen TV series Saved By the Bell (the cast also featured an ensemble of actors who also found fame). However the film was met with critical and commercial demise and was even voted the worst movie of the year. It was one of the few to obtain an NC-17 (no one under the age of 17 admitted, period) and wasn’t afraid to show skin – a lot of it. What You Don’t Nomi attempts to look at is why this movie was misunderstood and after twenty five years, how it’s obtained cult status.

The majority of the content stems from an assortment of critics and a self-appointed expert on the film, David Schmader. Though none of the cast or crew from the film appear in this version, we do get a lot of archived interviews with them promoting the film and so forth. Various aspects are looked at throughout and I have to admit that there were a few things that got me thinking – it was a good-looking film. As they said “…it’s a beautiful widescreen picture.” And they’re right. There are some antecedents from Verhoeven’s other films that are present in Showgirls as well. In fact, they assign most of the blame not to Verhoeven, but the film’s writer Joe Eszterhas. You Don’t Nomi might not be an epiphany for anyone who’s seen Showgirls. But for me, it did make me look at it from a different perspective. The movie, through home video releases, has more than made back its budget and its status as a cult classic is more than fitting.

The “official” aspect ratio is 1.78:1, concurrent with most any film of the genre. But this is a bit difficult to assign a definitive score to since it’s mainly comprised of clips from other films or archived news footage. There are plenty of shots from Showgirls shown in the 2.35:1 aspect ratio, but the majority of the film is 1.78:1. That said, most of the clips looks just fine, though some of the footage from the mid 90’s leave a lot to the imagination. By and large, documentaries aren’t a genre of film that you watch for the paramount of image quality. I really had no issue with the way this looked visually – neither should you.

Just as the video quality was all over the map, so too is the audio quality. The lion’s share of the film is narrated by various voiceovers (no faces are shown) and we do get archived “clips” from the movies shown. Vocals are sharp, notably the ones that were “made” for this film and the hodgepodge of clips (mainly from Verhoeven films of days past) aren’t really that bad. As I said above, this type of film isn’t one that will attract audiophiles trying to see what their surround sound setup is capable of. The DTS HD Master Audio track gets the job done.

Unfortunately, this disc contains no bonus materials – not even a trailer.

Showgirls was understandably misunderstood upon its release in 1995. I’ll be the first to admit that. This documentary takes a look at how misunderstood the film was and while I don’t think they’re trying to say it’ll be the next Citizen Kane, maybe appreciate it for what it was – not what it was supposed to be. Or I’m totally wrong and missed the point of it completely (not totally out of the question, by the way). Love it or hate it, Showgirls was one for the ages and for anyone with a passing fancy for the aforementioned film – this is required viewing.