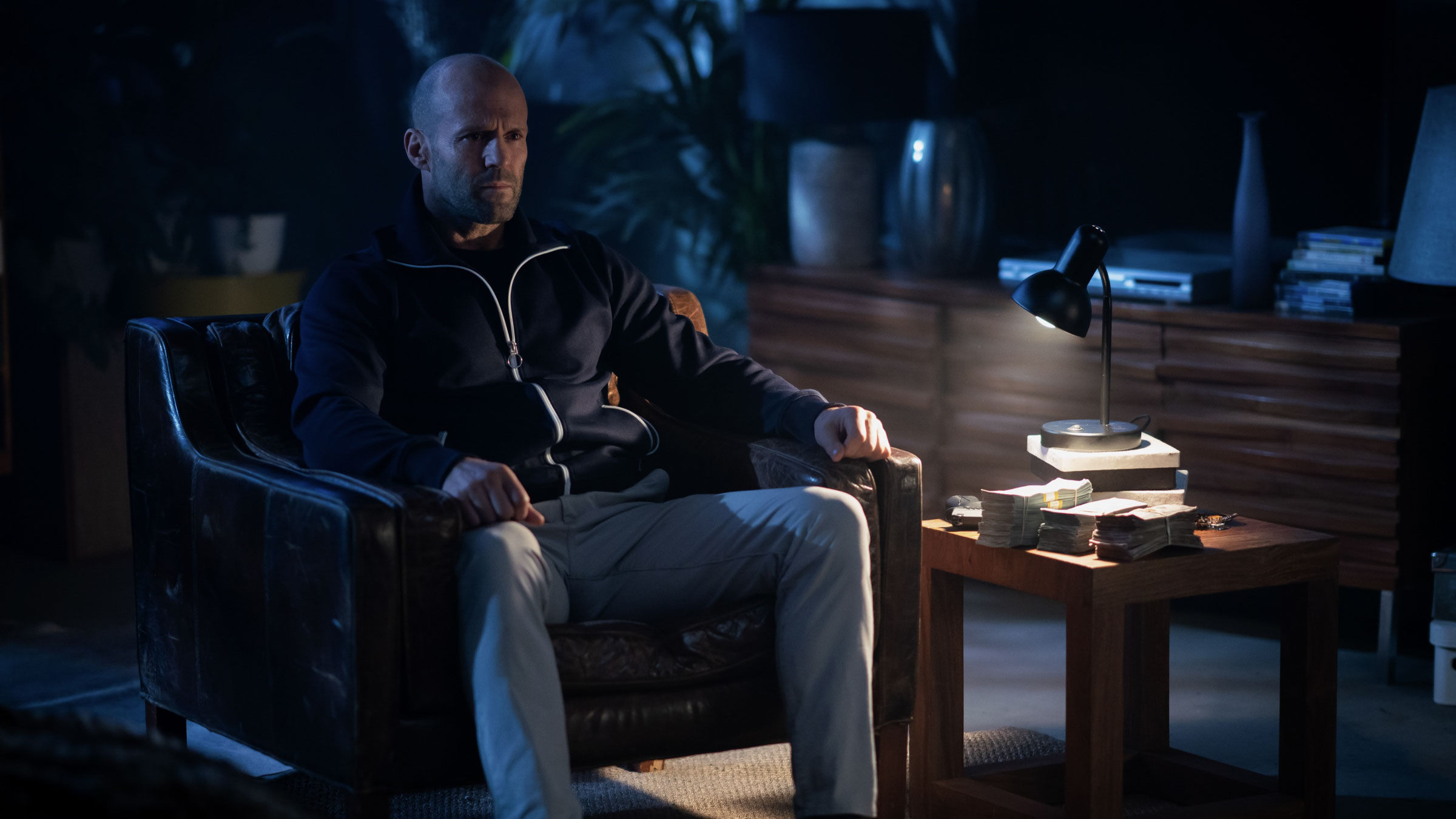 There are some actors, both in the past and present, who would do anything to avoid being typecast. There are others, however, who seem to relish it. Jason Statham, for example, is one of the latter. And hey, I suspect he’s fine with it. He’s an internationally-renown actor who makes millions of dollars for every movie he’s in. We should all be so lucky. But he, like Liam Neeson, seem to be drawn (or offered) the exact same script for every movie they’re in. I suppose casting is easy with these two, though. But for every actor out there who wants to spread their wings and showcase their multitude of talents, there are others who know what they’re good at and stick with it. There’s an argument for both sides. Case in point, we’ve got Wrath of Man – the newest offering from Guy Ritchie. Let’s take a look.

“H” (Jason Statham) is essentially the same character that Statham plays in every film, an intense somewhat likeable individual. He gets a jog working as a guard for an armored car company. He’s trained and then deemed “overqualified” for the job and, of course, he is. His true motive is that he’s looking for Jan (Scott Eastwood), someone who’s connected to a series of robberies and who may or may not have a connection to “H”‘s past. As we might imagine, there’s the obligatory robbery, a few car chase scenes and bullets galore. In other words – your typical Jason Statham/Guy Ritchie film. And we even get Andy Garcia in a phoned-in role.

I’m willing to bet that those who had no idea what this film was about would figure it out in under five minutes. Hell, just seeing Ritchie’s and Statham’s name alone would dictate most of the plot. But Ritchie’s films, for me, have always had a way of keeping my attention. And this one has that as well. It’s entertaining and even though I didn’t feel myself challenged too much intellectually, I seemed to enjoy the ride. Films about revenge are often pretty straight-forward as is this one. But with two people involved who know what they’re good at, you can do a lot worse.

Fans of Guy Ritchie films will know what to expect as his films have a certain look to them. I’m a fan. The film has several dark sequences, so don’t expect this one to be bright and cheery (most of Ritchie’s films aren’t). The included 2.39:1 AVC HD encode brings the film to life in the best of ways, though it’s disappointing that there was no 4K release for this film. Nevertheless, we get razor sharp detail, a strong balance of contrast and black levels coupled with an all around pleasing image. It’s certainly indicative of what a new to the format film should look like. No complaints.

The supplied DTS HD Master Audio mix certainly has some moments to shine. And in those moments, the mix was pretty immersive providing some ample surround sounds, the LFE got involved and I was digging it. But those moments can’t last forever and it’s disappointing that the disc wasn’t given a Dolby Atmos soundtrack. But we can’t have it all, can we? Vocals are spot on, showcasing Statham’s grizzly, deep voice in every scene. While not bad, per se, it could have been better. But this one suffices.

Nothing going on here. Not even a trailer.

Wrath of Man is certainly entertaining. But, then again, it’s just like every other Jason Statham movie he’s made. It’s more of the same, to be blunt. Couple that with no 4K offering, no Dolby Atmos mix and no supplements on the disc. You’ll have to really like this one to pick it up.