Won’t You Be My Neighbor (Blu-ray)

I haven’t thought about, or watched, an episode of Mister Rogers Neighborhood in nearly three and a half decades. The show was a staple for me and my younger brother as well as a few generations of children. I don’t know what it was about it that I loved. Was it his soothing voice, the way he didn’t pander to children and looked to us as the future? It’s hard to say. But Fred Rogers had a way of getting his message across. His show ran from 1968-2001 and in it he covered a wide array of topics including the Vietnam War, divorce, racism, death and even the September 11 attacks. But it’s the way he managed to do this that really struck a chord with audiences. Director Morgan Neville, a documentary filmmaker best-known for 20 Feet from Stardom, has turned his focus to Rev. Fred Rogers. This is his story.

Through a series of new interviews with Rogers’ wife and sons, we get to know the man. We learn of his childhood medical troubles, his willingness to enter the seminary (put on hold to pursue his dream of the show) and his ultimate, overall message – A little kindness goes a long way. It’s easy to see people like this who have a dream and will stop at nothing to achieve it. We see some footage of Rogers convincing the Senate for a $10 million dollar grant to help fund public television. These, of course, are things that the show’s average viewer knew nothing about. We also learn of some of the way in which Rogers communicated his views, love and compassion through the use of puppets; all of which he voiced himself. It comes as no surprise that he was also color blind. One of the show’s most “controversial” moments came when he invited a black man to soak his feet in a backyard pool. This was in an age when blacks and whites were not allowed to swim in the same pool. Through it all, Rogers and his show managed to sculpt the minds of youth around the world.

Admittedly, I didn’t have a lot of interest in watching this documentary. I’m usually not a fan of the genre, but I’d read some very positive reviews and sometimes I have to do things I don’t want to do for this site. My “I’ll watch this for a few minutes” turned into me going to bed 90 minutes later because I simply couldn’t stop watching. This is a fascinating and compelling look at someone who literally practiced what he preached. Odds are there’ll never be another Mister Rogers Neighborhood, but this is a great way to honor the man. Fred Rogers sadly died in 2003 of stomach cancer, but this is a tribute to his long-lasting impact and legacy that will likely live on for future generations. Highly recommended.

The majority of the film is composed of archival footage and interviews. Rogers’ wife and sons are all interviewed with new segments and there are some animated cut scenes that help to convey some of the messages contained within. The new footage, of course, looks great and is on par with anything new to Blu-ray. Much of the archival footage looks good as well, though as they delve pretty far back it does get a bit dicey. Most of the images are shown in a 1.78:1 format, with some of the older interviews and television footage being shown in a 1.33:1 aspect ratio. For a film like this, it really doesn’t matter if it’s DVD, Blu-ray or even 4K – it’s the content that’s of utmost importance.

The included DTS HD Master Audio sound mix is, by and large, pretty much wasted here. That’s not a negative or bad thing in any way, it’s just that with a documentary such as this, it’s assembled through a series of clips and they really don’t take advantage of the robust sound. The new interviews sound crisp, sharp and well-defined, while the archival footage doesn’t sound too dated. There’s a segment in which the old school PBS logo is shown. Oh my, talk about something transporting me back in time a few decades! By and large this sounds good, but then again documentaries aren’t really known for their technical merits.

A few generations grew up with Mister Rogers and we’re better for it. Admittedly, I hadn’t thought about the man or the show in quite some time, but watching this really brought back a lot of childhood memories. Rogers was a man who certainly practiced what he preached and this documentary does and excellent job chronicling the man, the show and who the world knew as “Mister Rogers.” 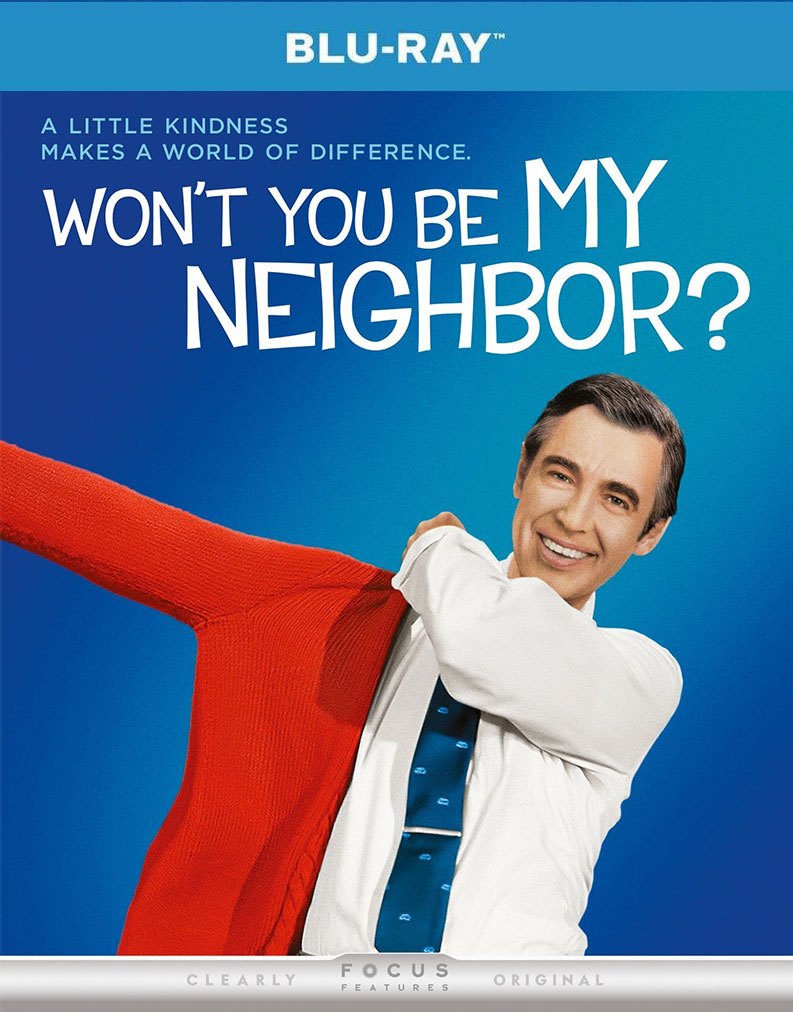