The Wizard of Lies (Blu-ray)

I sat down last night to watch HBO’s newest docudrama The Wizard of Lies. It features a solid cast (Robert De Niro, Michelle Pheiffer) and was directed by Barry Levinson who had previously directed De Niro in the excellent Wag The Dog. The film also revolves around one of the most notorious crimes of the last century, Bernie Madoff’s Ponzi scheme. Given the solid source material and gathered talent, I sat down with high hopes for the film.

The film has an excellent beginning. Bernie Madoff (Robert De Niro) meets with his two sons, Mark (Alessandro Nivola) and Andrew (Nathan Darrow,) and his wife of fifty one years, Ruth (Michelle Pfeiffer,) to let them know that in one week he is going to turn himself into the F.B.I. The business he had run for all these years on the seventeenth floor was actually a Ponzi scheme that had drained 50 billion dollars from its clients. Given this information, his two sons approach their legal counsel the next day and are advised that they must turn their father in now or they will be complicit in his crimes. When the F.B.I. arrest Bernie he pleads guilty to all of the charges and does everything within his power to protect his children from getting wrangled into his affairs. Unfortunately, the pressures of the media and the loss of the reputation whittles away at the entire family. The whole family is irrevocably dismantled by what Bernie had hidden from them.

This film is a difficult film to review. On the positive side: Robert De Niro turns in one of his best performances in the last decade. He is incredibly convincing as Madoff and shows some of that old magic of when he is not just cruising for an easy check. Michelle Pfeiffer is likewise very good as his doting wife. The true story is relayed well with enough details to fill in the novice about what exactly occurred before and after he was imprisoned. I also thought the cinematography in the film by Eigil Bryld had a good metallic grey look to it.

On the negative side: the writing can be overindulgent and sometimes plain sloppy. Two scenes in particular stand out. In one scene, Hank Azaria’s character Frank DiPascali relates women’s genitalia to different sports cars. This scene just fills like the writers were trying to give a little bit of decadence and naughtiness to the film like in Wolf of Wall Street. It actually just feels a bit lame and unnecessary. In another scene, Bernie has a horrifying nightmare with all sorts of not-so-subtle imagery of press and the people whose lives he destroyed. This scene could be put in the dust-bin of every tired-ass writer cliche since 1940. Add on top of that director Barry Levinson sometimes has no idea when less is actually more. Why cut stock footage into the film of cartoonish scenes from films during a market crash? It detracts from the film. Also, the film is almost two hours and fifteen minutes long. The editors should have put their feet down and cut some of these scenes that simply do nothing for the film.

Don’t be fooled by this “TV Movie”, it features some pretty high production values and with some top notch talent involved – it’s no surprise. The rather cold and corporate look is reminiscent of part of Stephen Soderberg’s Traffic (or one third of it). The included 1.78:1 AVC HD image sports razor sharp detail, a broad (yet somehow limited) color palette and showcases some pretty sweeping visuals. HBO is well-known for their commitment to excellence with their home video titles and this one is no exception.

A fairly run-of-the-mill DTS HD Master Audio soundtrack has been included, but this is mainly limited to dialogue and some standard soundtrack music. There are a few instances in which the surrounds kicked in, but let’s face it – you don’t watch this one for the audio. I had no real complaints, DeNiro’s vocals come across strong and clear with some dynamic range not withstanding. It’s a good, solid mix.

My final synopsis of the film would be that there is a great film in here dying to be released, but it is covered up with excess. I am glad I watched the film because it teaches a great lesson about how the sins of the father can destroy the children. In many ways it was like a modern King Lear. At the same time, I was angry at the film for not removing the cliche tripe it tacked on for no apparent reason. As it stands, I would recommend a rental prior to a purchase. 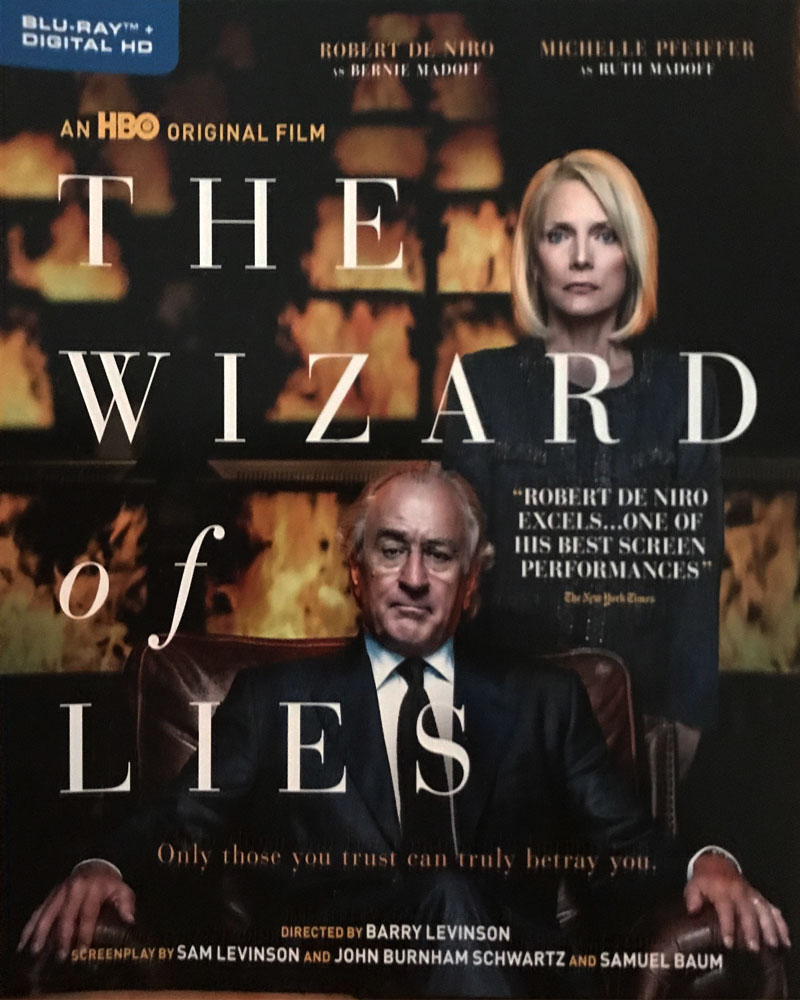