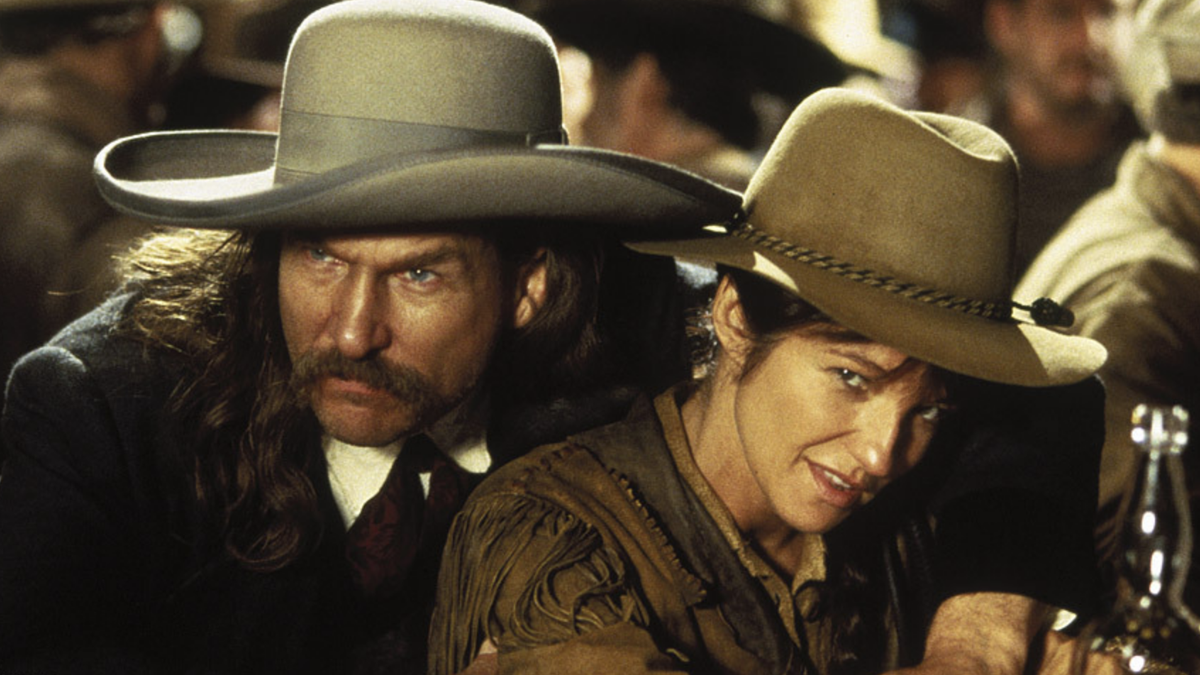 “Excuse me while I pull up my pants. Don’t want no back of the head shot like Mr. Lincoln.”

Twilight Time has proven themselves to be the main source for films from director-writer Walter Hill. In the last few years they have released The Driver, Hard Times, Wild Bill, and Geronimo. For movie fans, this is a good thing. I have enjoyed watching these films and getting to know his filmography better. Walter Hill started his career as a writer and worked on films like The Thomas Crown Affair and Sam Peckinpah’s The Getaway, before his career as a director took off. He is best known for his film 48 Hours, but I have enjoyed everything of his that I have checked out (especially the criminally underrated Last Man Standing which I have liked since I was a teenager.) Wild Bill is one of Hill’s most adventurous undertakings in terms of form.

The film intentionally jumps from different periods of Bill’s life so summarizing the incidents in the film would do the film a disservice. Instead I will point to some time periods covered in the film. I will say that the film begins with a funeral just outside of the town of Deadwood. Wild Bill’s friends Charles Prince and Calamity Jane mourn him (John Hurt and Ellen Barkin.) The next scene cuts back to Wild Bill (Jeff Bridges) as he uses a mirror to line up his pistol and shoot a shot glass off of a dog’s head. This occurs in the middle of a bar to the adoration of its patrons. From this opening the film manages to cover Bill’s time in the Nebraska territory in 1867, his time in Abilene, Kansas in 1871, his theater company days, and finally his days in Deadwood which lead to his demise.

The approach of the film is either the reason the film is great to a viewer or the reason it fails to connect with the viewer. Based on the play Fathers and Sons by Thomas Babe and the book Deadwood by Pete Dexter, the film tries to give an all-encompassing look at his life through vignettes that can last for only a moment or sometimes for a few moments before it settles into his final days and how he perished which is the majority of the last half of the film. I found this approach a little bit jarring at first and obviously so did many critics  and viewers at the time because the film failed to connect properly with both. This is one reason why I think Twilight Time is such an interesting label. They released this film with the intent that people would reconsider the film and I feel like on a second viewing of the film it connects much better. It is also worth pointing out that Walter Hill went on to direct the first episode of the excellent HBO series Deadwood, which is very different from this film but owes the homework that Hill did for this film a debt of gratitude.

The main reason to watch the film is Jeff Bridges in the main role. I love Jeff Bridges in everything, but he nails the role. He plays Wild Bill large as life and infuses a mischievous energy into the film that might have been lacking if the role had gone to somebody else. This film has been hailed by some viewers for having inarguably the most beautiful cast to ever star in a Western. Christina Applegate plays a prostitute named Arlene. Diane Lane plays a love interest in Bill’s early life. The beautiful Ellen Barkin plays Calamity Jane and is easily the most beautiful Calamity Jane ever put on celluloid.

There are some heavy hitters in small roles as well. Keith Carradine plays Buffalo Bill Cody. Bruce Dean plays Will Plumber in my favorite scene from the film. David Arquette plays a kid named Jack McCall that is set on killing Wild Bill for killing his dad and abandoning his mom. I think that the performance by Arquette will be another point of contention in the film. Some will enjoy his performance, and some will find it irritating. I am somewhere in the middle but can’t say that it was bad casting.

Another reason for checking out the film is the scale of the production. The film had the hard task of recreating several different time periods and towns and they dove head-first and made these recreations as lively and full of detail as possible. There was definitely some money that went into the film and it shows.

This movie is pretty interesting. Not all that happens in the film is completely factual, so doing some research after you watch it will be of great interest to you. It will have fans and detractors in equal measure, but I count myself as a fan. That said, it may be prudent to rent the film prior to a purchase to make sure it is your cup of tea.

Wild Bill arrives on Blu-ray with a 1080p MPEG-4 AVC encoded image in 1.85:1 from a 2K scan as provided by MGM. Fans of Walter Hill will see comparable imagery to his films Last Man Standing and Geronimo. Fine detail is good, and the film has a Nineties look. There are several techniques used in the film that change the appearance of the film. There is some handheld camera footage that is decidedly less detailed and certain scenes are in Sepia tone or Black and White. This technique is a little hit or miss but doesn’t detract from the enjoyment of the film. Overall, the film looks very nice in high definition.

The DTS-HD MA 5.1 track for Wild Bill is very commanding at times. The music provided by Van Dyke Parks does a good job of transporting the viewer back to that time. During scenes of violence the film can get fairly loud but given that the latter half of the film is based on a play, I was pleased that the dialogue was very easy to hear and understand. There was no hiss that I could discern. I saw no flaws in the track that stood out to me.

Wild Bill is an interesting film by the masterful Walter Hill. While some people will be turned off by how the film is staged, I feel that it gets appreciably better on a second viewing when you know how the film works. Jeff Bridges is excellent in the film and I love watching Ellen Barkin on screen. This film comes recommended with the minor caveat that a rental may be helpful to determine if you should purchase the film. As per usual, the video and audio transfers from Twilight Time are exemplary.