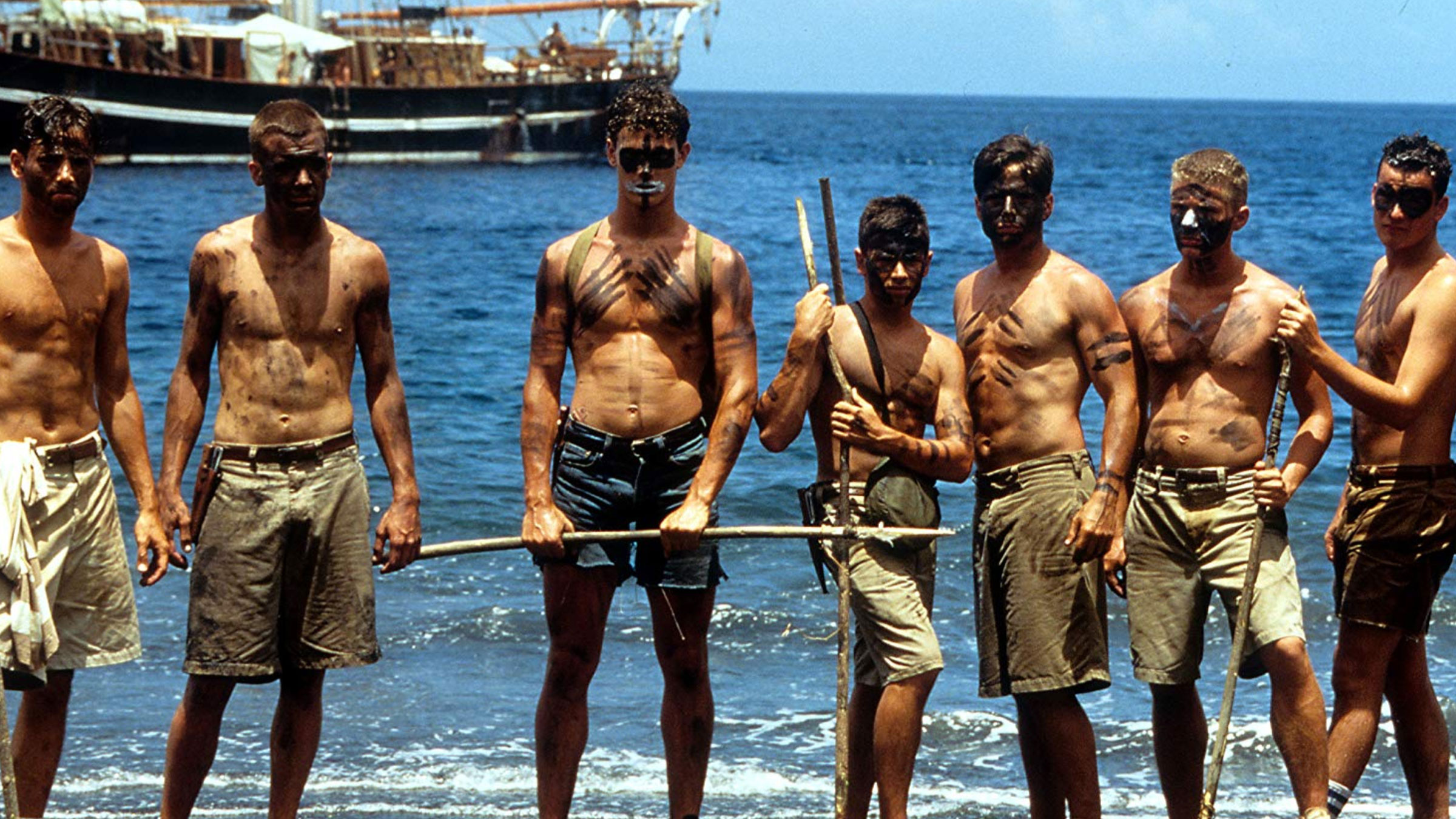 I don’t know what it is about the sea, but it scares me to death. There are certain individuals, however, who can’t get enough of it (my father being one of those). But the premise behind White Squall isn’t just how the sea can turn on someone, but the teamwork and fellowship that can occur when individuals work together. Director Ridley Scott (who went onto win an Oscar for Best Director a few years after this film came out) has been associated with some fairly critically-acclaimed films in his day. Be it Alien, Blade Runner, Thelma & Louise or Gladiator, Scott has put his unique stamp on those films. So early in 1996 along with veteran actor Jeff Bridges and a relatively unknown cast of teens, we were greeted with White Squall.

The movie tells the true-life story of Capt. Christopher Sheldon (Jeff Bridges) as he takes a small group of high school seniors around the world on his boat, the Albatross. The boys have some problems, but as they’re faced with adversity, they learn teamwork and trust. Set against the backdrop of the Cuban Missle Crisis, the crew is faced with more than a few setbacks but none as major as the storm that Mother Nature throws their way (it’s called White Squall for a reason, remember). We get an insight into a few of the major characters’ thoughts, namely Gil (Ryan Phillippe) who lost his brother and seems to have a death wish. There’s troubled Frank (Jeremy Sisto) who has some issues with his overbearing father and Chuck Gieg (Scott Wolf) who also serves as the film’s narrator.

Admittedly this film isn’t one of Ridley Scott’s best, but I’ve seen it a few times and actually enjoyed it. Jeff Bridges turns in another solid performance and with the film being over 15 years old now, time has shown that Ryan Phillippe, Jeremy Sisto and Scott Wolf have all gone onto relatively successful movie careers. The film wasn’t exactly a box office success, but it’s not like every movie that made $300 million at the box office is critically-acclaimed, either. There’s a simple and pertinent message in the film and Ridley Scott seems to capture both the essence of the film, while not understating it. I’ve the feeling that White Squall is a movie that most haven’t seen and I’d recommend it for some good performances and an entertaining story.

It’s been a while since I’ve seen the film and probably the last time for me to do so was when the previously-released Blu-ray was issued. Looking at this issue by Kino, I can’t really see that anything noticeable has been done to the transfer. And there was nothing in the press release or on the box to indicate a new image. That said, a majority of the movie takes place at sea, so we’re treated to plenty of instances in which the picture might have jitters or some artifacting. Thankfully that’s not the case. Flesh tones are a bit on the overcooked side, but we get plenty of detail. Black levels are nearly on target, though a few of the darker scenes seem to have the slightest bit of artifacting to them.

This appears to be the same track used on the previous offering. By and large, this DTS HD Master Audio soundtrack is dialogue-driven. There are a few scenes that sound a bit better than others, but the front stage takes the burden of the mix. And then there’s the featured scene in which they encounter the White Squall. Yes, this is the marquee scene, audio-wise, for the film and let me say that no punches are pulled. The LFE are very active, surrounds chime in throughout and if you don’t feel like you’re immersed in the ocean, then you need to get yourself some new speakers.

When it comes to Ridley Scott films, this one is usually overlooked. And it’s a shame. It’s a great film with plenty of (at the time) “undiscovered” talent. Kino’s Blu-ray looks and sounds good and adds a short featurette. Given that the old Blu-ray is out or print, this is an acceptable substitute.