It’s been nearly two decades since Mel Gibson’s last leading role and among the last was the vehicle with he and Helen Hunt. The title of that movie, you might have guessed, was What Women Want. In it Gibson played an advertising executive who was able to read women’s minds and through it all he learned how to be a better man. Gibson’s subsequent substance problems somewhat blackballed him from Hollywood for a few years, but he recovered (though his career as a leading man is most likely a thing of the past). But in this business everything old is new again and now we’ve got a remake/sequel of sorts with What Men Want. Is the title that telling or is there something underneath the surface?

There’s nothing underneath the surface.

Ali Davis (Taraji P. Henson) is a sports agent and a good one at that. She’s about to make partner in her firm, but she’s thrown for a loop when she’s passed over for what looked to be a slam dunk. She’s upset, but if she can sign the biggest NBA draft pick, Jamal Berry (Shane Paul McGhie) and his manager (Tracy Morgan), then she will, finally, get that promotion that she’s wanted so badly. But here’s the hook: things change for her when she sees a psychic at a friend’s party. She leaves with the ability to hear men’s thoughts. Ali uses this to her advantage to manipulate the males around her, though as we might expect – it all backfires.

Thankfully the careers of Taraji P. Henson and Tracy Morgan are on solid ground, because otherwise I don’t know if they’d get much work after a film like this. While I wouldn’t classify this as terrible, it’s just outright predictable. That and if you’ve seen the Mel Gibson/Helen Hunt version, you’ll know how it ends. And while formulaic, there are some genuinely funny moments to be had. I’m not the biggest fan of the NBA (I don’t even have a favorite team), but there are more than a few familiar faces and their cameos. A supplemental feature goes into more detail.

While the movie left a bit to be desired, there’s no faulting Paramount’s 2.39:1 AVC HD encode. It looks stunning from beginning to end. Contrast is solid, detail is spectacular (Henson isn’t exactly hard on the eyes) and the color palette is warm and friendly throughout. We’re treated to a bevy of different scenes, ranging from the corporate office world to the basketball court (which was pretty much given) and everything in between. It’s a pretty standard offering, but one that’s sure to please.

Paramount won’t let Dolby TrueHD go. Hey, I’ve always liked the audio format so no complaints here. Bucking the trend to offer a DTS HD Master Audio mix, this TrueHD offering checks all the boxes. Most of the action is physical, though we do get a few moments that had even my head turning. Vocals and dialogue are sharp and solid, as expected. Like the video, it’s a nice offering and concurrent with a new to the format film.

I haven’t seen What Women Want in quite some time. If anything, seeing this makes me want to check that out again after all these years. Morgan and Henson turn in some good performances, but there’s just too much predictability going on here. Paramount’s disc looks and sounds great and offers up enough supplements that true fans might want to pick it up. 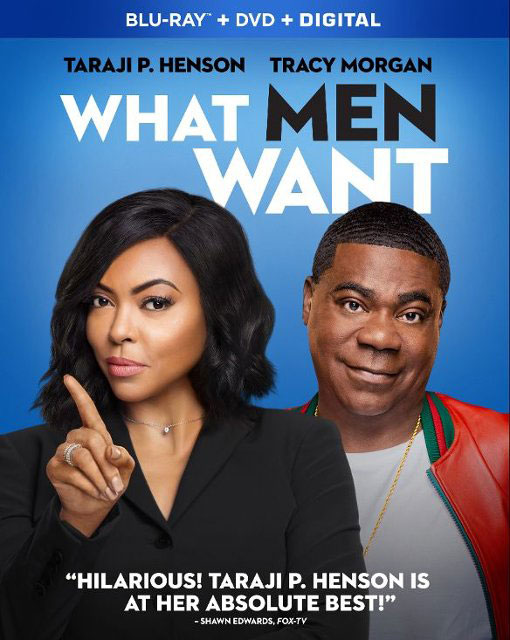