What Ever Happened to Aunt Alice (Blu-ray) 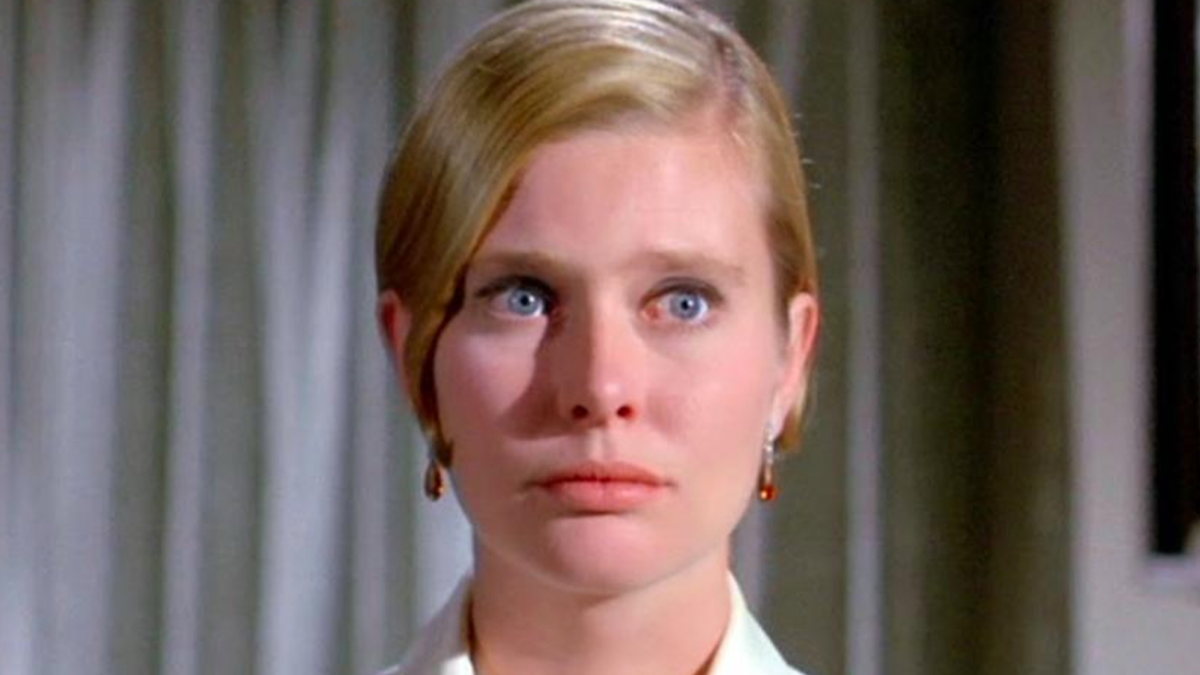 After her husband dies and leaves her only a stamp collection, Mrs. Marrable (Geraldine Page) hopes to continue her lavish lifestyle. We learn that she is hiring housekeepers, but not only robbing them out of their money, but murdering them and burying them out in her garden. Her scam seems to be working in her favor. That is until Mrs. Dimmock (Ruth Gordon) enters it. She is a little different than previous housekeepers, but in a way that may lead to her demise, or lead to Mrs. Marrable getting caught. Mrs. Dimmock’s real motives for taking the job are indeed to find answers. She wants to find out what happened to her friend, Miss Tinsley who was a previous housekeeper. The film is produced by Robert Aldrich, which I learned via the commentary on this disc that it is the only film he produced, but didn’t direct. It’s a film that’s well worth watching even if it’s not necessarily worth watching multiple times.

The film not only has a chilling premise, but there’s an uneasiness flowing throughout it. It’s a little slower than I anticipated, but it does get under the skin in more ways than one. We’re limited to a single setting throughout the majority of the film, and this adds a bit to the claustrophobia and tension. With it also taking place in Arizona there’s a feeling of being secluded, with little resources to rely on for help. There are a few more characters that get smaller roles, including a dog that tries to dig at the garden, which might lead to the discovery of the bodies. But mostly this is a game of wits between Mrs. Marrable and Mrs. Dimmock. The music heard in the film gets cranked up a bit to add to the tension, and there are a few genuinely creepy moments. Some moments are indeed frustrating, but the film maintained my interest throughout. Despite a lack of action, the film did grip me and keep me with it.

One great thing about getting solicitations for films is that you’ll often discover films that you missed over the years. That was the case with Alice as I hadn’t heard of it before viewing it for this review. The cover art intrigued me enough, along with the basic premise to want to check it out. I don’t find myself wanting to revisit this, but it’s definitely worth a one-time viewing. Check it out.

The back of the case mentions this being a 4K scan of the original camera negative. This marks my first viewing of the film, but it does look quite nice. I noticed that the exterior scenes were definitely stronger than the interior ones. They’re able to really showcase the attractive Arizona setting, and with great clarity. Many of the interior scenes, while nice, do show a bit of grain. This is a darkly lit film in many scenes, so they had their work cut out for them when restoring the film. Still, they did a solid job. The image is AVC encoded with a 1.85:1 ratio. It’s a good, if not great transfer.

The DTS HD track is also a great companion to the film. This is a talky, dialogue heavy film, so have that in mind. Still, there’s the expected clarity. A barking dog felt like it was right in the room and there are a few scenes featuring the canine. While not an overly active track, it serves the film as it should.

What Ever Happened to Aunt Alice gets a lot of mileage out of its basic, but chilling premise and its two leads. It’s not always an easy film to sit through, but it kept me with it. I don’t see myself wanting to watch it again, but I’m glad I saw it once. Kino has done a solid job with the transfer and the quality commentary track provides plenty of good tidbits. Recommended.